ESPN
PHILADELPHIA -- Justin Bieber's biggest smash hit may have been the one Chris Pronger gave him during All-Star weekend.

Is it too late for Pronger to say sorry?

Well, Pronger, one of the NHL's greatest defensemen, certainly won't apologize for the smackdown he delivered on Bieber that became a social media sensation.

Pronger, who works for the NHL's Department of Player Safety, joked that he fined himself $5 during a one-man hearing.

Bieber was driven into the boards in the first half of a celebrity exhibition game by a laughing Pronger, who spent 18 years in the league as a hardnosed defenseman.

"Just good fun," Pronger said Thursday night. "A little massage to his back, a little face wash. I tried to hit the full spectrum."

Pronger was in Philadelphia as part of a celebration of former Flyers captains in the team's 50th anniversary season. He helped lead the Flyers to the 2010 Stanley Cup finals, which they lost to the Chicago Blackhawks in six games.

Pronger's grin captured in the photo made it seem like he had one of the happiest hits in his hockey career.

"I wouldn't go that far," Pronger said. "Certainly getting a lot of mileage out of a photo, that's for sure." 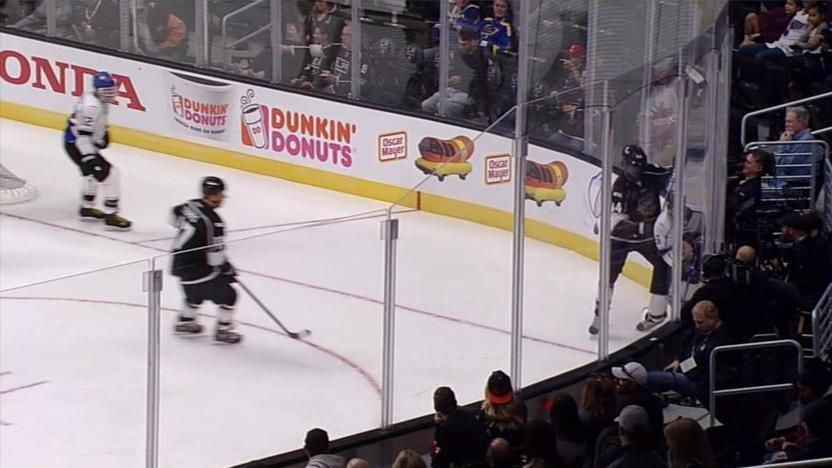