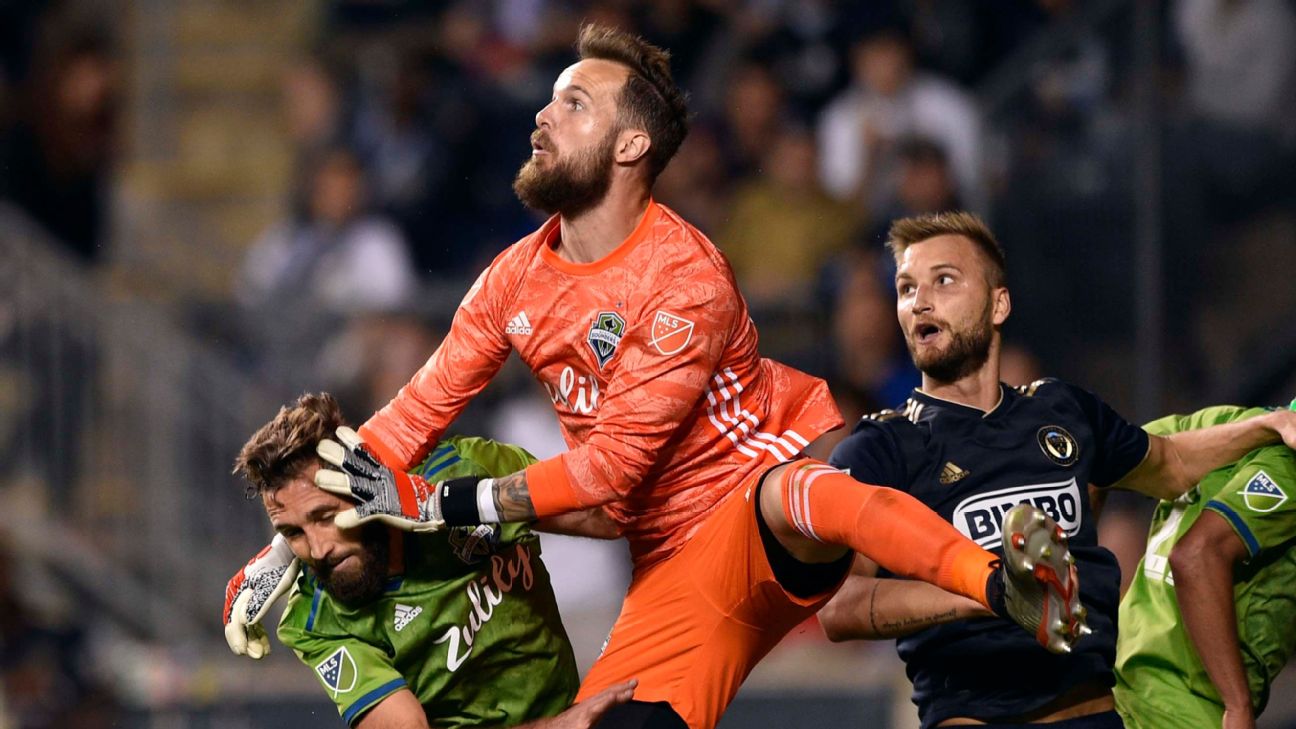 Stefan Frei recorded six saves as the visiting Seattle Sounders played to a scoreless draw against the Philadelphia Union on Saturday at Chester, Pa.

Andre Blake made one save in his return from a four-game injury absence for the Union (7-3-3), who have outscored the opposition 14-3 during their 4-0-2 mark in their last six matches.

Blake, who sustained a groin injury in Philadelphia's 3-0 victory over Montreal on April 20, also had a clean sheet against Seattle last season. He finished with four saves in the Union's 1-0 victory at CenturyLink Field on Sept. 19, 2018.

Frei, however, was the busier goalkeeper on the night and helped the Sounders (7-1-5) extend their unbeaten streak to six matches (2-0-4). Seattle, however, is 0-3-3 in six road matches against Philadelphia.

The Union dominated possession in the opening half and saw their best opportunity to open the scoring thwarted in the 18th minute. Frei made a diving one-handed stop on Brenden Aaronson's right-footed shot from outside the box.

Aaronson wasn't done, as his left-footed shot from approximately 25 yards out sailed wide of the net in the 49th minute and his point-blank bid in the 69th minute found the stands.

The Union kept the pitch tilted in their favor, with Frei forced to make a save after Kacper Przybylko nearly headed home Haris Medunjanin's cross in the 58th minute.

Frei extended his body to tip Jamiro Monteiro's right-footed shot from outside the box just past the left post in the 75rd minute.

Seattle's best opportunities to draw first blood in the opening half came in the seventh and 40th minutes, respectively.

Saad Abdul-Salaam's header from the center of the box sailed wide of the net early on while Nicolas Lodeiro's cross found Will Bruin, whose header in the box was denied by Blake. 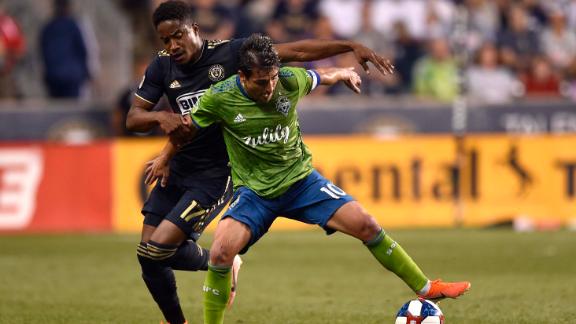