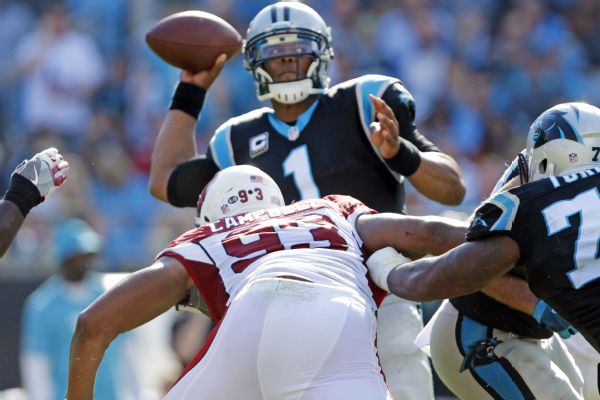 Campbell's fine was first reported by USA Today, which also noted that he is appealing, citing a person with knowledge of the situation.

The hit did not draw a flag, but the league has since admitted Campbell should have been penalized for roughing the passer.

After Sunday's 30-20 victory over Arizona, Newton complained about not receiving the same treatment as other quarterbacks regarding late hits in the pocket.

The NFL MVP said the breaking point was the non-call on Campbell's hit below the knees in the third quarter.

On Wednesday, Newton said he had a "great discussion" with NFL commissioner Roger Goodell about the number of hits he takes in the pocket.

ESPN's David Newton and The Associated Press contributed to this report.