Source: Decision on Les Miles finalized in 2nd half of Saturday's win 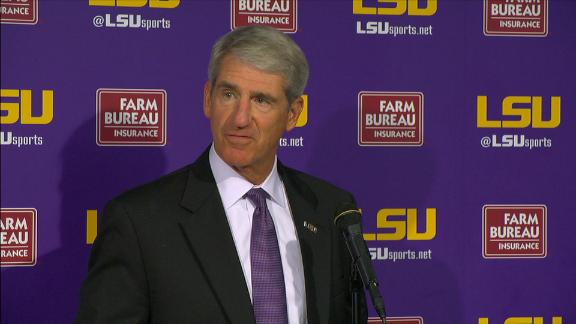 Les Miles will remain as coach at LSU, athletic director Joe Alleva said Saturday night, ending a week of intense speculation that he would not return.

A source involved in the talks told ESPN's Joe Schad that the decision to retain Miles was not made until the third quarter of Saturday night's 19-7 victory over Texas A&M.

"Obviously there's been quite a bit of speculation in the past few days about the future of our football coach and our football program," Alleva said. "I made it very clear that my policy is to wait 'til the end of the season, and obviously it's the end of the regular season.

"The season's complete, and I want to make it very clear and positive that Les Miles is our football coach and he will continue to be our football coach. I'm looking forward to working with Coach Miles as he leads this team to a bowl game and another great recruiting class."

After the victory over the Aggies, Tigers players lifted Miles on their shoulders and carried him down the field toward the student section as the crowd chanted "Keep Les Miles! Keep Les Miles!''

The coach said he was initially told he would remain at LSU after the game, first by school president F. King Alexander, then by Alleva.

Decision-makers at the school, the source told Schad, felt that the media had swayed the public and that a decision to remove Miles would have been perceived as mean-spirited because he had become a sympathetic figure.

In addition, the source said the university felt it would have been difficult to ask for funds from the state in the future because a buyout of Miles' contract would have been paid by private donations.

"I am proud to be associated with a great institution, my colleagues, my coaches, my players and the president and athletic director," Miles said. "It's a joy. It's nice for them to come say to me, 'Hey, the job you've been doing, you can still do it.' I like that."

Miles' job status had been in question for more than a week, and speculation had intensified after the program's first three-game losing streak since 1999.

A source told Schad on Friday that LSU leadership was "heavily in favor" of a change but that a final decision had not been made and that Miles had not been formally informed he would not return. Another source said Miles was "very likely" to be let go soon.

But a source told Schad that public pressure and sentiment was a key factor in the school's decision to keep Miles.

There was the emotional Miles lovefest at his Wednesday call-in show, with children and adults alike shedding tears over the possibility that this week would be it for their popular coach. They showed up in full force as the team marched into Tiger Stadium before Saturday's game, with Miles remarking on LSU's pregame radio show that it "was as deep a crowd as I've ever seen on Victory Hill."

And they held up signs with messages like "Les is More" and "Les is LSU" throughout the game.

Linemen Vadal Alexander and Christian LaCouture carried him off the field once the Tigers wrapped up the victory.

Miles, in his 11th year, has won two SEC titles and one national championship since becoming LSU coach in 2005. He is 111-32 at the school and has the best winning percentage of any coach in the modern era of LSU football.

Miles said Saturday that he would consider changes to his staff and the offense. 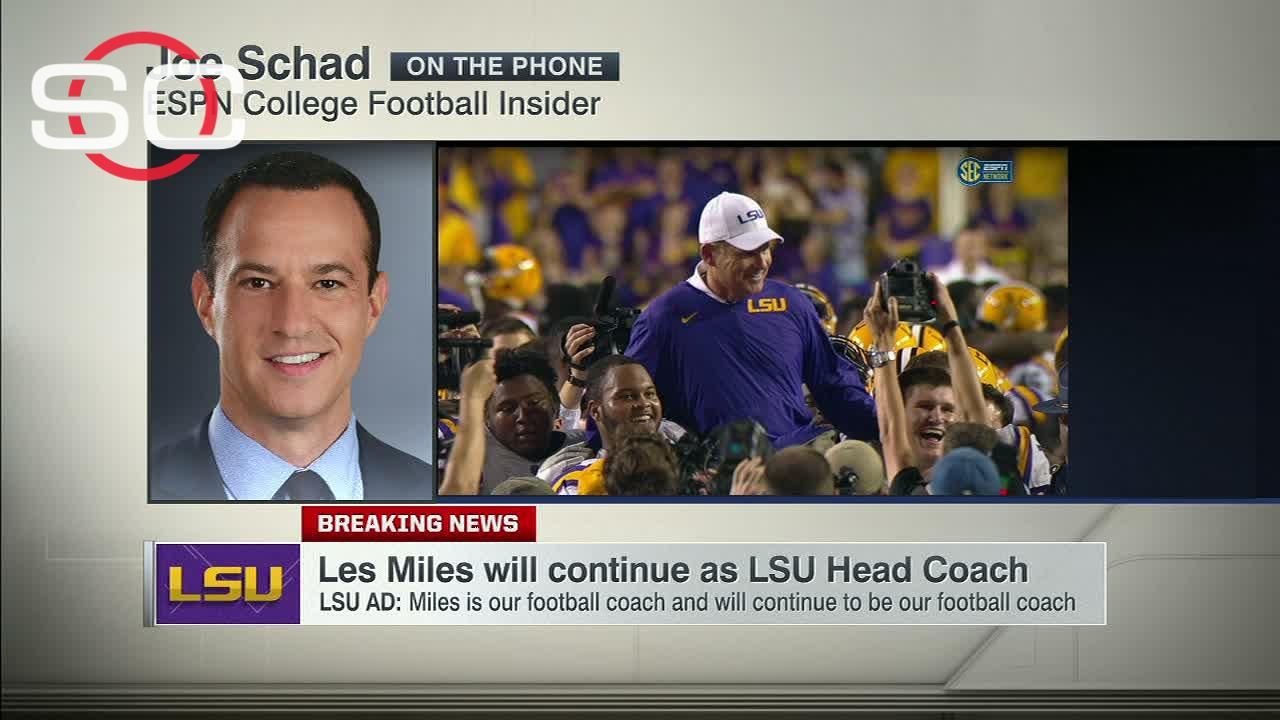