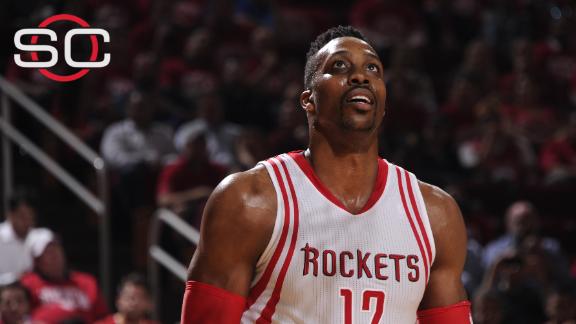 When Dwight Howard starts having his free-agent meetings Friday, he'll seek a contract starting at $24 million a season, according to a source.

Howard is expected to conduct his meetings in his hometown of Atlanta, with theHawks and Celticshaving secured the first discussions with the center.

The Portland Trail Blazers and Charlotte Hornetsalso have expressed interest in Howard, who declined a player option with theHouston Rocketsat $23.2 million.

The amount Howard is seeking isn't that far from what he declined with the Rockets. However, the Rockets didn't believe Howard was worth $23.2 million and wanted the 30-year-old to take a contract with a reduced financial package.

Howard is one of several centers entering free agency seeking big-time money. Al Horford, Hassan Whiteside and Howard are at the top of the list. Detroit's Andre Drummond is a restricted free agent, and any offer he receives is expected to be matched by the Pistons.

The Undefeated's Marc J. Spears contributed to this report.