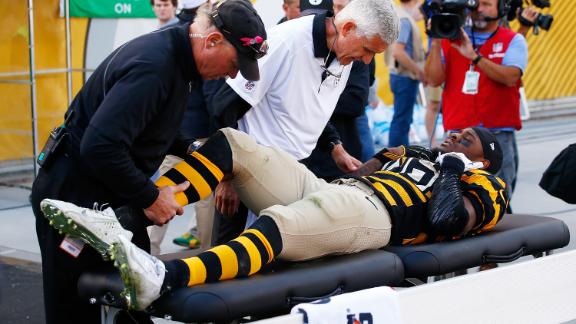 Steelers star running back Le'Veon Bell"badly tore" his right MCLafter his knee was bent backward on a tackle and is likely to miss the rest of the 2015 season, a league source told ESPN NFL Insider Adam Schefter.

The source said Bell will be re-evaluated Monday, and formerRamsRB Isaiah Pead is on his way to Pittsburgh for a tryout.

Bell was catching a pass from quarterback Ben Roethlisberger early in the second quarter of Sunday's 16-10 loss toCincinnatiwhen linebacker Vontaze Burfict made the tackle, then appeared to celebrate with teammates from clear across the field.

"He's that type of guy," Steelers guard Ramon Foster said. "That type of guy will get his sooner or later. ... If you've played against him, you know what I mean by it. He'll play it off, act dumb about it, but you don't run across the field acting hyped, celebrating, running up and down when a guy goes down like that."

Burfict told reporters he wasn't aware that Bell was hurt, and he added that he was friends with the Steelers rusher.

Bell was carted off the field and left Heinz Field for further evaluation and did not return. He later took to Twitter to thank fans for the outpouring of support.

Bell, who entered the game with 511 rushing yards in five games, was down for a few minutes and was helped off the field by trainers. But he appeared to move the knee while sitting on the cart, which could be a good sign.

Defensive endCam Heywardsaid he's going to "pray for my guy Le'Veon. ... It's an unfortunate situation."

Bell, who was suspended two games earlier this season for marijuana use, and Roethlisberger, who missed four games with a knee injury, have played a total of just 39 snaps together this season, according to ESPN Stats & Information.

Le'Veon Bell suffers gruesome knee injury
In the second half of the Bengals Steelers game Le'Veon Bell gets hit in the knee along the sideline and has to be carted to the locker room. 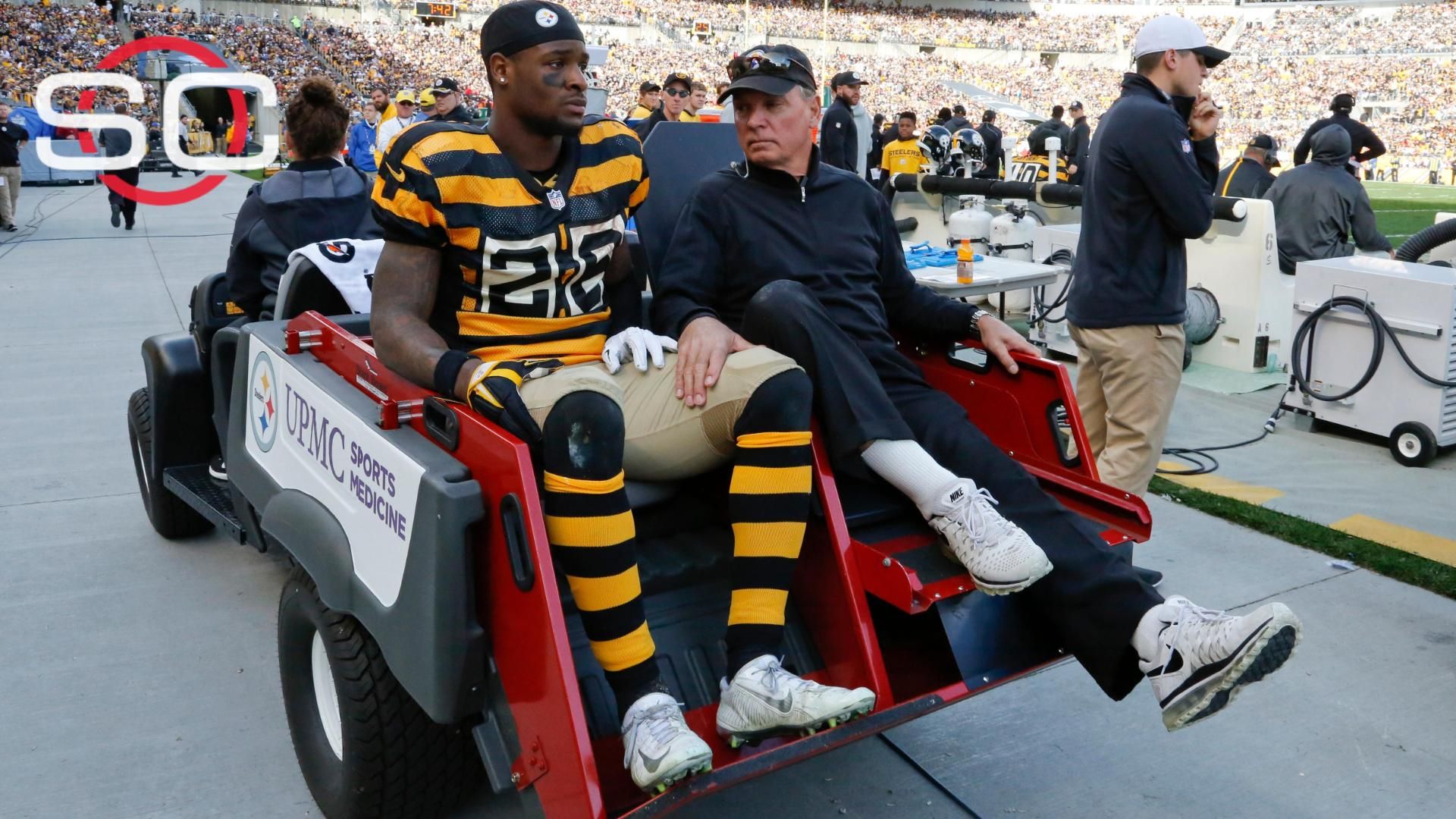