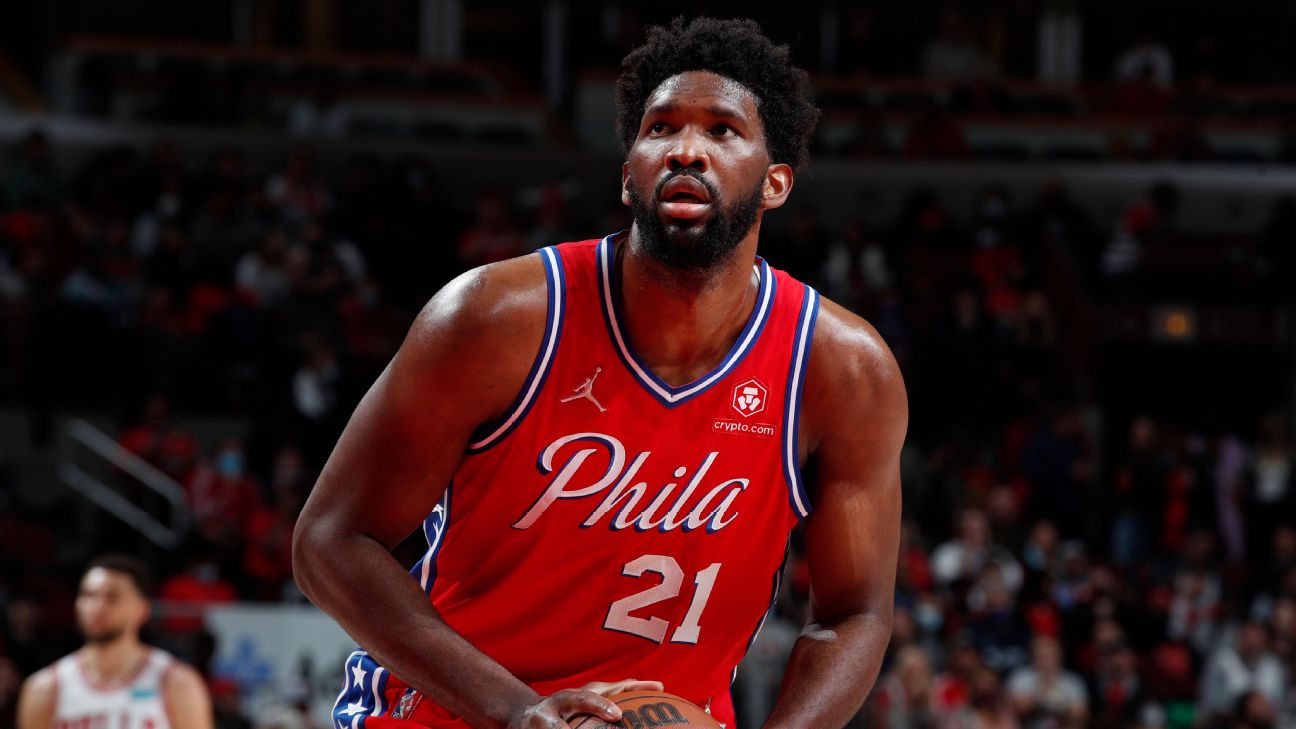 Embiid will miss Monday's game against New York Knicks, and he will sit for at least 10 days, per the NBA's health and safety protocols. That would mean that Embiid would miss at least five games and would potentially be able to return sometime late next week, while Philadelphia is in the middle of a six-game road trip, primarily on the West Coast.


Embiid is the fourth 76er currently in the health and safety protocols, joining forward Tobias Harris and guards Matisse Thybulle and Isaiah Joe.

Embiid, who is averaging 21.4 points, 9.4 rebounds and a career-high 4.0 assists in nine games for the East-leading 76ers this season, was originally scheduled to take Monday night's game off against the Knicks for rest, even before entering the protocols.

With Embiid sidelined, veteran center Andre Drummond, who signed with Philadelphia as a free agent this summer, will take his place in the starting lineup.

Harris enteredthe NBA's health and safety protocols a week ago, shortly before the 76ers tipped off against the Portland Trail Blazersand after he was working out on the court before the game.


The 76ers went on to win that game without Harris and Embiid, who was resting that night, as well as further wins against the Chicago Bulls (twice) and Detroit Pistons later in the week without Harris.

That surge pushed Philadelphia to the top of the Eastern Conference standings entering tonight's game against New York.

Since banging knees with New Orleans Pelicans center Jonas Valanciunas in Philadelphia's season-opening victory, Embiid has been dealing with recurring knee soreness. So far, though, he has missed only one game -- last Monday's game against Portland.

Philadelphia continues to be without Ben Simmons, who has yet to play a game for the team as he seeks a trade away from the only team he has played for in his five-plus NBA seasons. 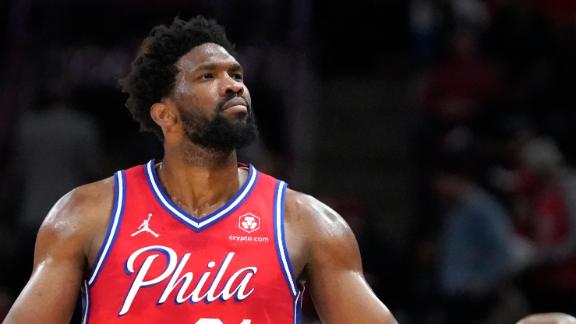