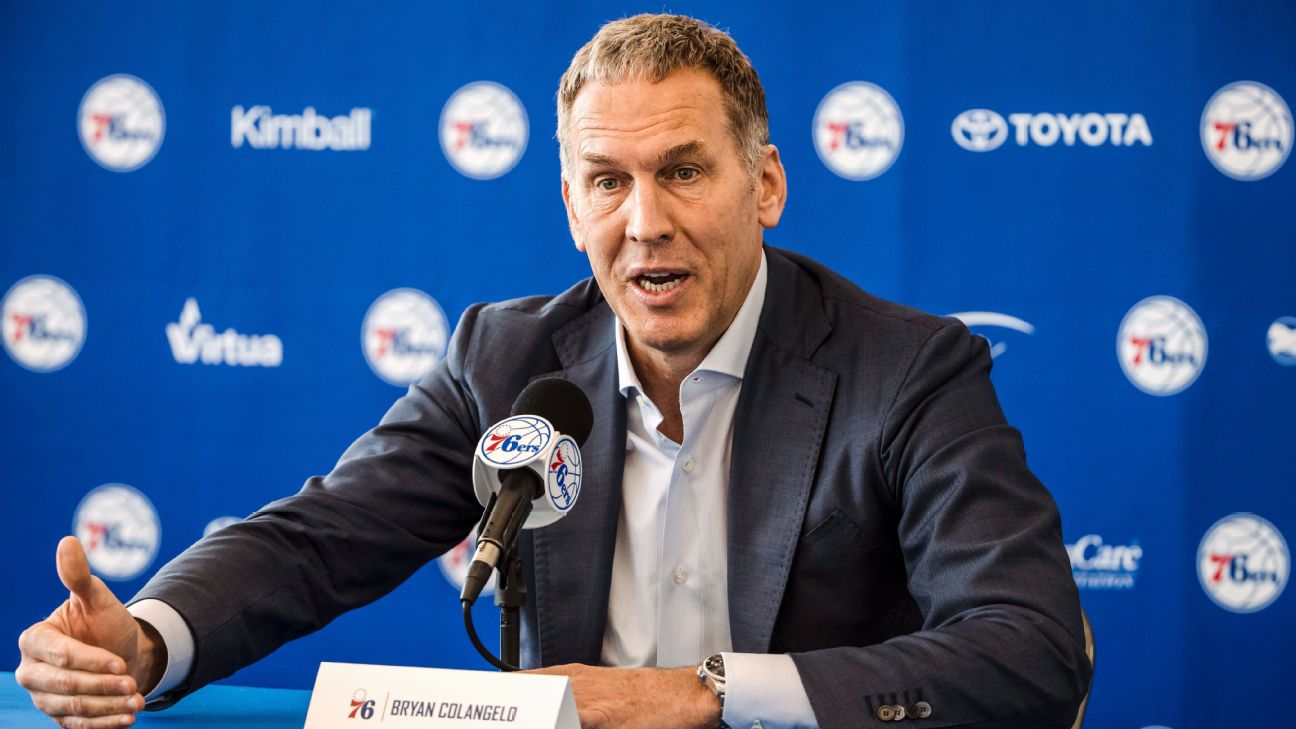 The probe hasn't been completed, and a final decision has yet to be rendered, but the fallout froma report by The Ringer that connected Twitter accounts unleashing privileged information and provocative attacks surrounding the Sixers has left ownership flushed with embarrassment and anger -- and Colangelo fighting for his professional life, league sources said.

Colangelo, a two-time past NBA Executive of the Year, has discussed with ownership and upper management the possibility that his wife, Barbara Bottini, may have been involved in the postings of the tweets from so-called burner accounts, league sources said.

So far, Philadelphia ownership has shown little, if any, inclination to separate Colangelo's culpability in the matter should a family member or close associate be proven responsible for the postings, league sources said.

While many of Colangelo's staff with the Sixers are bracing for his dismissal, some are still holding on to hope that he can somehow survive this firestorm with this job, sources say.

Ownership fears that Colangelo's credibility inside and outside the organization may be too badly damaged to continue his job, especially within a month of a July free-agency period when the Sixers plan to pursue superstars such asLeBron James and Paul George to partner with young stars Joel Embiid and Ben Simmons.

But beyond the franchise's credibility in recruiting prospective players, the bigger concern rests on the personal attacks on Embiid in the postings, the second-team All-NBA center and franchise superstar.

"I talked to him, and he said that he didn't say that," Embiid told ESPN on Tuesday night about Colangelo. "He called me just to deny the story. Gotta believe him until proven otherwise. If true though, that would be really bad."

The Sixers commissioned an outside law firm to investigate the matter, and that investigation has already included the surrendering of Colangelo's cell phones, league sources said.

Colangelo has told close associates that he believes he knows who is responsible for the tweets but has insisted to those inside and outside the investigation that he had nothing to do with the postings and was unaware of them until The Ringer brought them to the Sixers' attention prior to publication of the story this week, league sources said.

Some of the tweets took issue with Embiid's off-court behavior. Others claimed former center Nerlens Noel was a problem in the locker room and that Jahlil Okafor's injury issues may have scuttled a trade to the Pelicans.

The tweets included defenses of Colangelo's job performance and disparaging comments about his predecessor with the Sixers, Sam Hinkie, and his successor as president of the Toronto Raptors, Masai Ujiri. Other tweets alluded to sensitive information about events leading to Markelle Fultz's bizarre season-long shooting yips.

The tweets mentioned the Sixers have video footage, presumably from their practice facility, of Fultz's trainer, Keith Williams, instructing Fultz to shoot while sitting on a chair lying on his back. Only a small circle of Sixers would have been privy to that information.

NBA commissioner Adam Silver responded to the turmoil surrounding Colangelo and the Sixers at his annual NBA Finals news conference on Thursday, cautioning against a rush to judgment on the controversy.

"The notion here was, let's find out what's going on," Silver said. "You have to separate sort of the chatter and sort of what either fans or, frankly, the media are saying from the facts. And the first thing we have to do here is determine what the actual facts are in this circumstance." 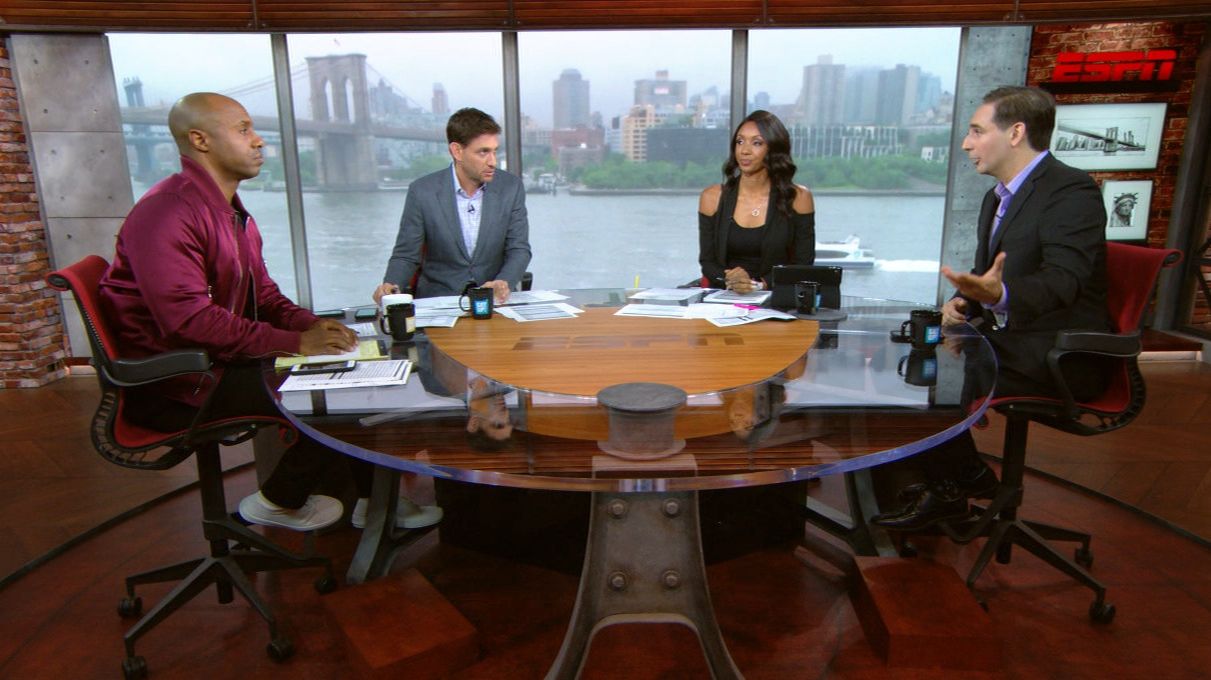 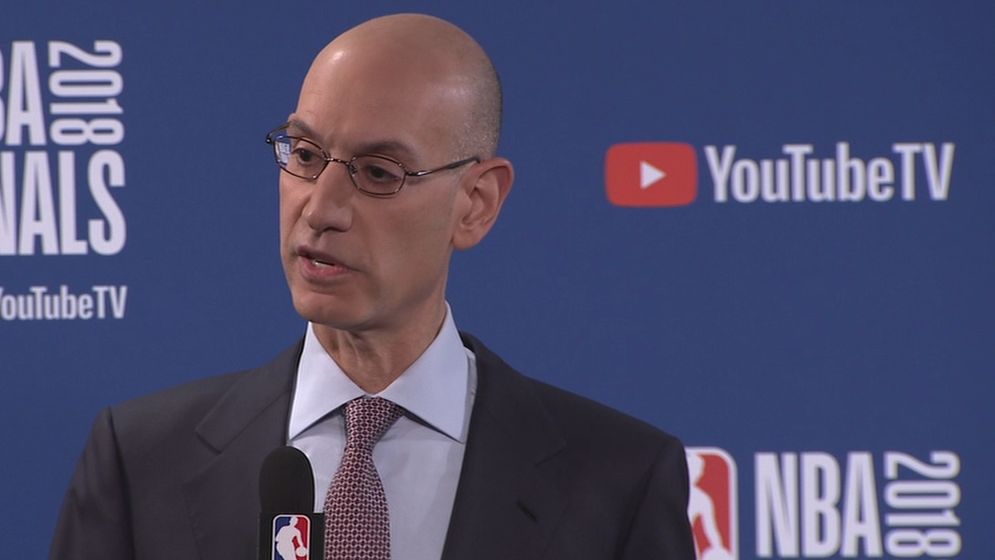 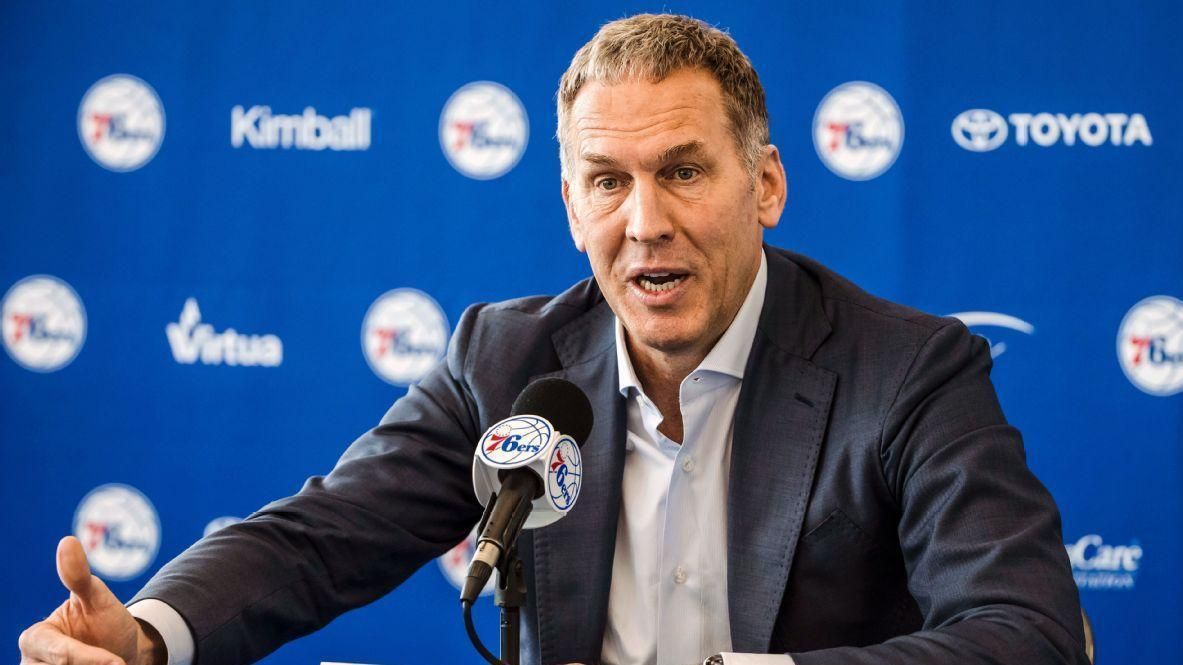