Sources: Colin Kaepernick can choose to be free agent after year

The San Francisco 49ers and Colin Kaepernick have signed a restructuring of the quarterback's contract, wiping out the final four years and turning it into a two-year deal with a player option for the second year, sources told ESPN.

The monetary value of the deal for this year remains the same, with the second year, should Kaepernick choose to stay, carrying a $16.5 million salary but no money guaranteed.

The 49ers confirmed that they had reworked the quarterback's contract but did not announce any additional details.

Sources told ESPN that Kaepernick can void the deal after this season, before the new league year begins in March, allowing him to become an unrestricted free agent if he chooses. The 49ers will not be allowed to use their franchise tag on him.

Given that whether Kaepernick is on the roster is ultimately up to him, his 46-man roster bonuses are converted into guaranteed salary. A playing-time bonus and insurance policy are also part of the restructured deal.

Because the contract was altered this season, the 49ers are not eligible to receive a compensatory pick if Kaepernick signs elsewhere after the season.

The two sides had spent months trying to rework the contract -- dating back to San Francisco's trade conversations with the Denver Broncos in the spring -- but the talks heated up over the past four weeks.

Asked Tuesday if he felt any pressure to have a reworked contract before he started Sunday's game, Kaepernick said, "No, I feel no pressure." But he did acknowledge, "We have had discussions."

Should Kaepernick elect to opt out after the season, his $16.5 million in base salary for 2017 will come off San Francisco's books.

Last season, the Washington Redskins would not play Robert Griffin III for fear that he could get hurt and the team would be on the hook for his contract the next year. The 49ers had been unwilling to play Kaepernick so far this season for a variety of reasons; coach Chip Kelly, who named Kaepernick as his starting quarterback Tuesday, has denied that the quarterback's contract entered into his decision.

But a reworked contract gives the 49ers more flexibility and security and offers Kaepernick the ability to depart San Francisco after this season, so it would appear to be a win-win for both sides.

Information from ESPN staff writer Nick Wagoner was used in this report. 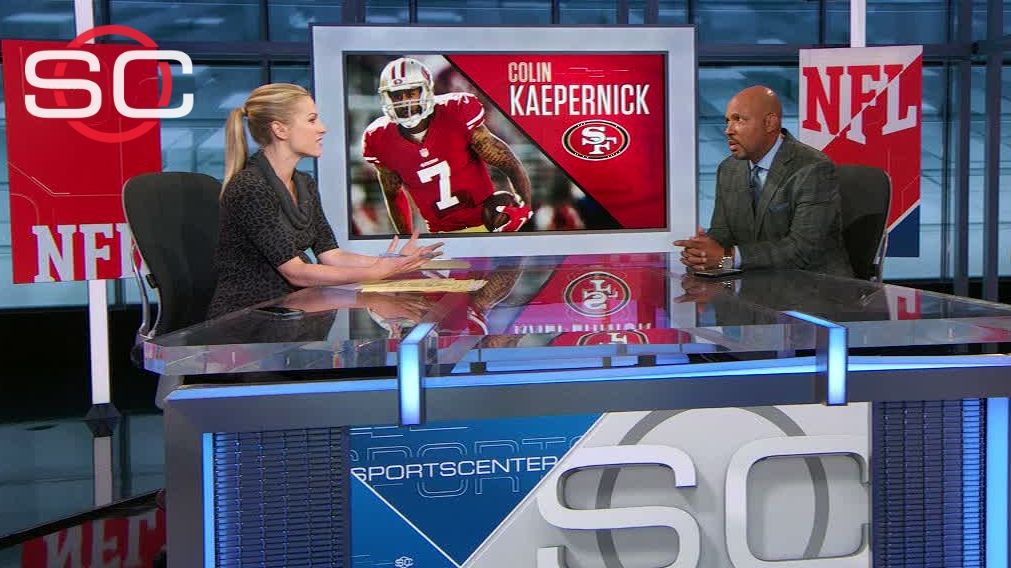 Why did Kaepernick restructure his contract?
Jim Trotter explains why Colin Kaepernick has restructured his deal with the 49ers into a one-year contract with a player option for next season.
Related topics:
sportsespndealsan francisco 49erskaepnflcontractchip kellyrestructurecolin kaepernick
Copyright © 2020 ESPN Internet Ventures. All rights reserved.
More Videos
From CNN Newsource affiliates
TOP STORIES