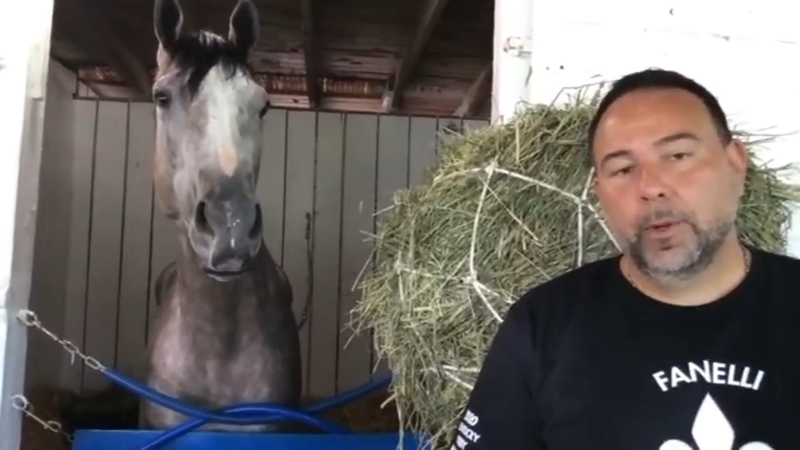 BENSALEM, Pennsylvania (WPVI) -- In sports, where high-end racehorses cost hundreds of thousands of dollars, if not millions.

He's already made more than a half of a million in earnings heading into the biggest race of them all, the Kentucky Derby.

"It's a lottery ticket, it's one in a million," said Fanelli who spent Friday morning with his derby horse.

This has been a sweet ride for Fanelli who is new to the sport.

It's his first trip to the derby and NY Traffic has the fifth-best odds in the run for the roses.

"This is the super bowl for us, we have reached the Pinanncle. It's just a Matter of winning it now," said Fanelli. "I'm sure I'll be a little sick to my stomach, you get the butterflies and that turns into adrenaline and it's hard to even speak."

After Fanelli purchased NY Traffic in 2019, as a 2-year-old colt, he was stabled at Parx racetrack in Bensalem for seven months where he trained and began to race.

At first, they didn't know how good this horse was. But then he got off and running.

"There are a lot of people that follow him because they know he started there," Fanelli said.

Trainer Saffie Joseph, Jr. said, "He's getting better and better, hope tomorrow is the race of his life."

According to the odds, 20-1 they like their chances.
Report a correction or typo
Related topics:
sportsbensalem townshipkentucky derbysports
Copyright © 2021 WPVI-TV. All Rights Reserved.
More Videos
From CNN Newsource affiliates
TOP STORIES