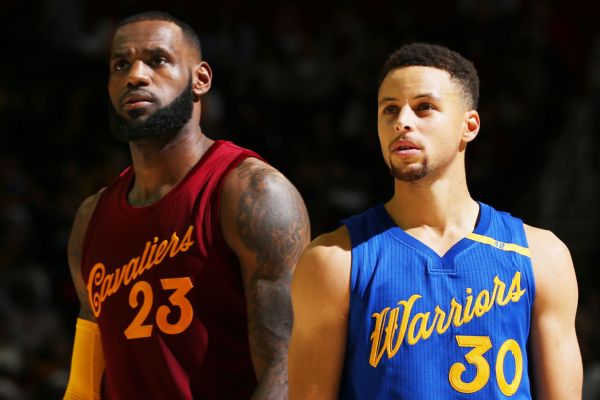 Despite losing last season's title to the Cleveland Cavaliers, the Golden State Warriors remain the NBA's merchandising leader in stores, while Stephen Curry still has the best-selling jersey over LeBron James.

The numbers were announced Tuesday morning by the league, with sales data based on sales on NBAStore.com from October through December.

LeBron has the best-selling jersey in Ohio, and Westbrook has Oklahoma locked up. Damian Lillard owns Oregon, Jimmy Butler is tops in Illinois, Kristaps Porzingis leads in New York, Karl-Anthony Towns is most popular in Minnesota, and Giannis Antetokounmpo rules Wisconsin.

The current list has Antetokounmpo ranked among the top 15 jerseys for the first time. The Milwaukee Bucksforward finished 14th, one spot ahead of Carmelo Anthony.

Despite their poor play and no player in the top 15, the Los Angeles Lakers were the third-best-selling team, followed by the Chicago Bulls and the New York Knicks.