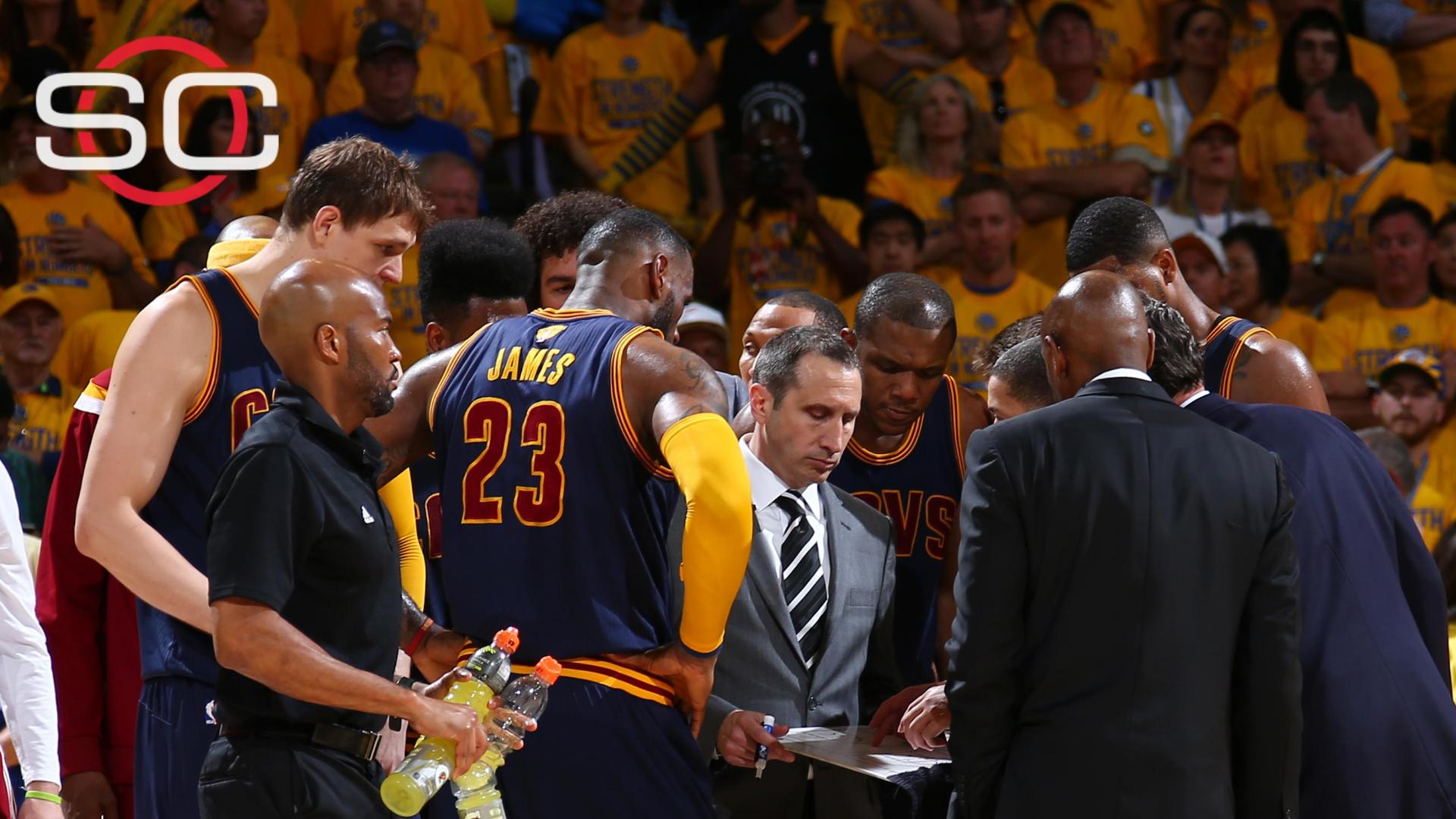 CLEVELAND -- As midnight passed in the Cleveland Cavaliers locker room in the moments after their Game 4 loss to the Golden State Warriors, it almost seemed like there were two separate teams inhabiting the space.

LeBron James was in the training room getting stitches in his head. Matthew Dellavedova was getting his now-standard postgame full-body ice bath. Iman Shumpert had an enormous ice bag wrapped around his left shoulder. But there were others, many others, who were dressed and gone quickly with no need to even shower as they hadn't broken a sweat all night.

The Cavs are indeed playing with a lot of grit in these Finals -- that the series is tied 2-2 despite their decimating injuries is a statement. But there is also a strong feeling within the team, multiple sources said, that coach David Blatt could rely more on the veterans he's been leaving unused on the bench.

Blatt played only seven players in Game 4 before clearing the bench in the fourth quarter when the game turned into a blowout. He played eight in the first three games with Mike Miller getting a few minutes in Games 2 and 3. With several players, James and Dellavedova especially, looking worn down from the demands in the playoffs, players have begun to privately grumble that Blatt needs to use his whole roster.

With Warriors coach Steve Kerr going to a perimeter-heavy offense with Andre Iguodala in for Andrew Bogut, the feel is Blatt could take another look at Miller and perhaps give veteran Shawn Marion, who has yet to play in the series, a look. With the Warriors' depth on the wing, the Cavs ended up being stretched exceedingly thin.

Several sources said Marion, who already has announced he'll retire following the season, is especially itching to get a chance. He's recently been bothered by a calf injury and also dealt with a hip injury in the regular season but is healthy and able to go.

"[It] was the third game in five days, including the trip back from the West Coast, and it seemed to have an impact on us," Blatt said after the 19-point Game 4 loss. "We're thinner now than we were, but that's not an excuse. We haven't used it as an excuse yet, and we won't start now. We've just all got to pick it up."

One of the reasons the Cavs turned things around at midseason was because Blatt shortened his rotation. After sometimes playing 10 players in the first quarter of games and playing 11 in his rotation early in the season, Blatt sliced his rotation to eight in January as the Cavs took off to a superb second half of the season.

Additionally, playing a so-called "big" lineup with both Timofey Mozgov and Tristan Thompson has been effective since Kevin Love's injury. Considering the success, it is easy to understand why Blatt has been hesitant to go away from what has worked.

Miller has struggled shooting all season, hitting just 33 percent of his shots in the regular season. Marion made 24 starts but lost his spot in the rotation after midseason trades. Both have been non-factors in the playoffs, combining to score just eight points total.

When asked about the need to expand the rotation, LeBron James publicly yielded to Blatt after Game 4 but hinted it could help him and others get some more rest.

"That's the coach's decision if he decides he wants to go deeper in the bench," James said. "We haven't played many guys throughout this playoff run. I think it would help some of the guys that are playing some high minutes, for sure. Just give guys a couple minutes here, a couple minutes there. But I think the coaching staff will try to do what's best to help us be physically and mentally prepared for Sunday."

The idea that Marion and Miller, two players in their mid-30s who haven't contributed much all season, can be save-the-day stars is far-fetched. The idea, however, that a few minutes of them on the floor could help James or perhaps Dellavedova and Shumpert's minutes become more effective because they can be slightly more rested is something Blatt could look at.

"We don't have many options as far as lineups we can go to, but we can make adjustments," James said. "That's what you do throughout a series." 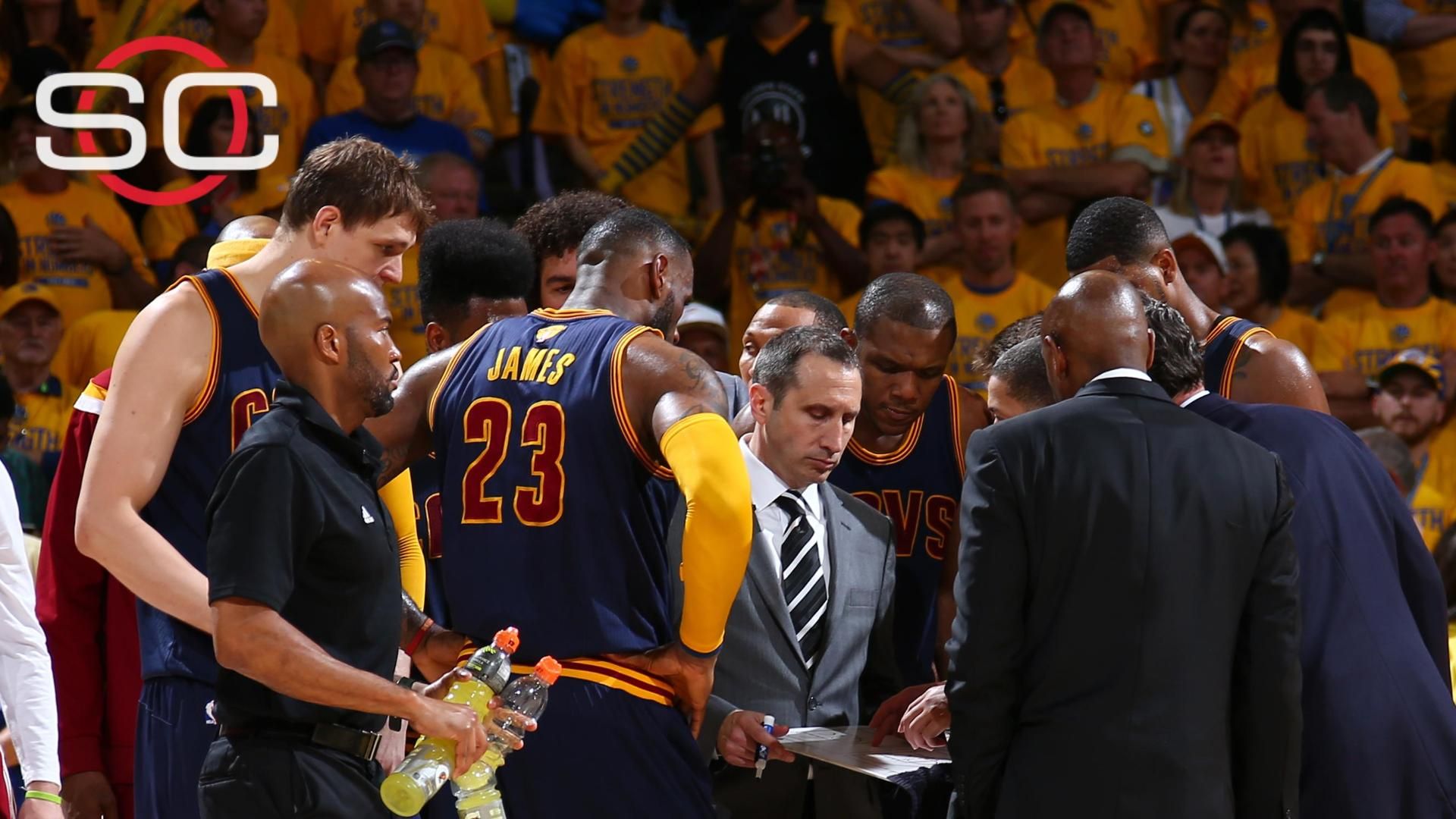 Fatigue getting to Cavaliers?
Chris Broussard breaks down the heavy minutes played by the Cavaliers' starters in the NBA Finals and what Cleveland needs to adjust for Game 5.