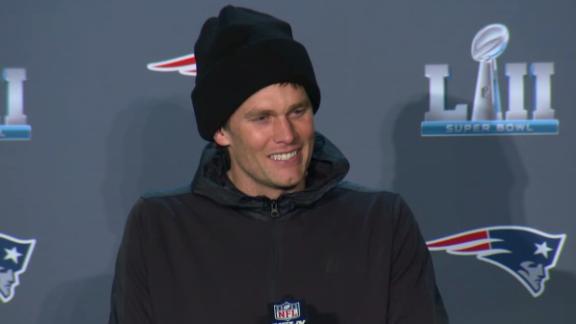 More merchandise has been sold for the Super Bowl LII teams after they won their conference championships than teams in any of the past seven Super Bowl matchups.

Philadelphia Eagles and New England Patriots fans are doing their part to break records on Fanatics, the world's largest seller of licensed gear.

Eagles fans have bought 50 percent more gear so far than Seattle Seahawks fans did from the conference championship to Super Bowl XLIX, the previous record.

The best-selling jersey from the conference championship through Wednesday? Tom Brady. More Patriots No. 12 jerseys have been sold in the last 1 weeks than had been sold in the same time period for the previous three Super Bowls that New England played in.

"The momentum on Brady is tremendous," said Jack Boyle, Fanatics co-president for direct-to-consumer. "I think the orders coming in now are people who are understanding of his legacy and his place in the game and his name in the discussion of the greatest of all time."

Despite the uncertainty of Nick Foles' role after the Super Bowl, the backup quarterback's jerseys have been flying off the shelves since his performance in the NFC title game. Foles took over for the injured Carson Wentzin mid-December.

Boyle said that Fanatics' NFL merchandise business, which goes back seven seasons, is up an impressive 30 percent in the first month of the year versus the same time period last year.