Talk of playoff tickets grows as Eagles fans look ahead 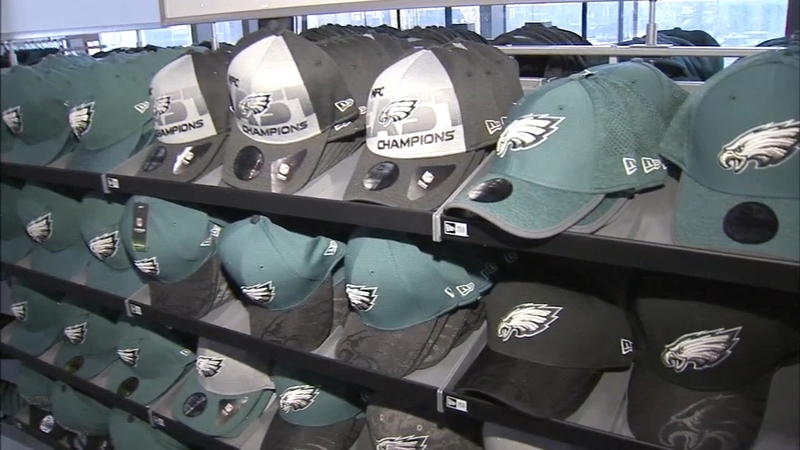 PHILADELPHIA (WPVI) -- The Philadelphia Eagles meet the Dallas Cowboys this Sunday, but after that, it's onto the playoffs.

That has many fans asking about tickets, since the Eagles secured home-field advantage throughout the playoffs with their win over the Oakland Raiders on Christmas night.

In the past, the first opportunity was given to season ticket holders. If tickets were still available then there would be a general sale.

Back in 2014, the Eagles released several thousand single-game tickets for the NFC Wild Card game that were only available online or by phone.

The Philadelphia Eagles say nothing has been announced as of yet for this year's playoff games. But a team spokesperson says they might have something to say next week.

The tone of fans on Tuesday ranged from pessimism to hopefulness to guarded optimism and to unguarded bullish.

"I am optimistic the offense can click a little bit, but I am pessimistic about Nick Foles," Stan Carr of South Philadelphia said.

"I like Nick Foles is a great guy, I don't know if he can bring us to the Super Bowl, but we will see," Craig Burnett of Fishtown said.

"I just want to us to win. No matter what, we did better than people thought we would do this year," Jason Bradley of South Philadelphia said.

Eagles fans across town were voicing their hopes and fears.

"Yesterday was kind of a tough day. If the defense can stand up, I think Foles can get us to the Super Bowl, that's a different question once we get there," Cuva said.

A few aisles away, Mel Beiler, also guardedly optimistic about the Birds making the Super Bowl, was shopping for some midnight green items for his grandkids, especially son Lance's kids. Lance happens to live in a place in Texas called Dallas.

"My daughter knows many things but one thing we taught her is that Dallas loses, Dallas loses all the time," Lance Beiler said. "She is 3 years old."

The Coulters, a mother-daughter team, were picking up all sorts of Eagles items, including a battery-powered hat!

How optimistic are they?

"Totally optimistic. They are going to the Super Bowl this year," Janet said. 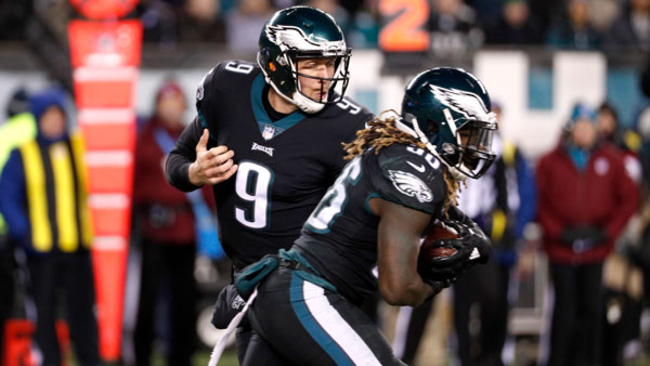