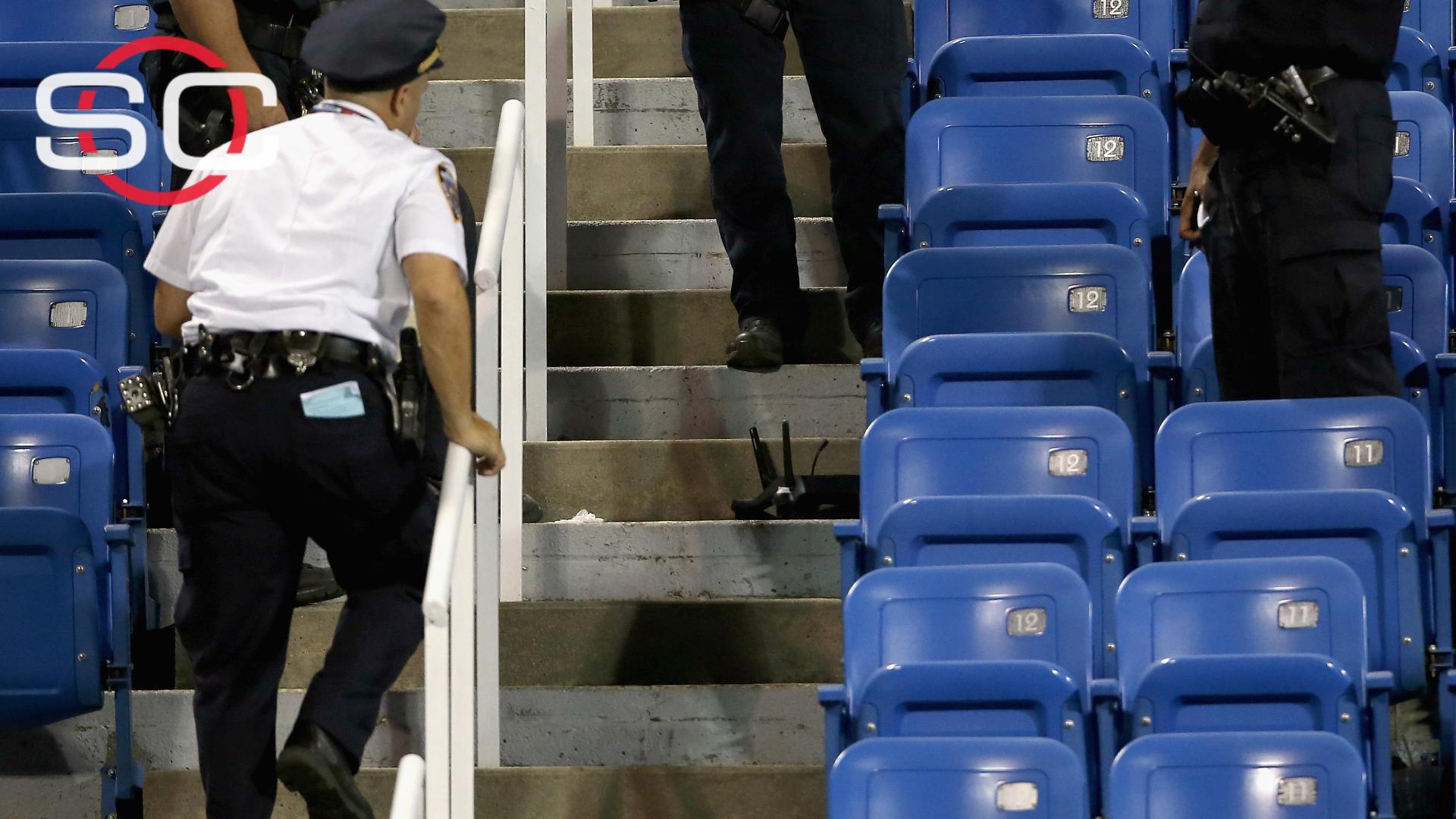 NEW YORK -- A New York City teacher was arrested early Friday for allegedly crashing a drone into an empty section of seats during a second-round match at the US Open, police said.

Daniel Verley, 26, faces charges of reckless endangerment and operating a drone in a New York City public park outside of prescribed area. He was found at a marina on the opposite side of Citi Field immediately following the incident.Verley was released with an appearance ticket for a Sept. 16 court date.

A police department spokesman said Verley is a teacher at the Academy of Innovative Technology in Brooklyn. Calls for comment to the school and the Department of Education were not immediately returned Friday.

It wasn't immediately clear whether Verley had an attorney who could comment on the charges on his behalf.

The drone buzzed over the court in Louis Armstrong Stadium on Thursday night before crashing into the seats. U.S. Tennis Association spokesman Chris Widmaier said no one was injured.

The black device flew diagonally through the arena during the next-to-last game of a second-round match that 26th-seeded Flavia Pennetta of Italy won 6-1, 6-4 over Monica Niculescu of Romania.

Pennetta said she heard the drone fly by and was not sure what it was. Her initial reaction, she said afterward, was that it might have been a bomb.

"A little bit scary, I have to say," Pennetta said.

"With everything going on in the world ... I thought, 'OK, it's over.' That's how things happen," she added.

She said neither the chair umpire nor tournament officials told her that it was a drone.

The drone broke into pieces upon landing, and the match was only briefly interrupted between points while police and fire department personnel went to look at it.

"The chair umpire just wanted to wait for an OK from the police to be able to continue," Pennetta said, "even if, truthfully, I don't think even they knew what it was."

She said her coach and physical therapist were sitting in the opposite end of the stadium from where the drone crashed and they told her later they were afraid too.

"All of these [security measures], and then it comes in from above," Pennetta said.

The New York Police Department said security at the US Open was already tight before the drone crashed and would remain so.

The episode happened a little before 8:30 p.m., during the day's last match in Louis Armstrong Stadium, which has a seating capacity of about 10,000. Pennetta and Niculescu originally were scheduled to play on the much-smaller Court 17, but their match was moved because four earlier matches in Armstrong wrapped up early.

"If there had been spectators, it would have hit them and done a lot of damage," Pennetta said. 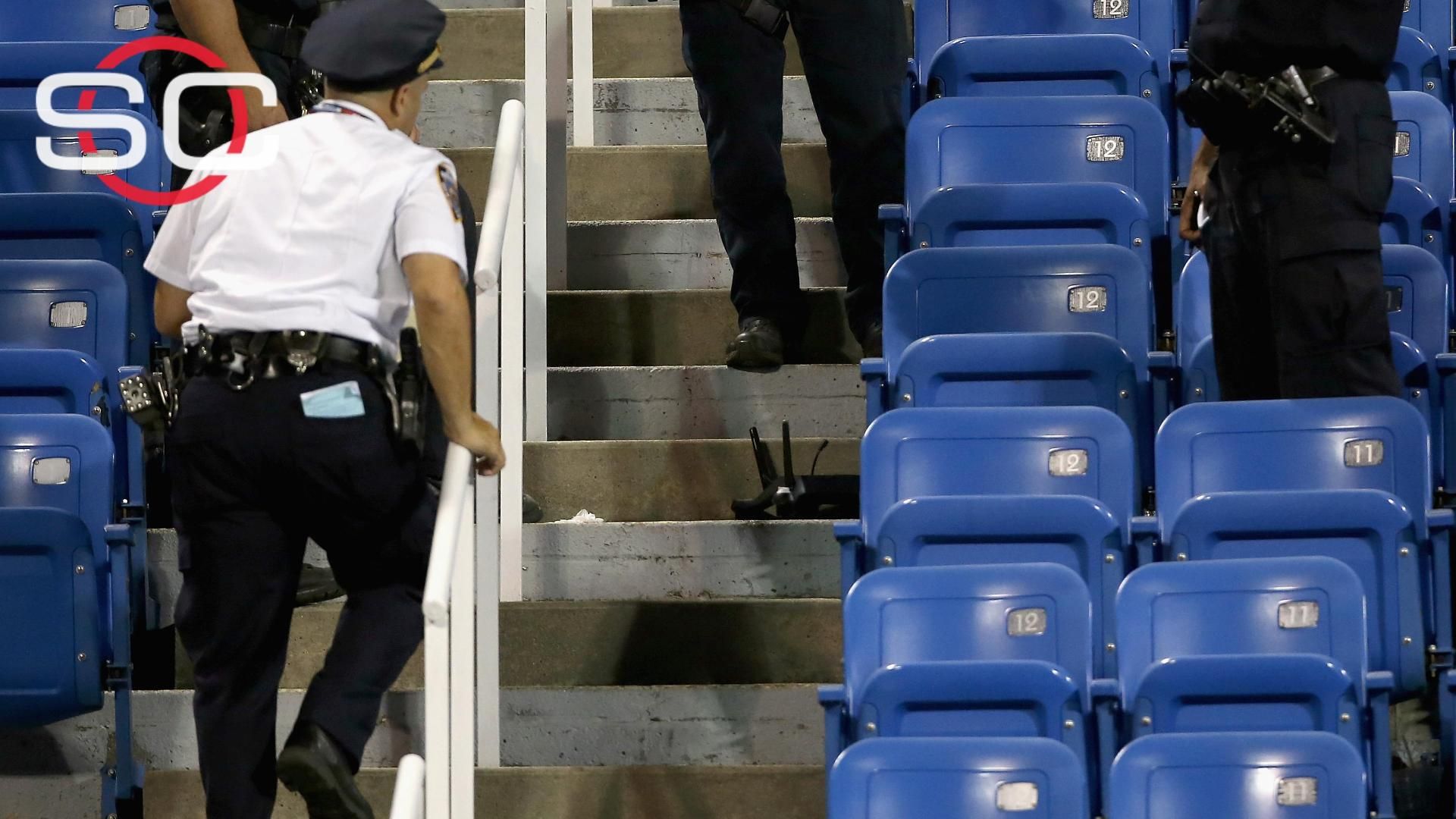