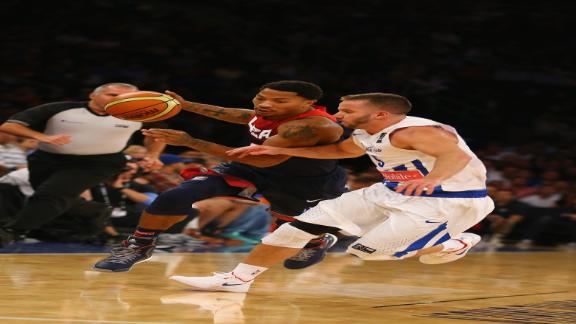 NEW YORK -- Playing more the role of distributor, Derrick Rose returned to the court Friday night and provided a lift off the bench to help the United States beat Puerto Rico 112-86 in an exhibition game at Madison Square Garden.

Coach Mike Krzyzewski expressed confidence in Rose's ability to help Team USA despite having not played much in the past two seasons due to knee injuries. Rose, who did not start against Puerto Rico, scored six points and dished four assists in 13 minutes. He was 2-of-3 from the field, including hitting a 3-pointer.

"I feel very confident about Derrick," Krzyzewski said before the final roster was announced. "I think Derrick feels very confident. Thought he played great tonight. And these guys want to play with him.

"Part of getting back is to be around a group of peers," Krzyzewski continued. "These guys are peers who want [Rose] to be really good. ... Hopefully that will help Derrick as he gets ready to keep participating in this but also for the NBA season. I think it is a huge, huge help for him."

The Americans depart for Spain on Saturday for a final exhibition game before playing in the FIBA Basketball World Cup, which starts Aug. 30.

All eyes at the Garden were on Rose after the Chicago Bulls' former MVP did not play in Team USA's 105-62 exhibition win over the Dominican Republic on Wednesday despite the crowd chanting his name. Krzyzewski opted to rest Rose for three straight days before the guard practiced Thursday and played Friday night.

Rose did not talk after Friday's win, but U.S. assistant and Bulls coach Tom Thibodeau said the star point guard came out of the game without any setbacks.

"He is feeling pretty good," Thibodeau said. "We just want to keep building, daily improvement, that is what he is concentrating on. He feels very comfortable out there and not forcing things that I think is important."

Against Puerto Rico, Rose looked quick on defense, often pressuring opposing point guards. On offense, he largely looked to set up his teammates, driving and kicking out to shooters such as Klay Thompson and Parsons on two of his assists.

Rose's only missed attempt was an air ball from behind the 3-point arc as he continues to try to knock off the rust after playing in just 10 NBA games over the past two seasons due to injuries.

He did provide the Garden fans with a highlight early in the fourth quarter when he drove to the basket and scored on an up-and-under layup with 9:53 left to push the Americans up by 22.

"A great presence," teammate James Harden said of what Rose brings. "Derrick brings something that we don't have as far as being able to push the ball so fast and get into the paint and so athletic. Made a couple of passes, cross-court passes for open 3s. He looked phenomenal."

During the World Cup, Team USA will have to play its five group-play games in six days, Aug. 30-Sept. 4.

"You're going day by day," Thibodeau said of Rose's availability for that stretch. "We knew that going in. ... It is a progression. He has gotten a lot better. The main thing is shaking the rust off. He will continue to build. If he needs a day off, he will get a day off. He says he feels great." 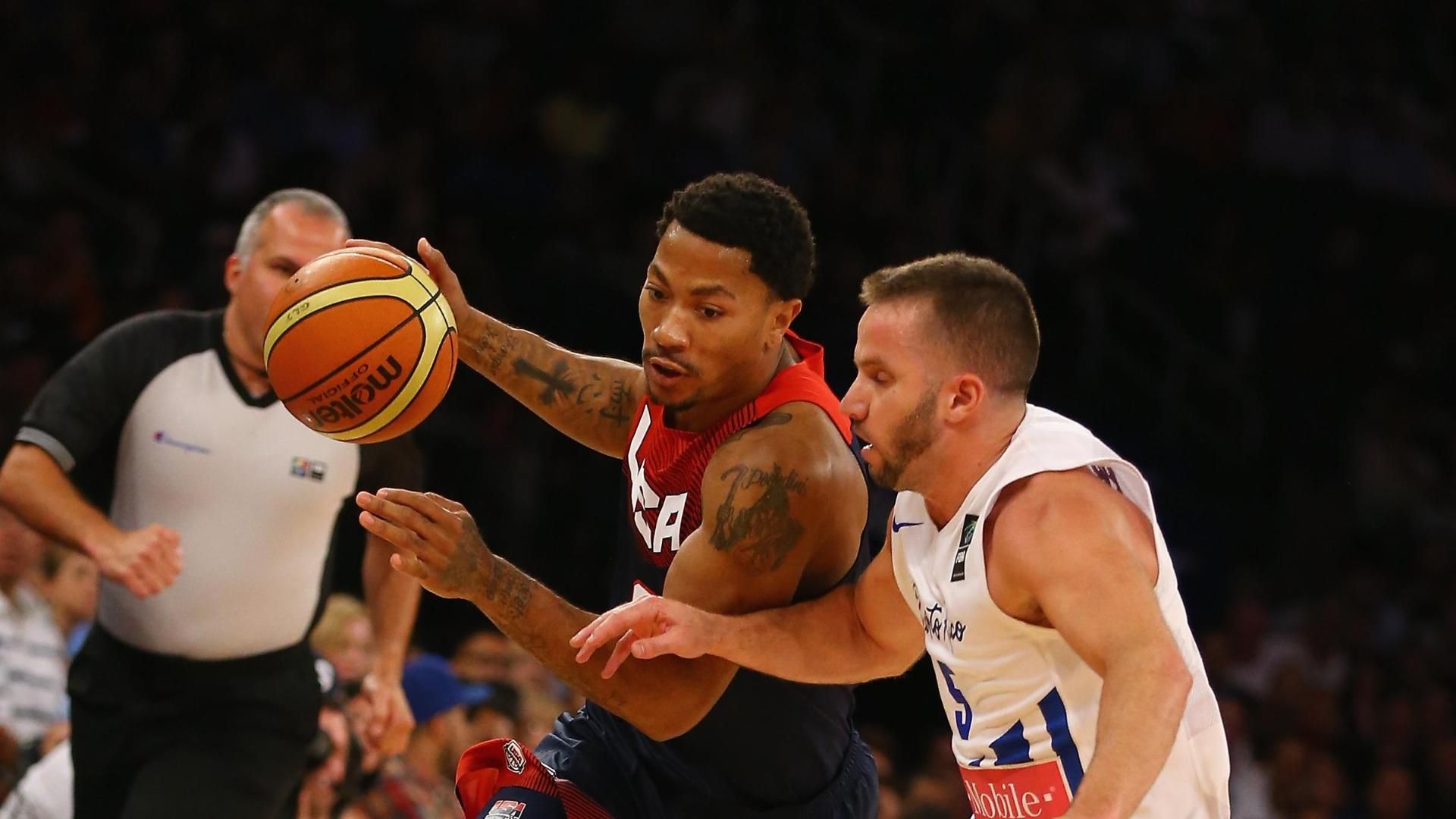