PHILADELPHIA -- Geoff Collins stood at a podium and endeared himself to Temple and his new city with stories about childhood trips to Philadelphia Flyers games and lessons his dad handed down from John Chaney.

The Georgia native painted himself so much as one of Philly's own, that it's amazing Collins didn't confess he was named with two f's in honor of the Temple Tuff motto. 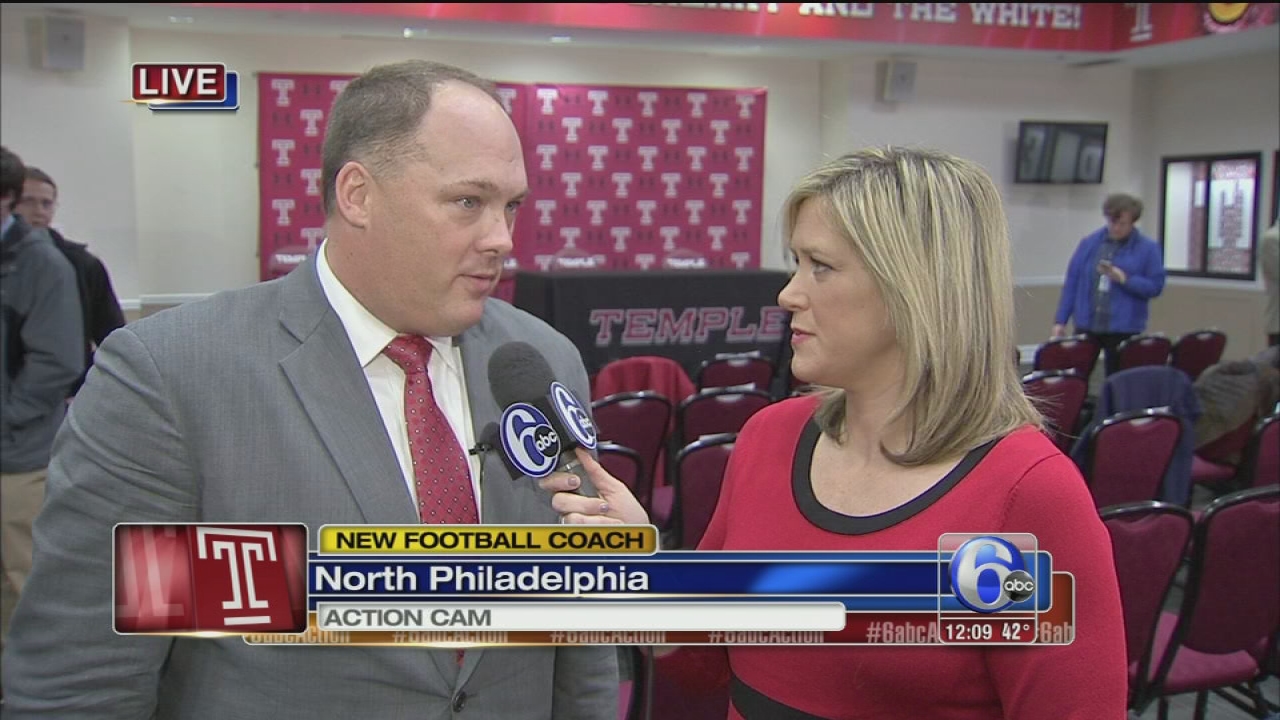 The Owls have long shed their stained reputation as the worst football program in Division I and have become a winning team that competes for conference titles and plays in low-tiered bowl games.

With a room full of students wearing "Mayhem is Coming," T-shirts, Collins asked rhetorically: "What's next?"

The better question may be, what more can any coach accomplish at Temple?

The Owls have peaked as a program heading into the Dec. 27 Military Bowl with back-to-back 10-win seasons and a spot in the AP Top 25. The Owls are the American Athletic Conference champions and coach Matt Rhule cashed in with a new job at Baylor in the Big 12. The Owls could run the table and still always be on the outside of playing in a major bowl game. Big picture, none of the teams outside of the Power Five are contending for playoff spots without a lot of unlikely circumstances.

"It has not done all it can do," Temple Athletic Director Pat Kraft said Wednesday. "We've got to keep building the momentum. We win conference championships. We want to be nationally ranked, consistently. There is so much in front of us."

Collins, 45, is out to prove he can lead his own program as well as he orchestrated frenzied defenses at Florida and Mississippi State that earned him the "Minister of Mayhem" nickname.

He's charged with ensuring the Owls don't slip back into oblivion much like they were headed in the final season of Steve Addazio's two-year stint. Rhule, a longtime Temple assistant, returned from a one-year stop in the NFL to save the program and lead the Owls to their greatest successes in an otherwise futile history.

Rhule accomplished feats like an upset of Penn State, a nationally televised home game against Notre Dame that brought ESPN's "GameDay" to Philly and Temple's first conference title since 1967 all without a campus stadium.

The school's drive for a 35,000-seat stadium appears to be stalled. The $126 million plan has generated controversy since February, when Temple's board of trustees approved a feasibility study, hired architects and tore down apartments on university land near campus.

"It's in the board's hands," Kraft said.

Here's the best Collins can hope for at Temple: Just keep the program at the top of the AAC.

That's the goal, contend and make a bowl every year.

It will be hard for Temple to year in and year out keep up with the Florida schools in the AAC East because of resources and recruiting. It would be remarkable if Collins can keep the program at this level.

Rhule can offer Collins tips on how to build a winner on North Broad.

Collins and Rhule forged a close friendship when they coached on the same staff at Division III Albright College in Reading, Pennsylvania in the 1990s. Rhule constructed the championship formula at Temple and Collins said he doesn't want to stray too much from what worked.

"I want to meet with every single person in that building," Collins said.

But he still has unfinished business before he starts his handshake tour.

Collins is set to return to Gainesville, Florida and decide with coach Jim McElwain if he'll stay for Florida's Jan. 2 Outback Bowl game against Iowa. Collins and his wife are putting the finishing touches on adopting a child.

Collins held a private team meeting before his press conference - where he refused to say he would pledge to recruits that he'd stick around for all four seasons. But for a day, Temple wasn't worried where Collins will be in four years because he was with the Owls today. 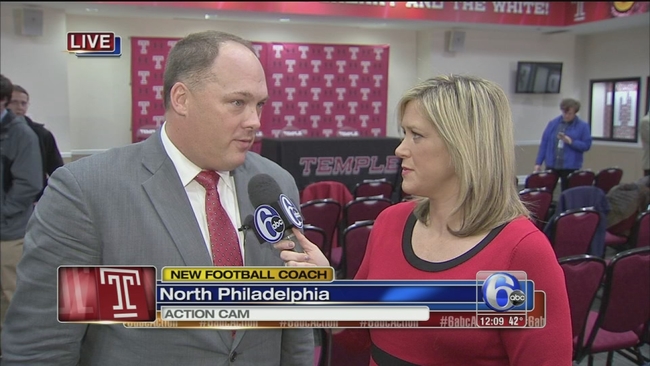