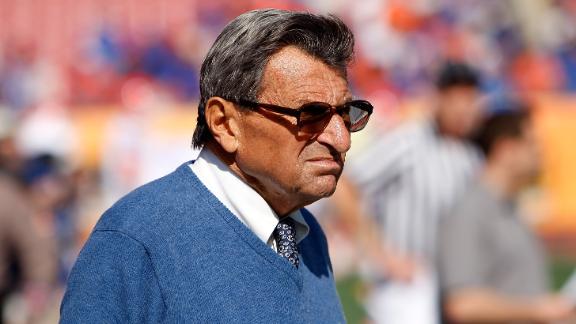 STATE COLLEGE, Pa. -- Joe Paterno was aware of sexual abuse by Jerry Sandusky as far back as 1976 and some assistant coaches knew in subsequent decades, according to alleged victims' depositions that were unsealed Tuesday.

John Doe 150 said in a 2014 deposition that he informed Paterno the day after a 1976 incident that Sandusky stuck his finger in the then-14-year-old boy's rectum while he showered. The man said in 2014 that other boys in a shower heard him yell that Sandusky had just touched him sexually.

He said he told several adults about it, then sought out Paterno.

"Is it accurate that Coach Paterno quickly said to you, 'I don't want to hear about any of that kind of stuff, I have a football season to worry about?'" a lawyer for Penn State's insurance carrier asked the man. "Specifically, yes," the man replied.

"I was shocked, disappointed, offended, I was insulted," John Doe 150 testified. "I said, is that all you're going to do? You're not going to do anything else?"

He said Paterno then "just walked away."

Paterno told a grand jury in 2011 that he first learned in 2001 of inappropriate sexual contact by Sandusky involving young boys.

"I do not know of anything else that Jerry would be involved in of that nature, no. I do not know of it. You did mention -- I think you said something about a rumor. It may have been discussed in my presence, something else about somebody. I don't know. I don't remember, and I could not honestly say I heard a rumor," Paterno testified.

Paterno told a reporter before he died in early 2012 -- just months after Sandusky's arrest -- that the first inkling he had that Sandusky might be abusing children occurred in 2001, though there are records that show high-ranking Penn State officials dealt with a complaint in 1998 by a mother that Sandusky had showered with her son.

Bradley, who briefly took over as head coach after Paterno's firing, "said he knew of some things" about Sandusky dating to the 1980s, McQueary testified.

"At no time did Tom Bradley ever witness any inappropriate behavior," it read. "Nor did he have any knowledge of alleged incidents in the 80's and 90's. He has consistently testified as such. Any assertions to the contrary are false. When he became aware of the 2001 incident it had already been reported to the University administration years earlier."

McQueary also said Bradley told him that he'd been approached by someone in the '80s who saw Sandusky "doing something to a boy" and that in the '90s, former assistant coach Schiano saw Sandusky in the shower with a boy.

"Greg had come into his office white as a ghost and said he just saw Jerry doing something to a boy in the shower," McQueary testified.

Schiano told ESPN: "I never saw any abuse, nor had reason to suspect any abuse, during my time at Penn State."

Dozens of documents and excerpts were released Tuesday by a judge who is presiding over litigation between Penn State and Pennsylvania Manufacturers' Association Insurance Co. over payment of claims for abuse by Sandusky, who is now serving 30 to 60 years in state prison for child molestation. Penn State has made $92 million in total payouts to settle 32 civil claims in the Sandusky sex molestation scandal.

The judge two months ago disclosed the existence of the 1976 allegation, along with claims that coaches witnessed inappropriate contact between Sandusky and children in the '80s, but the newly unsealed documents provide far greater detail.

Penn State university president Eric Barron released a statement Tuesday morning and cautioned the community not to speculate on any new allegations. "Penn State's overriding concern has been, and remains, for the victims of Jerry Sandusky," he wrote. "While individuals hold different opinions, and may draw different inferences from the testimony about former Penn State employees, speculation by Penn State is not useful. We must be sensitive to all individuals involved, and especially to those who may be victims of child sexual abuse."

"Although settlements have been reached, it also is important to reiterate that the alleged knowledge of former Penn State employees is not proven, and should not be treated as such. Some individuals deny the claims, and others are unable to defend themselves."

A lawyer for Paterno's family issued a statement Tuesday claiming there is evidence that "stands in stark contrast" to John Doe 150's story.

The lawyer, Wick Sollers, said, "There are numerous specific elements of the accusations that defy all logic and have never been subjected to even the most basic objective examination." Sandusky's lawyer has also denied the allegation.

According to other alleged victims' depositions, several other coaches also stumbled upon Sandusky abusing children throughout the years.

John Doe 75 alleged that in 1987, assistant coach Joe Sarra walked into the coaches' meeting room and saw Sandusky lying on the floor with the boy with his hand down the waistband of the 13-year-old's pants. John Doe 75 said Sarra may have said something like, "oh, sorry," and immediately walked out, after which Sandusky kissed him on the forehead. Sarra died four years ago.

John Doe 101 alleged in a 2014 deposition that in 1988, assistant coach Kevin O'Dea spotted Sandusky rubbing the boy's back while the boy was lying on a couch in his underwear. Sandusky attempted to hide the activity by pretending he was wrestling. O'Dea most recently was the special-teams coordinator for the Tampa Bay Buccaneers from 2014-15.

According to the documents, then-athletic director Jim Tarman was made aware of an allegation in 1988 regarding John Doe 102, who lived in a group home for delinquent boys. After making the allegations, John Doe 102 said he was "asked to apologize to Sandusky and Tarman for telling lies."

The records also include an analysis by a lawyer working as an expert for the insurance company that said the settlements paid by Penn State seemed very high, possibly as a result of the university's concern about publicity and a wish to resolve matters quickly.

Lawyer Eric Anderson said the school "made little effort, if any, to verify the credibility of the claims of the individuals."

Ken Feinberg, a lawyer who helped mediate claims against the school, told reporters last week it was "a very objective process" and none of the cases was easy to resolve. He said Penn State was diligent in making sure the claims were backed up by sufficient proof. 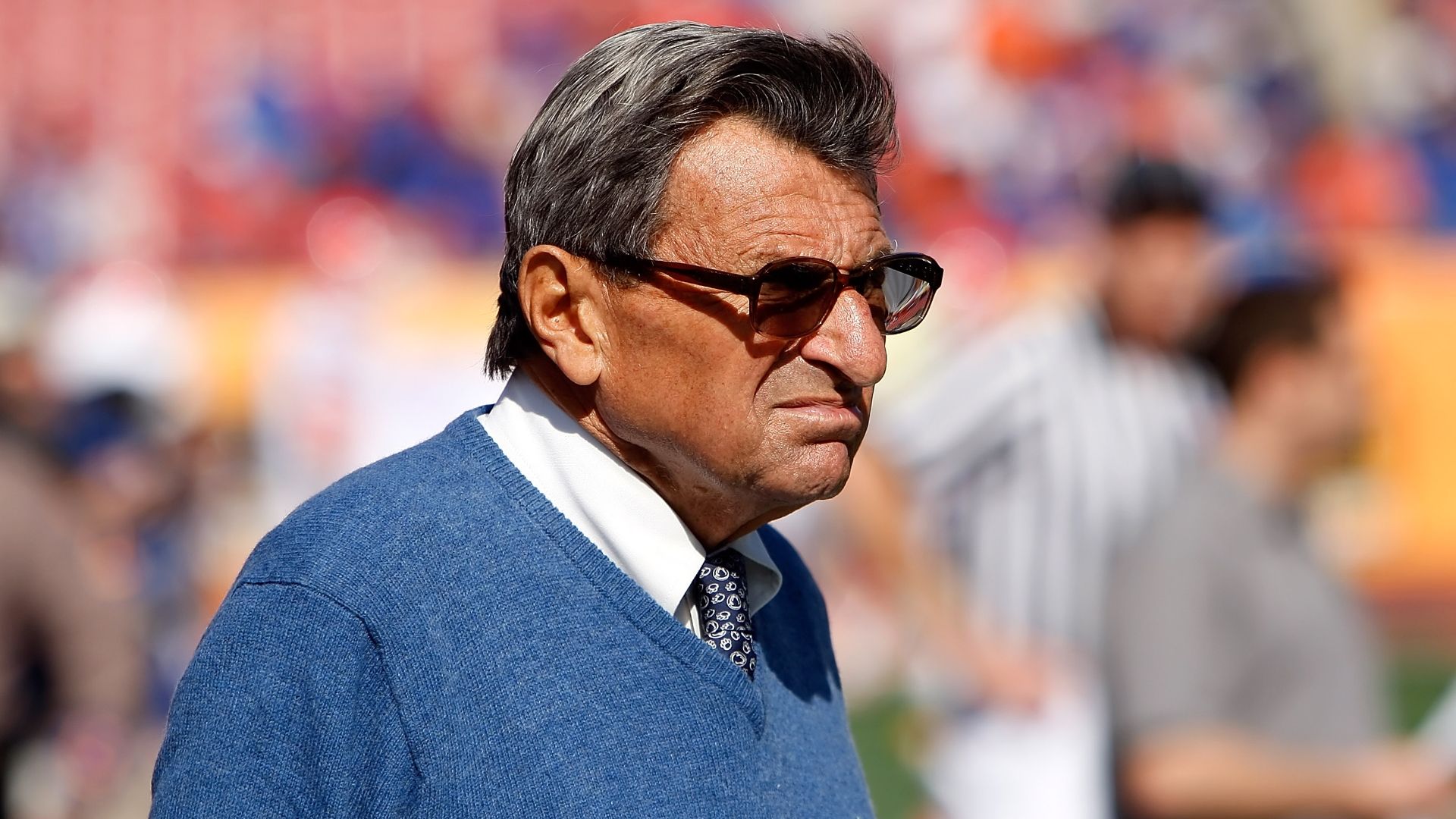