The NBA is in London, so why no British stars in the league? It's complicated 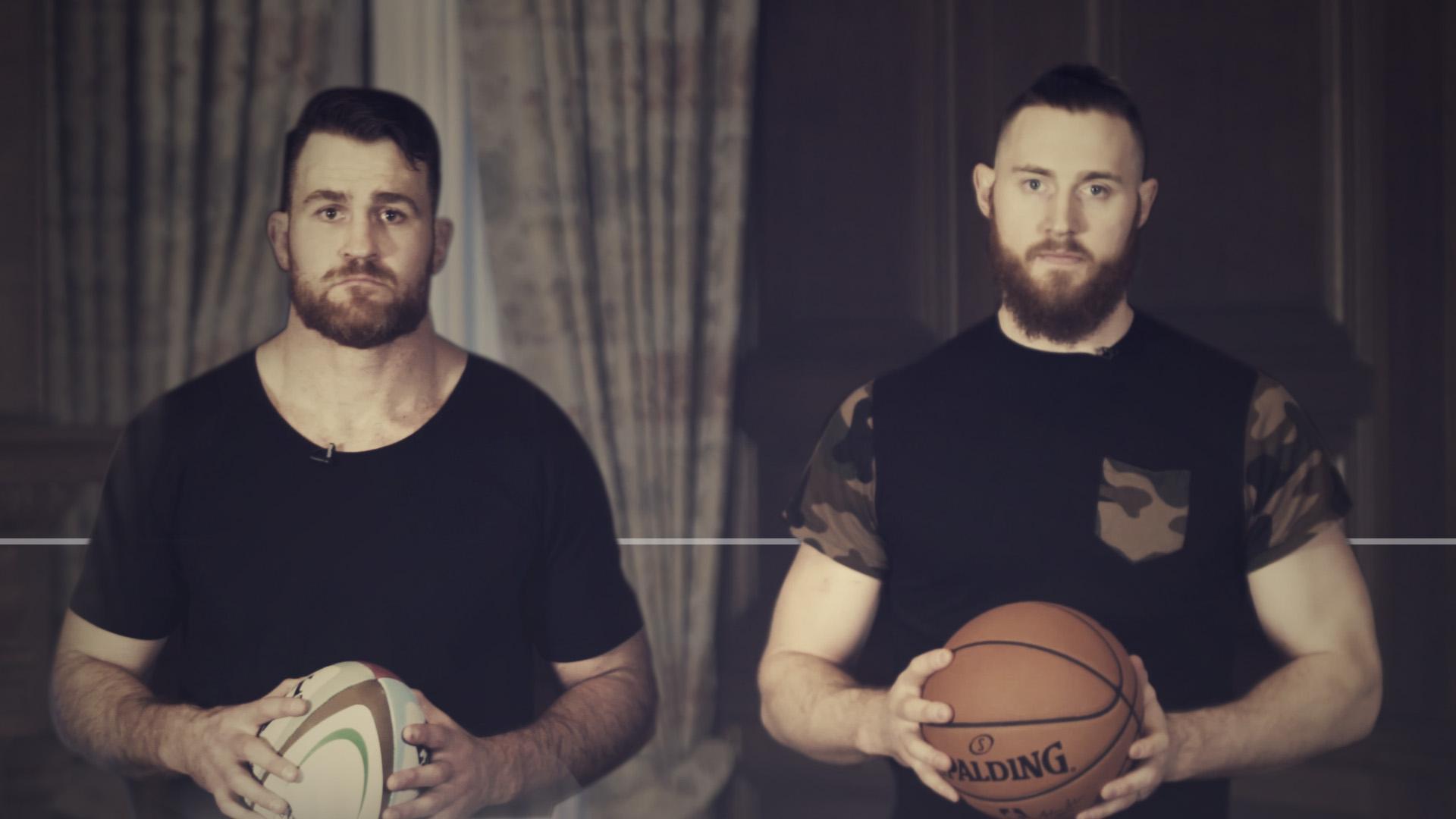 LONDON -- Question: How does a nation with limited basketball culture develop NBA players?

Answer: If that nation is Great Britain, it's complicated.

For the sixth year in a row, the increasingly global NBA will showcase some of its brightest talent in London on Thursday -- including Cameroonian Joel Embiid and Australian Ben Simmons.

But where, some in the stands may ask, are the Brits?

Aside from 32-year-old Luol Deng, a former All-Star now with the Los Angeles Lakers, no current NBA player has come through the British basketball system.

In contrast, neighboring France flaunted 10 of its citizens on NBA rosters at the start of the season, while Germany had five, and Australia had seven -- not counting Celtics superstar Kyrie Irving, who was born Down Under, moved to the U.S. as a 2-year-old and holds dual citizenship.

The NBA has a clear agenda to promote its sport in the UK, announcing on Wednesday a big push in its youth league to encourage up to 22,000 British boys and girls ages 11-13 to take up basketball. But the league is getting scant help from the British government, despite the increasing familiarity of NBA stars among British teens.

The development of British basketball has stalled for various reasons, according to the sport's insiders, who agree on several key challenges:

"This is the country where football, as well as both forms of rugby, and cricket were invented," says Leicester Riders chairman Kevin Routledge, who served as the head of the British Basketball League (BBL) from 1988 until 2002.

Indeed, soccer creates a giant headwind for British basketball and, along with rugby, drains most of the athletic talent early, says Routledge.

"The English Premier league is the most exported sports product around the world. So any other sport is coming up against that," he says.

Veteran British basketball journalist Mark Woods notes that soccer academies in the UK are reluctant to let go of their youth -- even when it is clear they are better suited for other sports.

"If you're young and athletic and talented you're probably dragged into soccer," he says, adding that the sport "is really bad at letting players out of the system who aren't going to make it".

Youth footballers are often held by clubs until the ages of 17 or 18, says Woods, "and by then it's too late. You can't convert to something like basketball at that age."

Routledge notes that from a political and legislative perspective, basketball suffers in the UK because it is not played in the elite private schools -- the same ones that produce most of the country's lawmakers.

"The people who run the country, it doesn't matter if they are Conservative, Labour or Liberal Democrat, they all go to [private] schools," he says. "They all play rugby, cricket and football. They don't play basketball. Basketball is played in the inner cities."

Research backs this point up. About half of 14- to 16-year-olds who play basketball in the UK are from black and minority ethnic communities, according to The Independent, which cited a 2014 UK Sport poll.

"There is nobody fighting for basketball on any political level," Routledge adds, before admitting that the governing bodies of British basketball are also to blame.

"Basketball as an organization over the past couple of decades -- and I've been part of it so I have to take some culpability -- has been shambolic," he says.

That's partially because England, Wales, Scotland and Northern Ireland all operate their own governing bodies for basketball, which in turn fall under a greater governing body -- the British Basketball Federation -- that has varied in impact over the past decade.

Mark Clark, the performance director for the British Basketball Federation who has also coached the Team GB women, says that despite its challenges, "the senior national team is very competitive without being one of the top-ranked teams."

He notes that the men have competed in four of the five EuroBasket competitions (missing 2015), which is a "solid step. But you want to be competing and beating those better teams. That's the next step."

Great Britain currently sits at No. 38 in the men's FIBA rankings, just ahead of Macedonia and below the Philippines and New Zealand.

John Amaechi, one of the few Brits to have a solid NBA career, which encompassed the Cleveland Cavaliers, Orlando Magic and Utah Jazz, says the sport's governing body suffers from "delusion" with leadership that is constantly in flux.

"British basketball is dominated by people who are well meaning but poorly skilled. And this goes for governance all the way through," he says.

Amaechi was surprisingly not given a role in Team GB's preparation ahead of London 2012, though he doesn't seem to mind.

"Every once in a while British basketball believes that its moment has come," he says, citing the Olympics as well as various sponsorship deals that have come and gone.

"And then you look back and suddenly realize there just aren't enough fundamentals in place on the court or off the court for a spark to light the fire."

Like many sports in the lead-up to the 2012 London Olympics, basketball received its share of public funding to field a respectable team on its home soil. And despite its 1-4 record, the Team GB men lost to silver medalists Spain by just one point -- an achievement team captain Deng, who averaged nearly 16 points during the Games, cites as remarkable.

Yet Team GB's perceived failure at the 2012 Olympics, which included a women's side that went winless, led to drastic public funding cuts. As a result, the men did not qualify for EuroBasket 2015 or the 2016 Rio Olympics.

Deng, who was born in Sudan and raised in south London, said missing out on Rio was "really upsetting," and expressed frustration that basketball was not promoted further after the Games. To his credit, Deng started his own basketball academies in the UK and South Sudan, but he feels let down by the system.

"People don't realize the progress we made," he told the Independent on Sunday. "I tried my hardest to help the growth of the game, I just feel more could be done. A lot of kids love basketball, but as they get older there's nowhere to turn. They stop playing."

Routledge categorizes sports development in Britain as a "free market approach," noting that his club Leicester is the only BBL team to own its arena because of its ability to self-fund the project.

France, on the other hand, takes a "much more statist approach" to youth sports development, he says. Indeed, since the Clairefontaine academy for football kicked off in 1988, France has produced the likes of Thierry Henry and Kylian Mbappe, and will enter Russia 2018 as one of the World Cup favorites.

While England has decided to mimic France's approach to football development with the St. George's Park football center opened in 2012, there is no equivalent for basketball.

Leicester, however, recently opened its own basketball youth academy -- the largest in Britain, according to Routledge. "We're attracting the best athletes in the country," he says, describing the facility that houses 46 males and females aged 16 to 19.

Part of the goal is to place them in basketball programs in the U.S. or UK via athletic scholarships, says Routledge. "Is that going to produce NBA players?" he asks. "It's going to take a long time."

Lack of backing for the BBL

Producing some of the best players in the world without a top-level professional league is nearly impossible, says Amaechi, who played for the Sheffield Sharks of the BBL in between stints in the NBA.

Amaechi claims that British players in the BBL -- of which there are a minimum of seven on each team -- are often paid low salaries that do not qualify as living wages. He says he has housed two former BBL players in the past five years who were cut by their teams and had no place to go.

"They mostly end up playing basketball for a while, and then they drop out of the system. Maybe they go into coaching," he said. "The thing that's saddest about this is that there should be 10 or 15 English players in the NBA right now; that's how much talent we have."

Routledge, who has been involved with the BBL since it was formed in a boardroom at Old Trafford in 1987, admits that losing main sponsor NTL was a big blow for the league. The American cable company filed for bankruptcy in 2002, then sold its BBL rights to ITV Digital, who also went bust that same year.

He counters, however, that all his players are paid enough to play basketball full-time and are offered to attend MBA programs at Leicester University for free -- one of the perks of playing on the team.

Ultimately, the BBL could use a stable TV contract to secure better salaries for its players and steer them away from other sports. Currently, the only way to watch the BBL is online, save for three finals games on the BBC.

"The top athletes will go where the money goes," says Routledge. "So you'll see the top big [tall] guys playing rugby; that's part of the story."

Not enough players turn to Europe

If a country like Latvia, with a population of just 2 million, can produce one of the most talented players in the NBA -- 7-foot-3 phenom Kristaps Porzingis of the New York Knicks -- then perhaps British ballers should be testing their skills in European leagues.

That thinking is becoming more prevalent, says Clark of the British Basketball Federation, who is also the director of the Barking Abbey basketball academy.

He notes that his own son, Daniel Clark, left home at 14 to play for Spanish club Estudiantes. The 6-foot-10 Team GB center currently plays for San Sebastian at the top level of Spanish basketball.

Clark says the Barking Academy has sent nearly 100 players to U.S. universities on scholarships, but that it may be time that British basketball rethinks its strategy of looking Stateside.

"Are they going into the right programs? Are they getting a chance to play?" he asks. "So many factors go into that debate as to what is the right developmental pathway for each player."

The 19-year-old from Lambeth, south London, has been playing in the Italian league since age 14, and if his highlights are anything to go by, he could be the face of British basketball in the near future.

Then again, the 6-foot-7 wingman is listed on the site of his second-tier Italian club, Pallacanestro Biella, under the nationality "Italian." 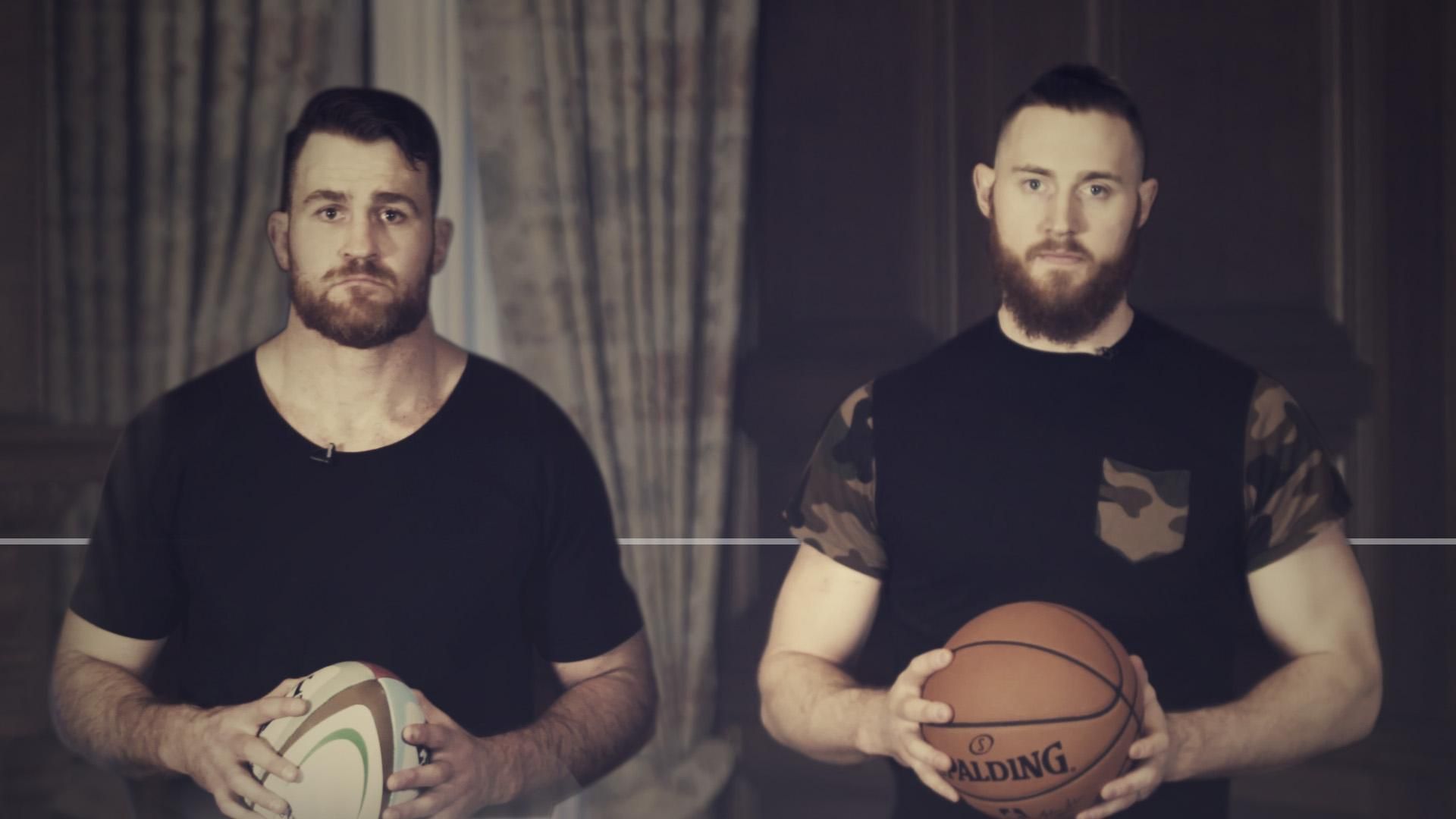