Tiger Woods derailed by double-bogeys, but finishing is an accomplishment 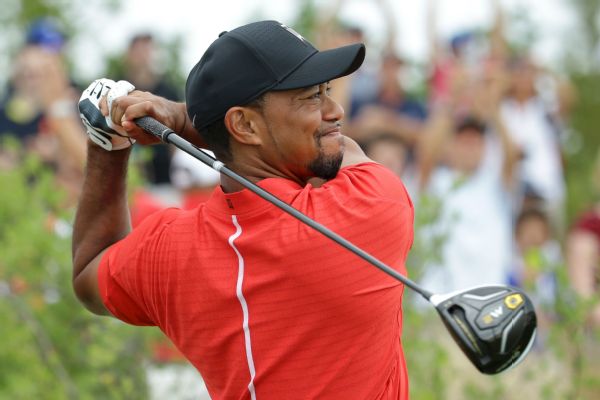 NASSAU, Bahamas -- Tiger Woods did not finish the Hero World Challenge as he would have wanted, shooting a final-round 76 that included a double-bogey at the 18th hole.

But those details will be lost amid a bigger picture that saw the 14-time major champion complete 72 holes in a golf tournament for the first time since August 2015 due to multiple back surgeries.

Woods finished 15th in the 17-player field, and his final-round 76 was the highest score of any player during the week, but he more than held his own when many wondered if he might embarrass himself. Woods made 24 birdies for the week -- more than any player in the field other than winner Hideki Matsuyama.

"It feels good to be back out here playing again, competing and trying to beat the best players in the world,'' Woods said. "I missed it. I love it. I've been doing it for a very long time, and this stretch where I've been off for almost a year and a half has been rough, and the last few years have been rough. I've had some very, very difficult times and have some great friends that have helped me over the times to get me to this point, and I'm just so thankful to be back here playing again.''

Woods made three double-bogeys Sunday, derailing any chance to move into a higher position. Two of them came on par-5s, and he had three other bogeys on those scoring holes. Matsuyama, in contrast, shot 2 under on those holes. That 9-shot swing is one area Woods will need to correct going forward.

"It's kind of new to me again,'' said Woods, 40, who has won 79 PGA Tour titles -- the last coming in 2013. "The feel of playing, the feel of adrenaline in my system, hitting shots. This wind is not forgiving, you miss the ball, and you're in a bush somewhere. It's tough. But I felt like I did some really positive things. I'm pleased about that, and I just need to clean it up.''

For the week, Woods made 24 birdies, 8 bogeys and 6 double-bogeys. He finished 14 strokes behind Matsuyama, the Japanese star who has now won four of his past five starts worldwide, including two in Japan. The non-win was a second-place finish.

That's the kind of golf Woods used to play. He described what Matsuyama is doing as "daunting'' and "he's one of the players that we're going to have to beat for a long time.''

Woods' caddie, Joe LaCava, was far from concerned about Woods beating anyone this week. Having sat out for over a year, too -- and having caddied for another player with a back problem, Fred Couples, for years -- LaCava was looking for more modest success.

"I thought it was good,'' LaCava said. "He's upright, No. 1. You laugh, but that's good. I love the fact he was hitting a lot of shots that he was picturing in his mind, like right-to-left wind and hitting a little hold-up cut shot with mid-irons and hitting the little low, semi-stinger with the longer irons. And when we were downwind, getting the ball up in the air and bombing it.

Woods said he will take the next two weeks off at home to rest, recover and work on getting his weight up after a recent illness. Then it will be back to work, testing clubs and trying again to get his game in shape while also settling on a schedule for the early part of 2017.

"I'll consider a lot of things, but I would like in my heart of hearts to play a full schedule next year,'' he said. "I really want to play. And one of my goals is I told our captain [Steve Stricker] I want to be more than an assistant [for the Presidents Cup]. I hope for the next year I can start playing more events.

"The good thing is that because I have been away for so long, everything I do here, I just keep accruing points. Nothing's falling off. So if I play halfway decent, I'll keep climbing quickly, and if I happen to have a couple wins in there, I'll jump up really fast.''

Woods, who began the week 898th in the world, is projected to earn enough world ranking points from this tournament to move to around 650th. 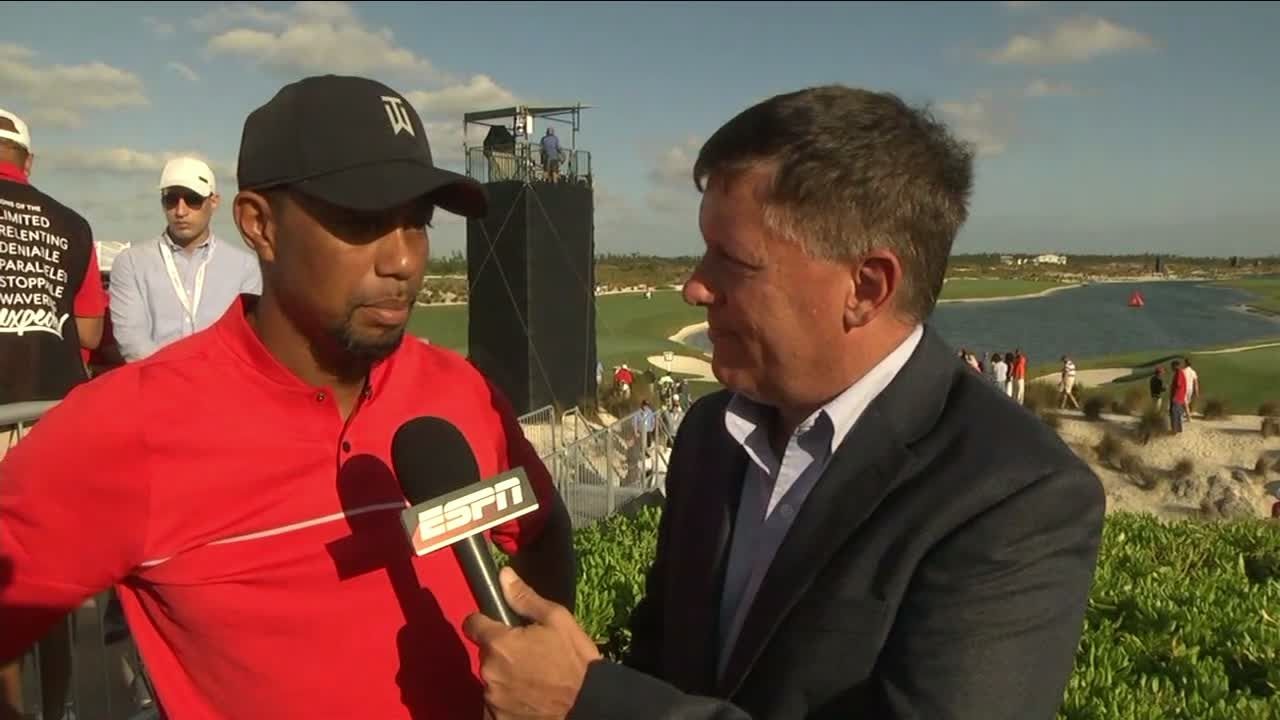 Woods: 'I just needed to get some rest'
Tiger Woods joins ESPN's Bob Harig to discuss his performance during the Hero World Challenge, staying mentally strong throughout the tournament and his plans for competing again in the Masters.