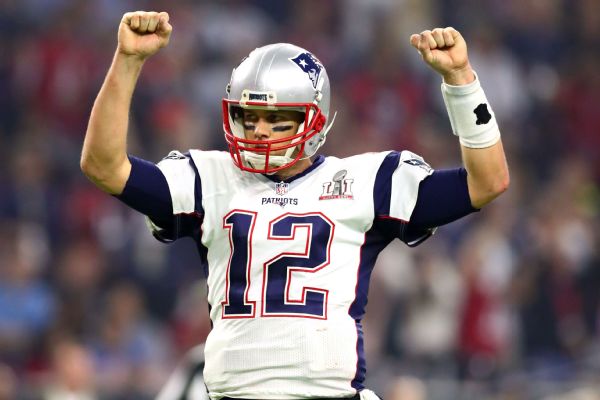 HOUSTON -- Because the Atlanta Falcons couldn't turn a fast start into a big finish, New England Patriots quarterback Tom Brady showed every bit of his big-game experience and every letter of his Hall of Fame résumé.

Brady led the Patriots back from deficits of 21-0 and 28-3 with a throw-early, throw-late approach as the Patriots roared back to win Super Bowl LI 34-28 in the first overtime game in Super Bowl history. Entering Sunday, no team had won the Super Bowl after trailing by more than 10 points.

"They're all special,'' Brady said. "This is an incredible team. I'm just happy to be a part of it.''

Brady finished 43-for-62, the most attempts in Super Bowl history, for 466 yards and two touchdowns. His 466 yards passing are also a Super Bowl record, surpassing the 414 yards Kurt Warner had 17 years ago.

Brady had his first interception returned for a touchdown in any postseason game when Falcons cornerback Robert Alford snatched one of his passes in the second quarter and returned it 82 yards for the score.

But Brady powered the Patriots' comeback from a 28-3 deficit late in the third quarter for the win, closing out a season that opened with Brady serving a four-game suspension for Deflategate.

"We played our tails off to get to this point in the season,'' Brady said. "To get down 28-3, it was just a lot of mental toughness by our team and we're all going to remember this for the rest of our lives.''

Brady had looked, well, un-Brady-like for much of the first half. The Falcons were able to generate pressure on Brady with four rushers much of the time, and the Patriots' first-half possessions resulted in three punts, a fumble, the interception and a field goal just before halftime.

And with 8 minutes, 31 seconds remaining in the third quarter, the Falcons held a 28-3 lead. From that point on Brady went 26-of-33 passing for 283 yards as the Patriots scored on their last five full possessions of regulation and overtime combined.

"Tom is just a great player,'' Falcons defensive end Dwight Freeney said. "And when he gets going like that, he's hard to stop.''

"This year, down 25 points, it's hard to imagine us winning at that point,'' Brady said.

The Patriots cut the deficit to 28-9 by the end of the third quarter and had trimmed it to 28-20 with 5:56 remaining in regulation. The Patriots then went 91 yards on 10 plays to tie the score at 28-28 with a 1-yard run from James White to go with Brady's pass to Danny Amendola for the two-point conversion.

Brady then led the Patriots on a 75-yard scoring drive in eight plays on the opening possession of overtime. Brady went 5-of-6 passing for 50 yards on the game-winning drive.

It was the fifth Super Bowl win of Brady's career. He is the first to play in seven Super Bowls and the victory ties him with Charles Haley for most Super Bowl rings.

By the time Ryan tossed his second touchdown pass of the game with 8:31 left in the third quarter, he was 12-of-14 passing for 193 yards and the two touchdowns.

The six-point victory tied New England with the 1989 San Francisco 49ers for most victories in a season against the spread at 16-3. 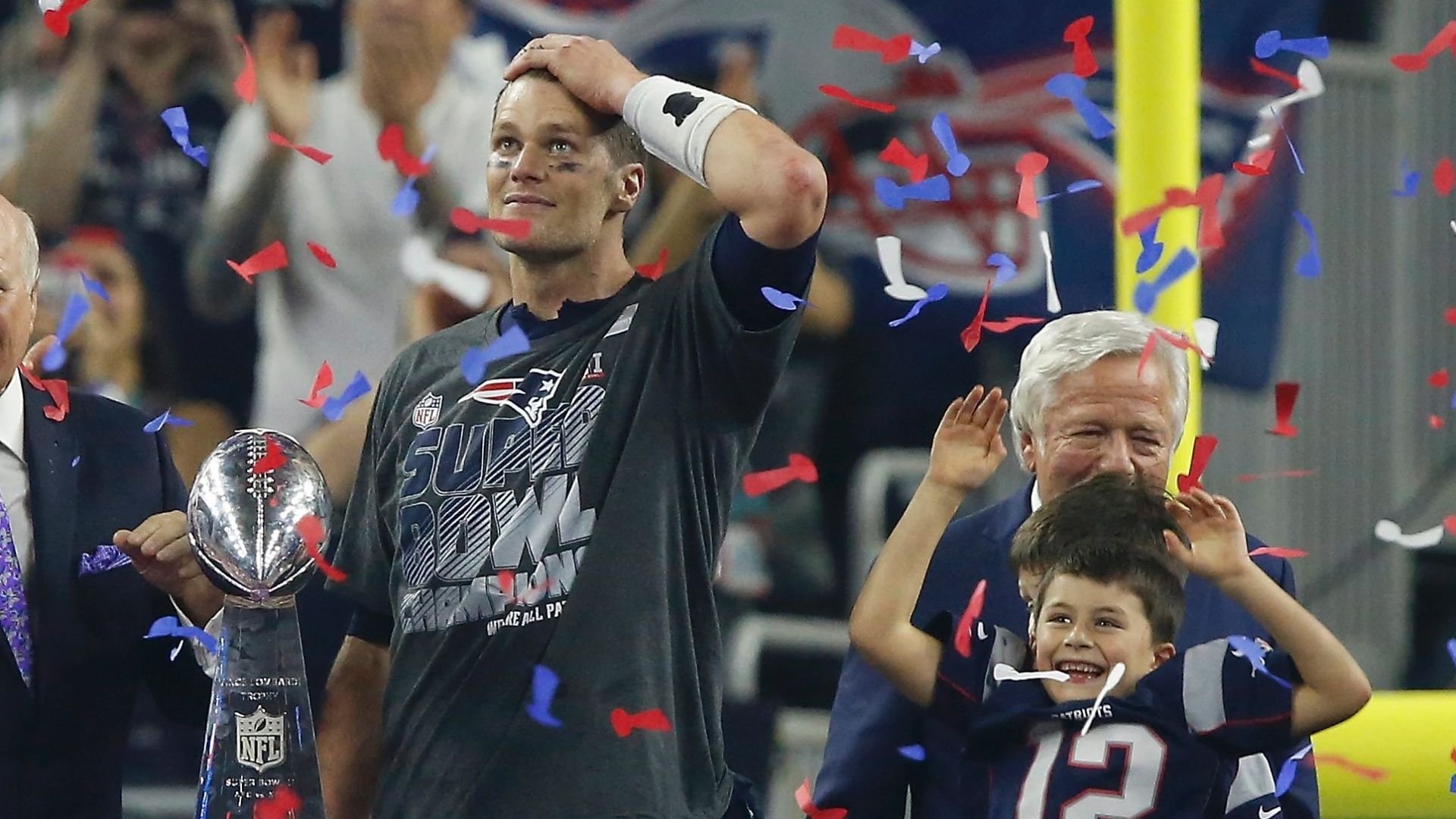