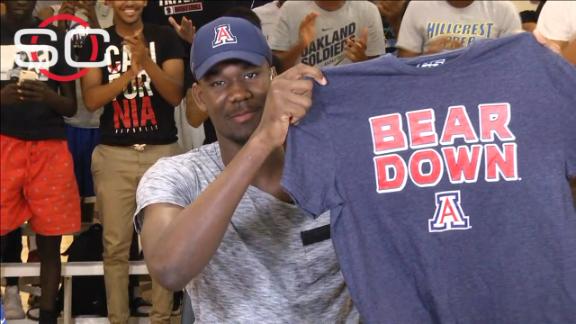 DeAndre Ayton, the top-ranked boys' basketball recruit in the country, has chosen Arizona over Kentucky and Kansas.

Ayton entered the summer listing only Kansas as a school of interest, but he said the Wildcats made up ground due to the relationship the staff built with both him and his mother, Andrea.The 7-foot-1, 245-pound Ayton is a native of the Bahamas who attends Hillcrest Academy in Phoenix.

"It's close to home, and I really built a great relationship with Coach [Sean] Miller and [Joe] Pasternak," Ayton told ESPN. "It's important to me for my mom to see me play -- and to be close to her."

Ayton moved to San Diego in the seventh grade from Nassau, and he is in his second season at Hillcrest.

There has been speculation that Ayton could be the next big-time high school standout to play overseas instead of in college. However, he told ESPN that won't be the case -- and that he is focused on playing at Arizona.

"College is a must," he said. "My family wants me to go to college. It's important for me and my mom. I want to go to Arizona and win a national championship. Arizona won its only national title 20 years ago -- and I'd like to help bring another one to Tucson."

Ayton, 18, has been considered the best player in the 2017 class since dominating against older players at the LeBron James Skills Academy during the summer of 2014. He is an athletic, skilled big man who is versatile enough to play in the post and also step out on the perimeter and make shots. He compared his game to future NBA Hall of Famer Kevin Garnett.

"Every time I watch him, I see that fire he plays with," Ayton said. "That's the same fire I have."

"I've seen him grow a ton in the last year, even in the last three months," Hillcrest coach Kyle Weaver said. "He's become a leader. There's no one I'd rather go to battle with than DeAndre. He has such a bright future, and Arizona will certainly have a chance to win a national title with him in the fold."

Ayton averaged 20.1 points and 11.9 rebounds on the Nike EYBL circuit this past spring and summer, including posting a 25-point, 12-rebound performance against Wendell Carter, the No. 1 power forward in the Class of 2017.

The top two prospects in the senior class are now already committed, with Ayton joining No. 2 Michael Porter Jr., who committed to Washington in July.

Ayton is the second commitment in the 2017 class for Arizona. The Wildcats also landed ESPN 100 guard Alex Barcello in late August. Miller has recruited a top-seven class in six straight seasons and is now in good shape to end up near the top of the rankings once again. 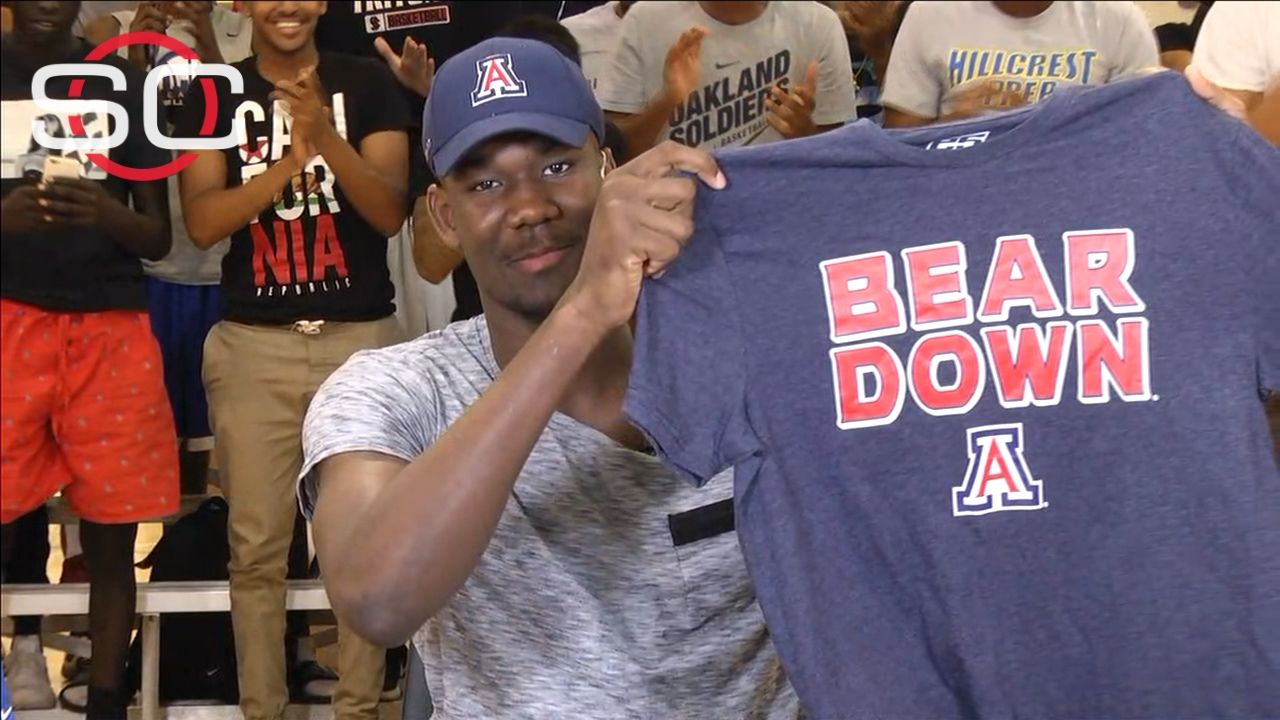