Torrey Smith expects to return to Eagles next season 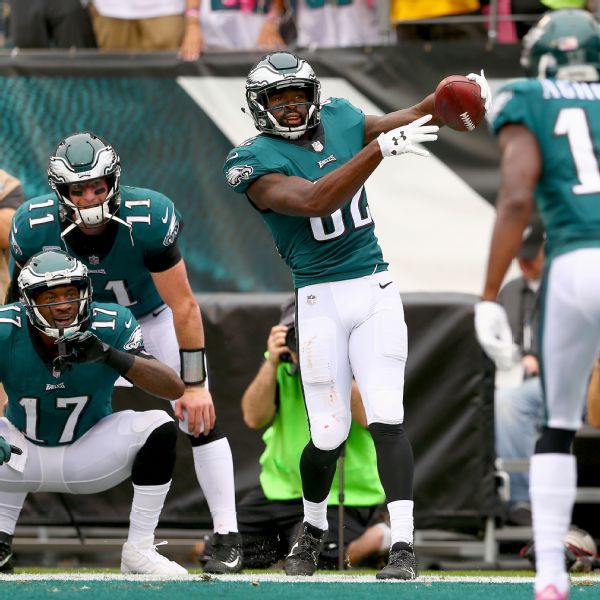 COLLEGE PARK, Md. -- Torrey Smith said Saturday that he hasn't thought much about his future with the Super Bowl champion Philadelphia Eagles.

Smith was the Eagles' fourth-leading receiver in his first season with Philadelphia, catching 36 passes for 430 yards and two touchdowns. Smith's status is uncertain because the Eagles can create $5 million in cap space by releasing him.

"I'm expecting to be back, but I know how the business goes," Smith said before watching his alma mater Maryland play Michigan in basketball. "There would never be any hard feelings. How can you be mad at someone who gave you a chance to win a ring."

Smith, 29, signed a three-year, $15 million contract with the Eagles last offseason. Despite a below-average regular season, Smith produced a strong postseason with 13 receptions for 157 yards and one touchdown.

A seven-year veteran, Smith played for the Baltimore Ravens and San Francisco before joining the Eagles. Since entering the NFL, he has totaled 57 catches of 25 yards or longer, which ranks 12th in the NFL.

He is due to make $5 million in each of the next two seasons, unless Philadelphia parts ways with him.