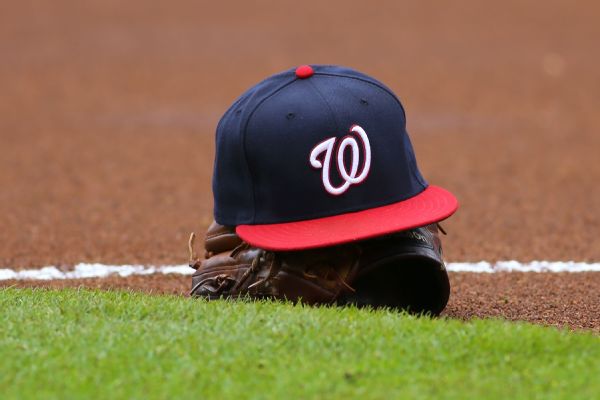 The Washington Nationals lost Trea Turner to a hamstring injury in the first inning, and things only got worse from there.

Turner, the Nats' 23-year-old shortstop, led off the game with an infield single, stole second base and advanced to third on a single, but he suffered what the team called a hamstring injury. He was lifted in the top half of the first inning and replaced by Wilmer Difo.

"It'll probably be a couple days," manager Dusty Baker said after the Nationals'17-3 lossto the Philadelphia Phillies. "I don't think he pulled it too badly. But you know something's wrong when he didn't score on that ball."

As if losing last year's Rookie of the Year runner-up to injury weren't bad enough, the Nats saw starting pitcher Jeremy Guthrie get tagged for 10 earned runs during a 12-run first inning for the Phillies.

Guthrie, who hadn't pitched in the majors since 2015 and was called up to make a spot start, recorded just two outs before being pulled in favor of Enny Romero. Guthrie's ERA for the season sits at 135.00 after his lone appearance.

Guthrie is just the fifth starting pitcher since 1893, when the mound was moved to its current distance, to allow 10 runs and not get out of the first inning.

"Thank God for Joe Blanton, because he gave us three innings, and he didn't throw that many pitches, and he saved our bullpen because there were two or three [relievers] we were trying to stay away from, especially this early in the season," Baker said.

Guthrie's rough start led the Nationals' rotation ERA to balloon from 2.10 at the start of the game to 5.47 at the end of the first inning.

On Sunday, the Nationals designated Guthrie for assignment and called uprighty Matt Albers from Triple-A Syracuse. The Nationals also will not have Turner in the lineup Sunday, with Stephen Drew getting the start at shortstop.

Guthrie, who was celebrating his 38th birthday Saturday, took to Twitter following the loss:

Nats 'dodged a bullet' with Turner's injury
ESPN's Buster Olney says that shortstop Trea Turner may be out only a couple of days after leaving Saturday's game against the Phillies with a hamstring injury.