Trevor Bauer gets stitches after cutting finger on drone; Josh Tomlin to start Game 2 of ALCS 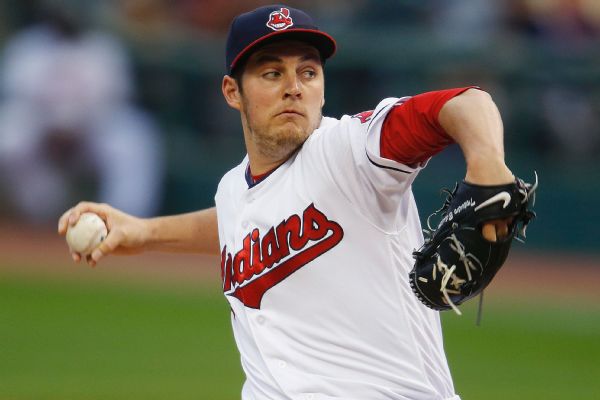 CLEVELAND -- The Indians expect pitcher Trevor Bauer to be ready to start Game 3 of the American League Championship Series on Monday in Toronto after scratching him from Saturday's outing because of a freak injury to the tip of his right pinkie finger.

Josh Tomlin will start Game 2 at Progressive Field in place of Bauer, who cut his finger while doing routine maintenance on his drone. The free-spirited Bauer is a longtime drone enthusiast and has built and flown the devices for years.

General manager Chris Antonetti said the cut is on the outside of Bauer's finger and shouldn't affect his various grips. Bauer arrived at Progressive Field early Friday and lightly tossed all his pitches without incident. Manager Terry Francona said the biggest challenge for Cleveland's medical staff will be making sure Bauer's cut heals enough that the finger doesn't start bleeding while he's pitching.

"In the grand scheme of things, as long as Trevor is OK, all we're doing is flip-flopping him with Tomlin," Francona told reporters at his pregame news conference. "We have to win four games anyway. And they were both going to pitch twice."

Nevertheless, the bizarre nature of Bauer's injury made for a chaotic day for the Indians. Francona learned of the injury when he received a call from Antonetti on Friday morning.

"I was in the shower, and when I got out of the shower my phone was blowing up," Francona said. "And Chris was like, 'Call me.' You could have given me a lot of guesses, and I wouldn't have probably got this one."

Bauer wasn't available for comment before Friday's ALCS opener, which the Indians won 2-0.

The injury is the latest in a series of disruptions to the Cleveland starting rotation. Carlos Carrasco and Danny Salazar both went down with injuries in September, and Corey Kluber missed 10 days with a strained quadriceps before returning to beat Boston in the division series.

Francona said he was not angry or disappointed in Bauer, who has attracted attention at times for his quirky personality and unorthodox training regimen.

"We've been together four years, and Trevor definitely has his own thoughts," Francona said. "I think when it's all said and done, some of it's overblown. He actually has a lot of really good routines, to be completely honest.

"This was not malicious. He could have been opening a box in the kitchen. Things happen. I wish it wouldn't have, but it wasn't done maliciously. It wasn't done by being silly. It just happened."

Tomlin, who allowed 36 home runs during the regular season (third-highest total in the majors behind James Shields and Jered Weaver), pitched five effective innings at Fenway Park to beat the Red Sox 4-3 in the final game of the ALDS.

Rather than faceJ.A. Happat home Saturday night, Bauer will oppose Marcus Stroman on Monday at Rogers Centre. In Bauer's only regular-season appearance in Toronto, he pitched five shutout innings in relief of Tomlin on July 1. He earned the win in a 2-1, 19-inning Cleveland victory over the Blue Jays. 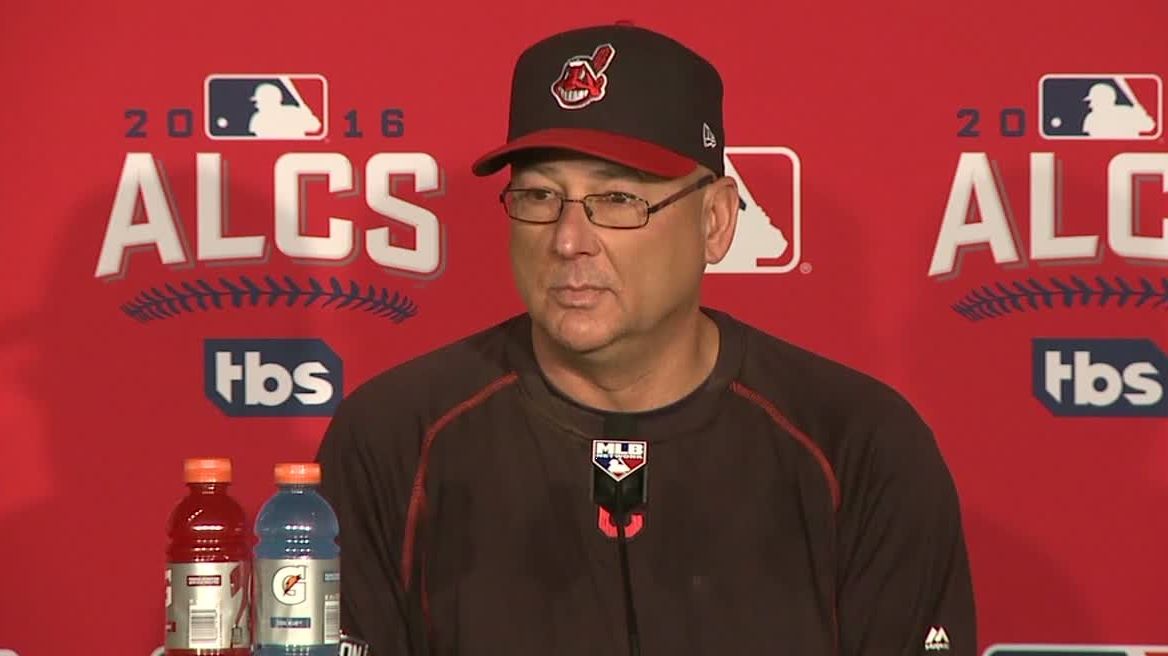