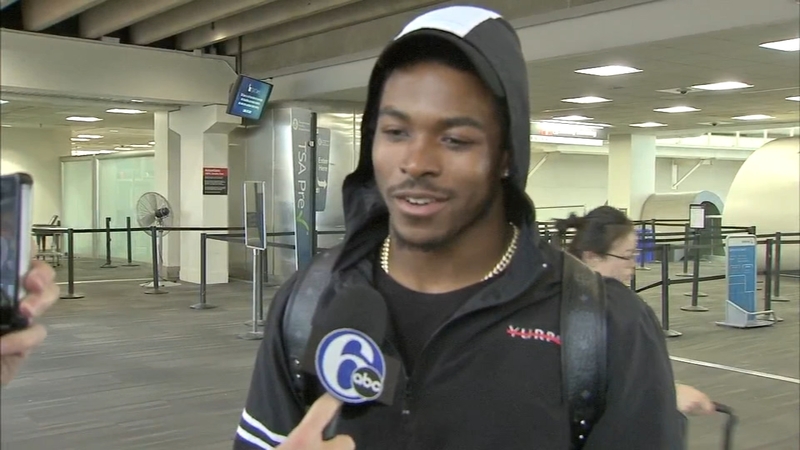 PHILADELPHIA (WPVI) -- Eagles running back Corey Clement arrived at Philadelphia International Airport on Tuesday afternoon, and said there is no greater feeling than to be back in his hometown as a Super Bowl champion.

He was taking pictures and signing autographs for people who recognized him on the plane.

Clement is fresh off an appearance on Jimmy Kimmel Live, where he and teammate Jay Ajayi were stunned when Jimmy said quarterback Nick Foles had been traded (It was a prank.)

The undrafted rookie from Glassboro, New Jersey became a Super Bowl hero with a touchdown and 100 yards receiving.

"I saw the whole city was lit up in green, and now I get to be a part of it," Clement said. "This is something I've always lived for."

See more of Jeff's interview in the video above.

Meanwhile, the Glassboro School District has declared Thursday as Corey Clement Day. The school will be closed that day to allow students and staff to attend or watch the Eagles Super Bowl parade in Philadelphia.

Clement tells @6abc
“Being back to my hometown... there’s no other greater feeling than coming back Super Bowl champions”