WPVI
By Trish Hartman and Walter Perez
VILLANOVA, Pa. (WPVI) -- The doors opened earlier than planned Tuesday morning at the Villanova University bookstore, allowing dedicated and patient fans to get their hands on the first championship merchandise.

For some, it was a little bit of deja vu.

"It was so exciting!" said Jemie Vertti of Radnor Township. "Here we go again! I came here two years ago when we won."

T-shirts and hats were the first items to arrive, fresh from the factory.

"This morning started at about 3 a.m. for some of our team," said Book Store Director Rachael Maciag. "We actually went to the Nike facility to pick up the shirts as they were being printed."

There didn't appear to be too many students in the early crowd, after last night's post-game celebration.

But there were some who just HAD to get a shirt.

"I have never heard the quad that silent before this morning, so we ran over here and we got them," said sophomore Bridget Ulrich. 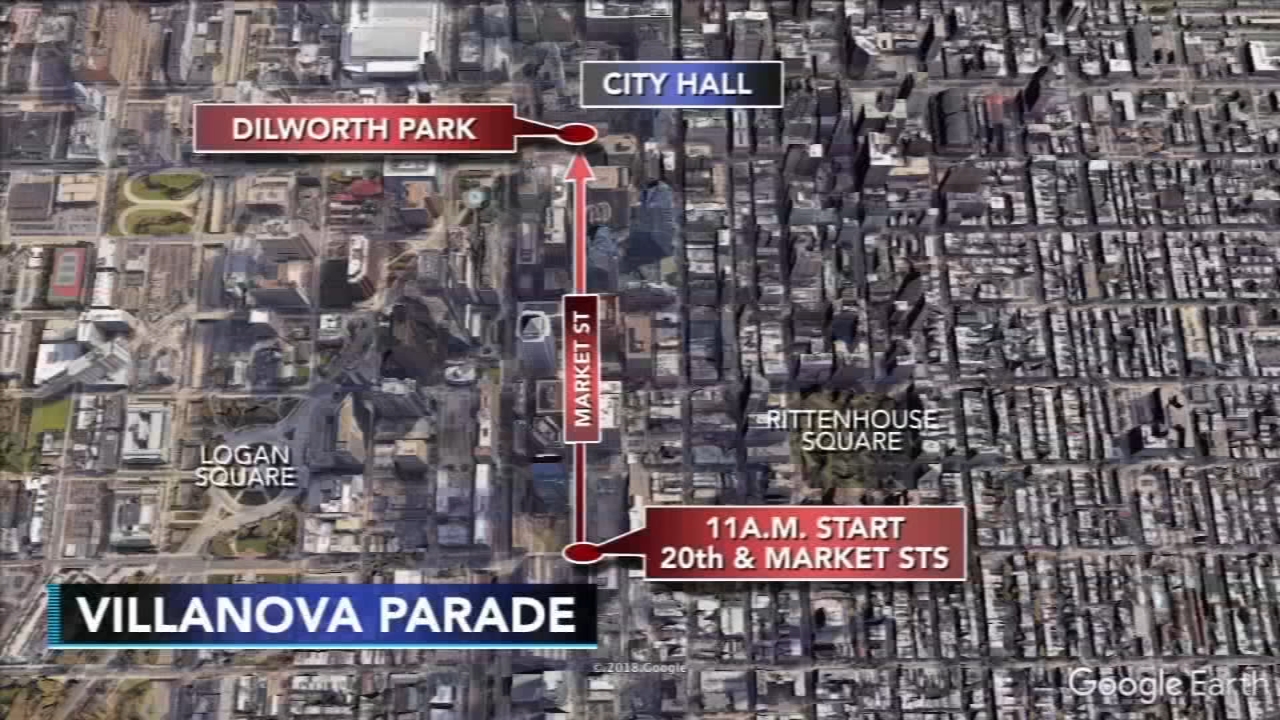 Previewing the Villanova Championship Parade
It's time for another championship parade in Philadelphia, and 6abc is your official Villanova parade station!

For those who want to continue the party, the university is hosting a pep rally Tuesday evening when the team returns.

"It's really a big celebration and a way for those of us who didn't go to Texas to see them win to show our appreciation, celebrate together... really, to welcome them home," said Associate Vice President for University Communications Liz Kennedy Walsh.

Villanova officials said they're thrilled to be hosting another championship celebration.

"The way that that team carries themselves, the way Jay Wright coaches that team.... There's such an amazing representation of Villanova," said Walsh.

Back on campus Tuesday evening, hundreds roared for the roared for the Wildcats, welcoming home the team as national champions for the second time in three years.

The teams collective message to the crowd: Thank you.

"We're just so thankful to have you guys as a part of this community," said team captain Jalen Brunson. " We love this community."

"It's absolutely exciting! You don't want to leave the feeling of this place," said Judi Sanulewicz, Villanova class of 1962. "It's always been such a family and it continues."

Freshmen Samantha Thomas and Elaynah Jamal said they were hopeful the team could bring home the championship again.

"I'm hoping we do this, this year and the year after that," they said. "We're so used to wining now, it's crazy! It's surreal though, surreal ..." 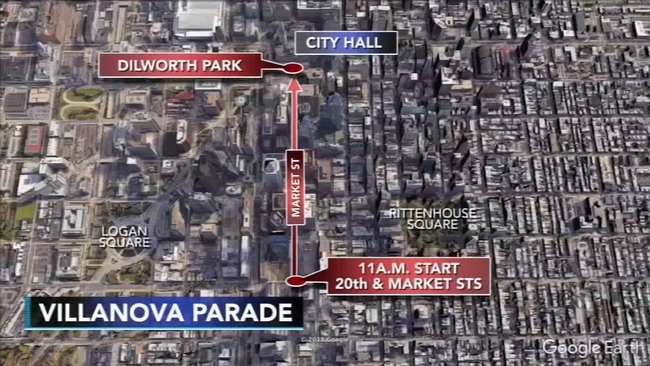