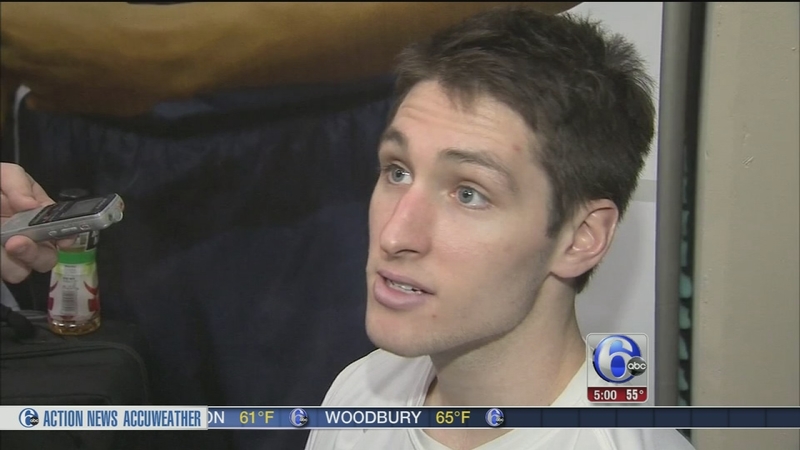 VIDEO: Nova ready for a championship

Villanova head coach Jay Wright was 10 years old when he says he first fell in love with Villanova basketball in Houston during their 1971 Final Four national title game.

Nova lost to UCLA that year, but now Jay Wright and the Wildcats can finally take the National Championship trophy home from Texas by beating North Carolina.

Villanova is on the brink of winning their second title in school history.

They are dreaming about cutting down the nets Monday night.

"You dream about hearing that One Shining Moment, you're on the court, you're cutting down the nets, you have the confetti flying on you with your brothers," guard Josh Hart said.

It would be an amazing feeling not only for Villanova, but for the city of Philadelphia who's starving for their first championship since the 2008 Phillies

"For the city, it would be great. Our professional teams are unfortunately not doing too hot. If we could do that, I think it would bring great pride to the city," guard Ryan Arcidiacono said.

"We haven't had a championship here in a while. For us to come to Houston and be able to do that for the city, for our university, it'd be great," forward Daniel Ochefu said.

The Phillies and the Soul are the only two teams that have won championships since Villanova won it all back in 1985.