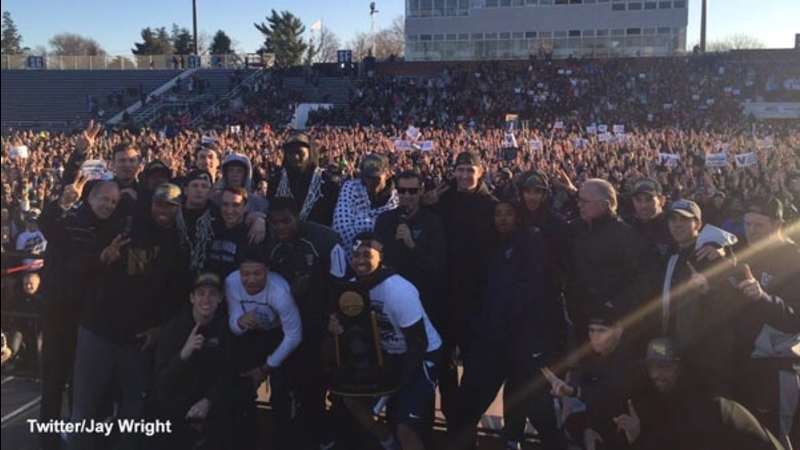 A huge homecoming greeted the Villanova Wildcats back to campus after a wild National Championship win in Houston and the team was grateful for the support.

"The Nova Nation was louder than any team in that arena and you guys have done it for us all year," head coach Jay Wright said. 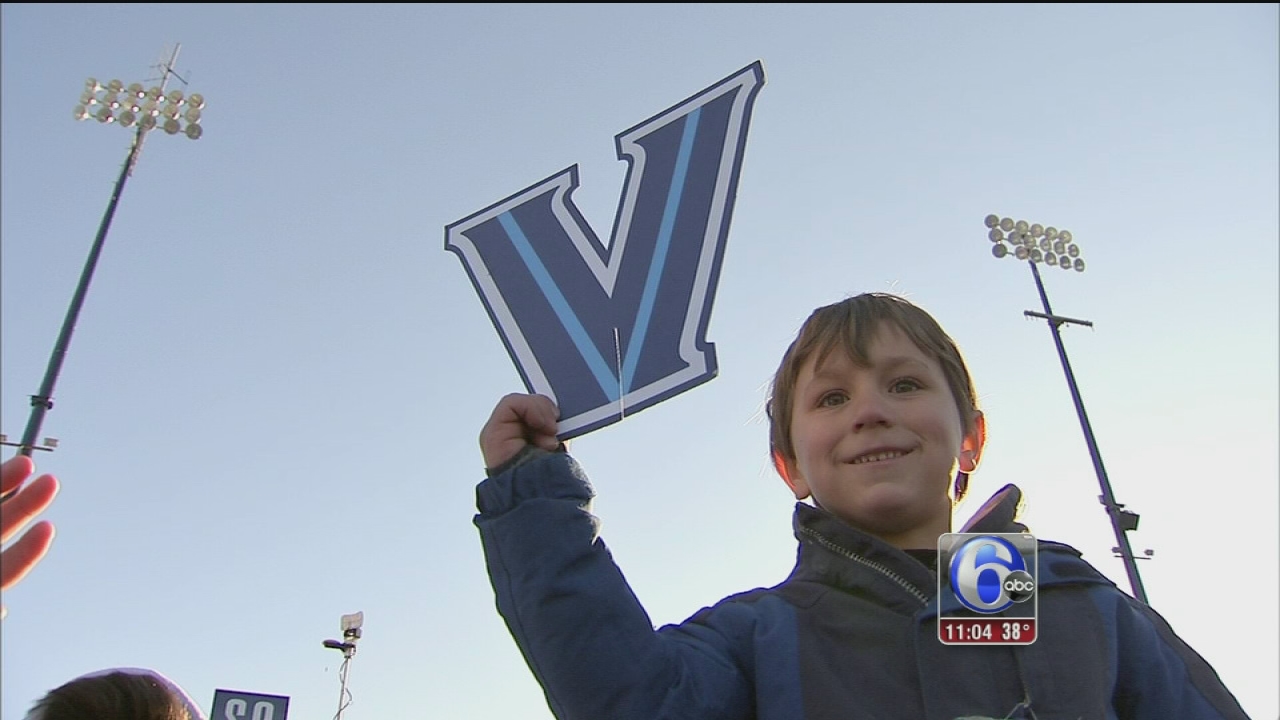 VIDEO: Fans cheer on Villanova
The members of Nova Nation made themselves heard at the homecoming for the National Champion Wildcats. 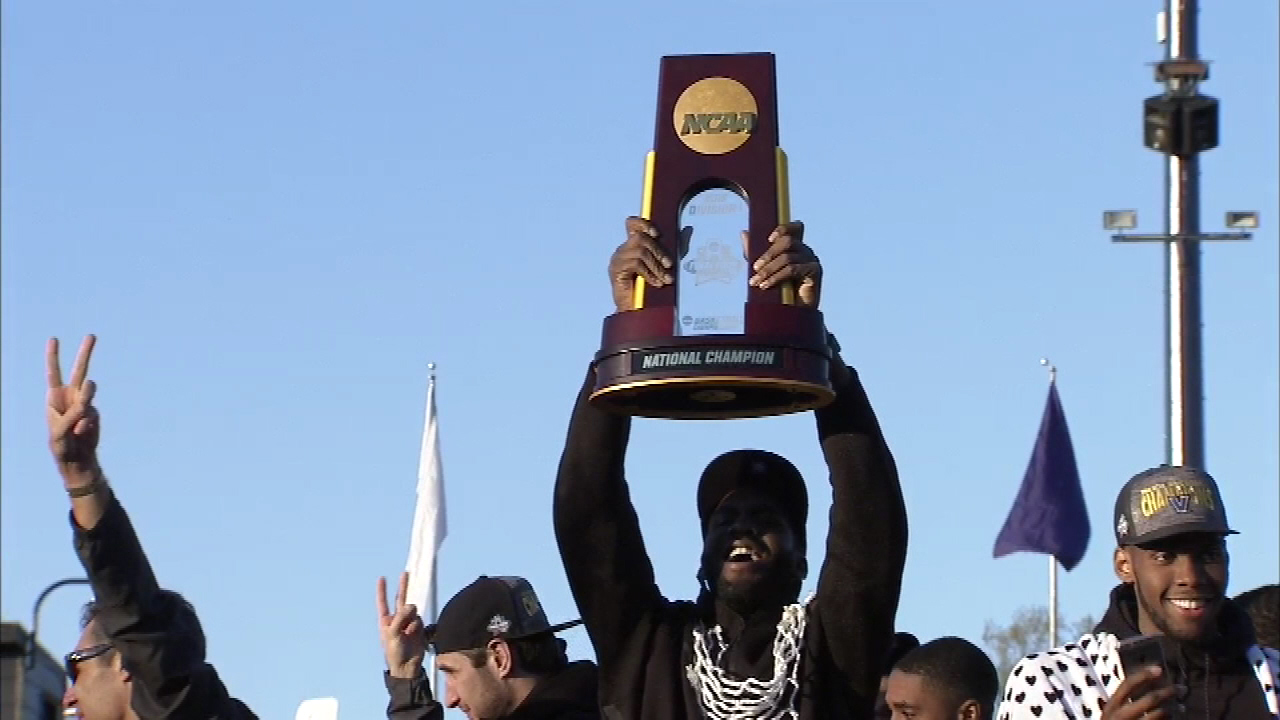 "Thank you for everything. 2016 National Champions," Arcidiacono said.

The players took time to thank the fans who followed them throughout their championship journey.

"I want to say thank you to all you who came out all year. You had our back and this is a great time I was fortunate to play with. I love these dudes. Go Cats, baby!" guard Phil Booth said.

"It's great to be home, great to have the support of all you guys coming out this whole year. That's all I can really say. Go Cats!" guard Josh Hart said.

"Thank you for coming out. Thank you for your support throughout the years. I couldn't ask for a better way to go out. On top. Nova Nation. National Champions, baby," Ochefu. 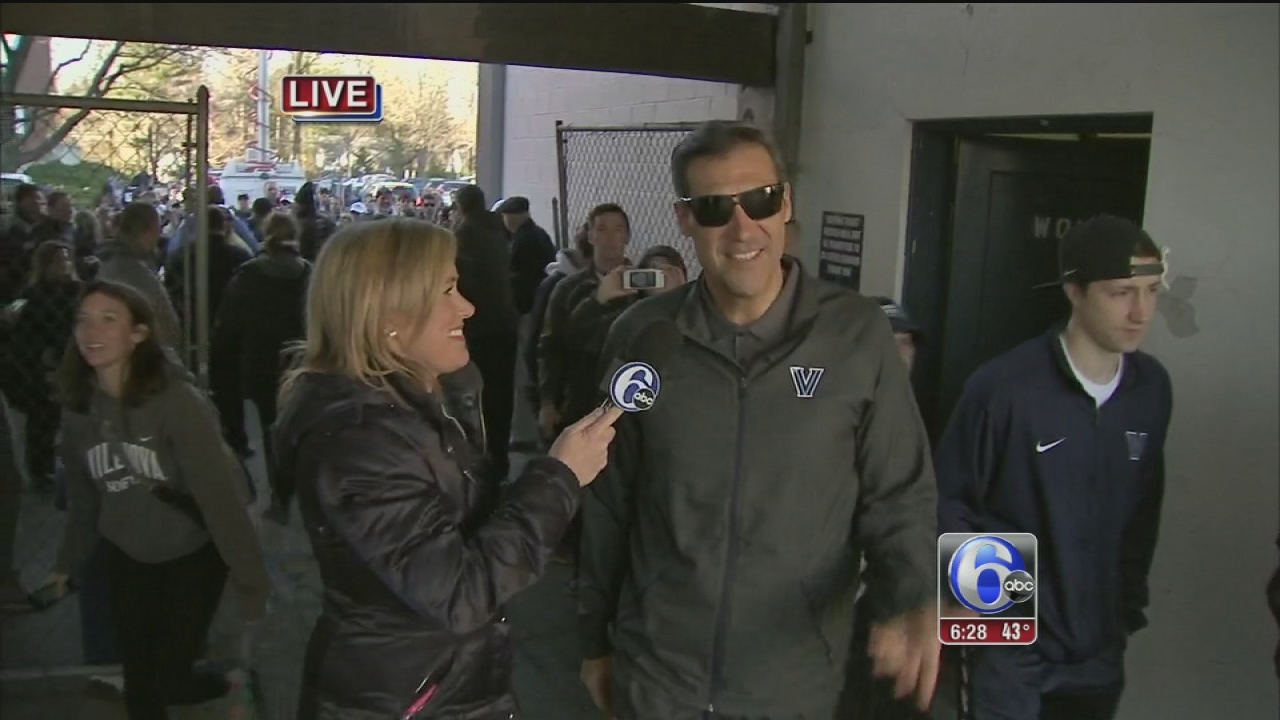 As he made his way to the field, Jay Wright stopped to talk with Action News sports reporter Jamie Apody.

The 2016 National Champions made their way back to Philadelphia International Airport Tuesday after their 77-74 victory over North Carolina.

"This is awesome. It's like you're walking on a cloud. It's especially nice to be back in Villanova, back in Philly," Wright said. 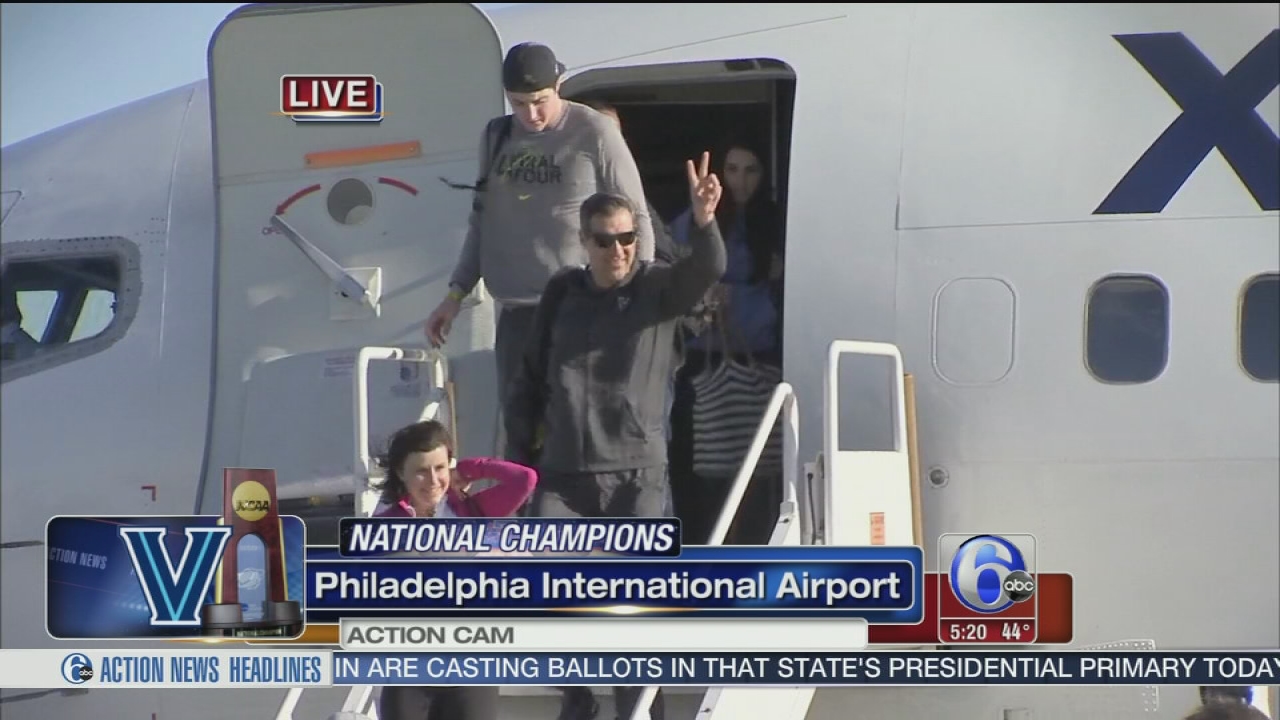 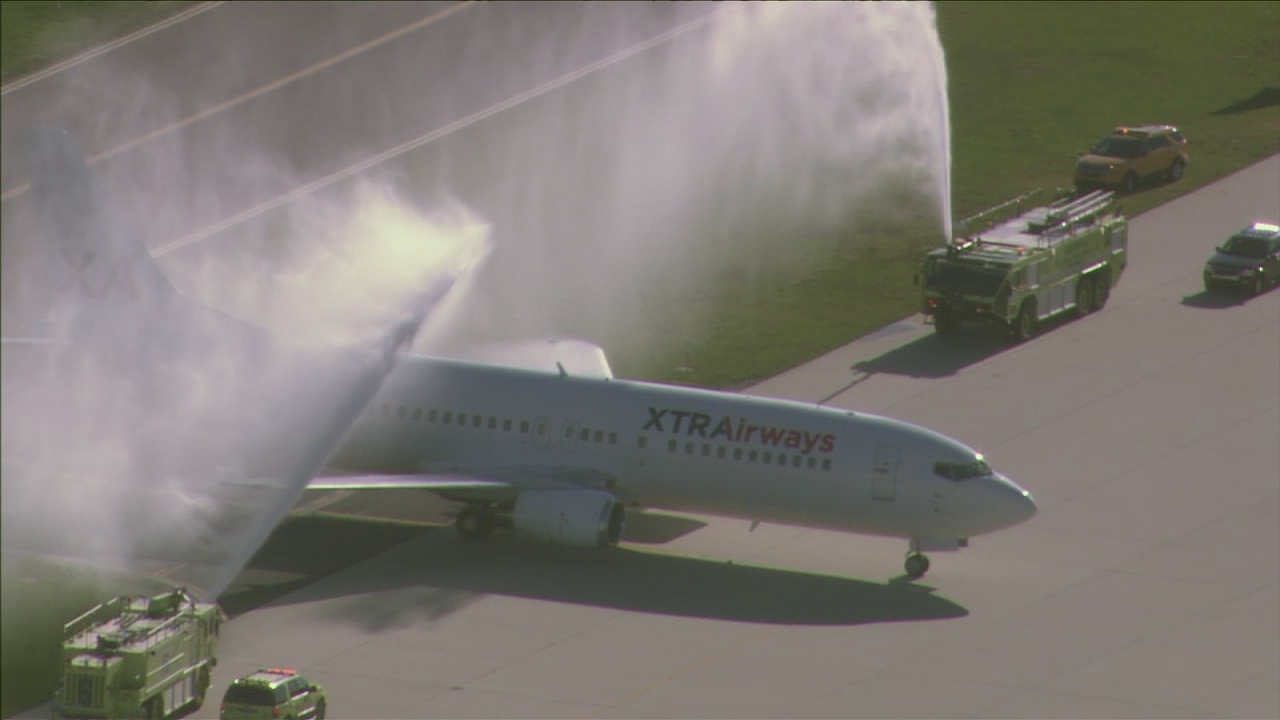 Prior to the team returning, a plane first arrived with alum and university officials including the Villanova University President Fr. Peter Donohue.

"It is a wonderful opportunity for us to kind of show the world the kind of institution Villanova is and what we can do," Fr. Donohue said.

NOVA NATION YOU ARE THE BEST! pic.twitter.com/S60JFnPqaY

A motorcade then led the players back to Villanova University for the homecoming celebration. 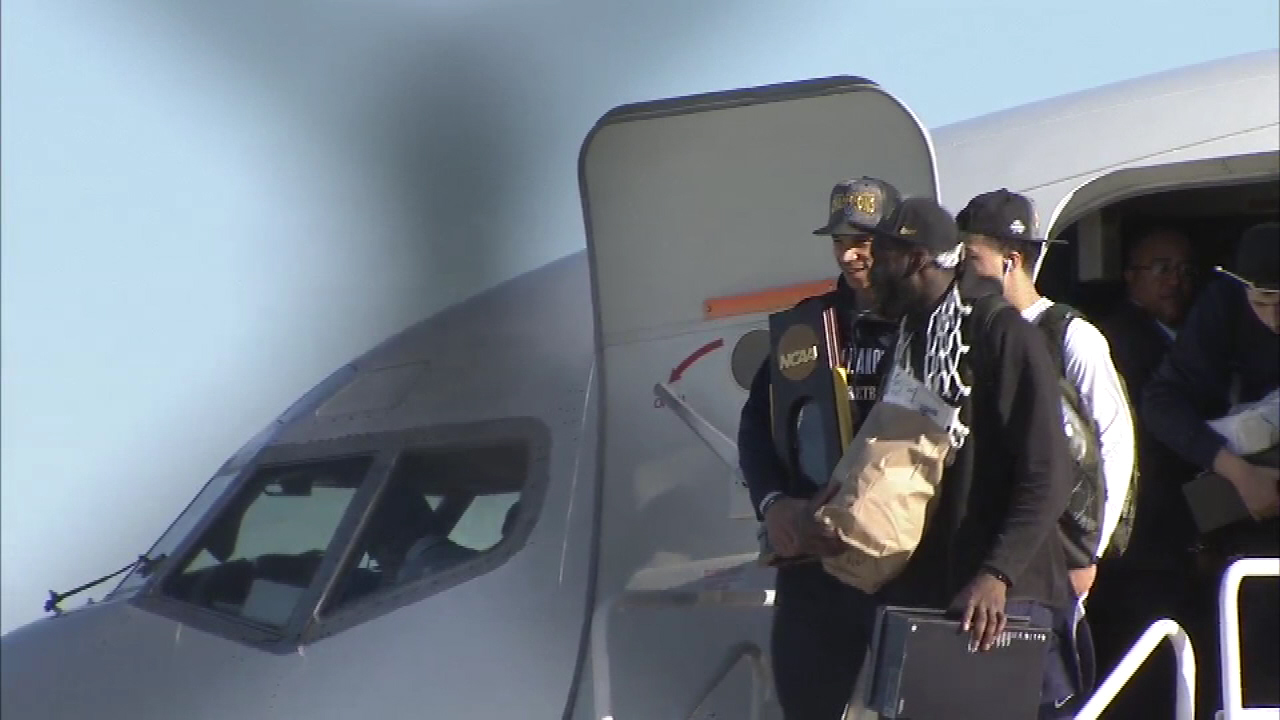 VIDEO: Villanova returns home
The Villanova Wildcats show off their NCAA Championship trophy as they arrive at Philadelphia International Airport.

Before star players Arcidiacono and Jenkins reached the massive crowd, they spoke to Action News. 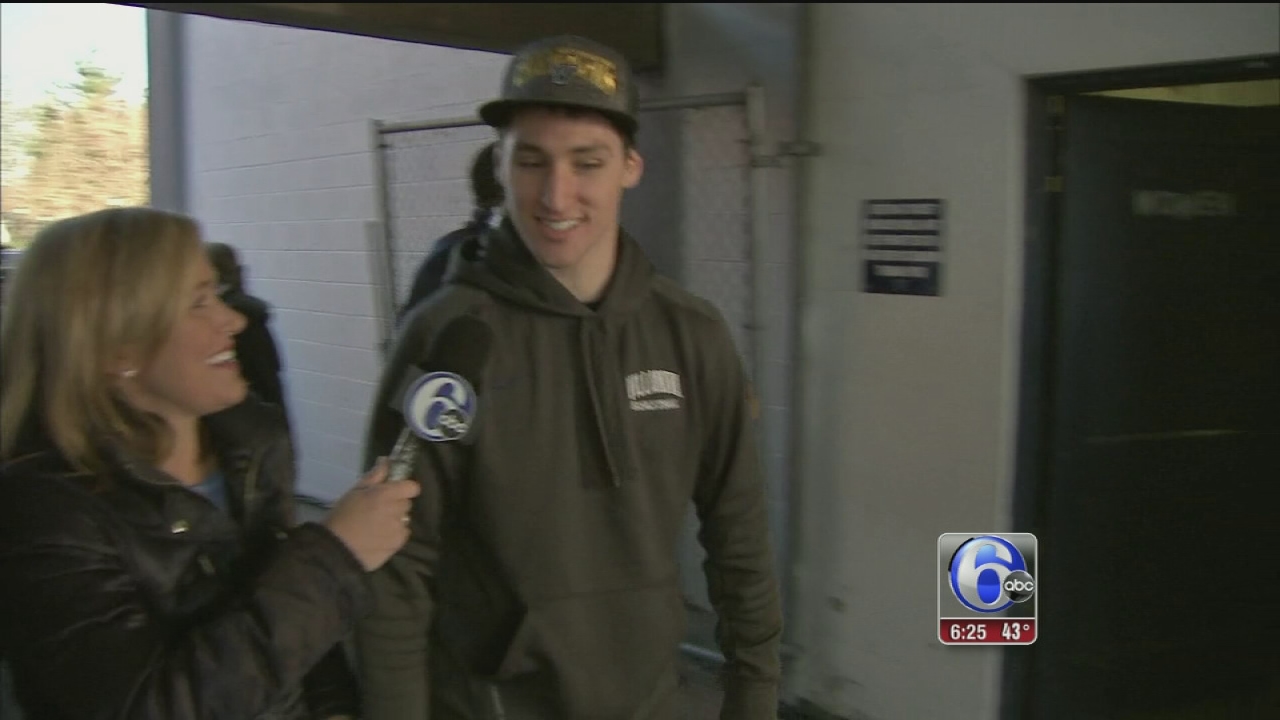 VIDEO: Jamie Apody interviews players at homecoming
Ryan Arcidiacono and Kris Jenkins speak to Action News as they arrive for their championship homecoming on Villanova campus.

Jenkins, coming off his game winning buzzer-beater, could not believe what he was experiencing.

"It's crazy. It's amazing. I'm just happy we were able to win," Jenkins said.

As for his shot - he just had a quick statement on that.

"It was a big shot," Jenkins said before entering the sea of Villanova supporters.

Students attending the homecoming did not have to worry about missing a big test as classes were canceled for the day.