Phillies PA announcer Dan Baker is back after cancer battle

PHILADELPHIA -- Luke Williams walked Philadelphia off with his first big league homer, hitting a two-run shot with two outs in the ninth inning to lift the Phillies over the Atlanta Braves 2-1 Wednesday night.

"Pretty incredible," Williams said. "I'm still trying to figure it all out."

The Phillies had just four hits and made 15 straight outs before Andrew McCutchen drew a one-out walk off Will Smith (1-5) in the ninth. Pinch-hitter Brad Miller popped out to second, bringing up Williams, who was promoted from Triple-A Lehigh Valley on Tuesday for his first taste of the majors.

Williams drove an 0-1 slider over the wall in left. It was the 24-year-old's first homer in an affiliated game since connecting on Aug. 23, 2019 for Double-A Reading.

"People went crazy," manager Joe Girardi said. "He got like three ice baths; he won't have to ice after the game, that's for sure. It's why this game is so much fun - and can be so heartbreaking at times."

It has been quite a week for Williams, who helped Team USA clinch a spot in the Tokyo Olympics on Saturday night. He went 8 for 18 with a homer during the tournament before relinquishing his spot on the Olympic team due to his big-league call-up.

The walk-off was the second of Williams' life, with the last one winning a travel ball tournament prior to his senior year of high school.

"I thought that was pretty cool," he said. "To do it in the big leagues is indescribable."

If you see anyone crying in the third row of the Citizens Bank Park press box mind your business pic.twitter.com/rZTaEd7NrC

Williams debuted as a pinch-hitter Tuesday and got his first hit with a bunt single. He started in center on Wednesday and had a solid double to left in the fourth inning - the Phillies' last hit prior to his homer.

William Contreras and Ozzie Albies each had three hits for the Braves, who were trying to go over .500 for the first time this season.

Tucker Davidson, making his third start in 2021 and fourth of his career, was in line to earn his first career win after giving up four hits with four strikeouts and a walk in six scoreless innings. The left-hander lowered his ERA to 1.52 while trying to secure the rotation spot vacated when Huascar Ynoa broke his hand.

The 25-year-old got plenty of help behind him, beginning in the first when Abraham Almonte dived to his right to rob McCutchen and save at least one run. Shortstop Dansby Swanson opened the game with a stellar play to steal a hit away from Jean Segura, diving hard to his right and just beating Segura at first with the throw.

Ronald Acuña Jr., a night after launching a 460-foot homer in the Braves' 9-5 victory over Philadelphia, did damage defensively this time with a terrific running grab of McCutchen's drive to right-center in the sixth.

It looked like that would be enough for the Braves. After Davidson exited, Tyler Matzek and Chris Martin combined to strike out three Phillies in two scoreless innings before Smith entered in the ninth.

Atlanta blew a chance to take an early lead, failing to score after loading the bases with no outs in the second. Contreras hit a weak grounder to third that resulted in a force out at the plate, Davidson struck out and Acuña grounded out.

Eflin allowed a run on eight hits with seven strikeouts and two walks in six innings. 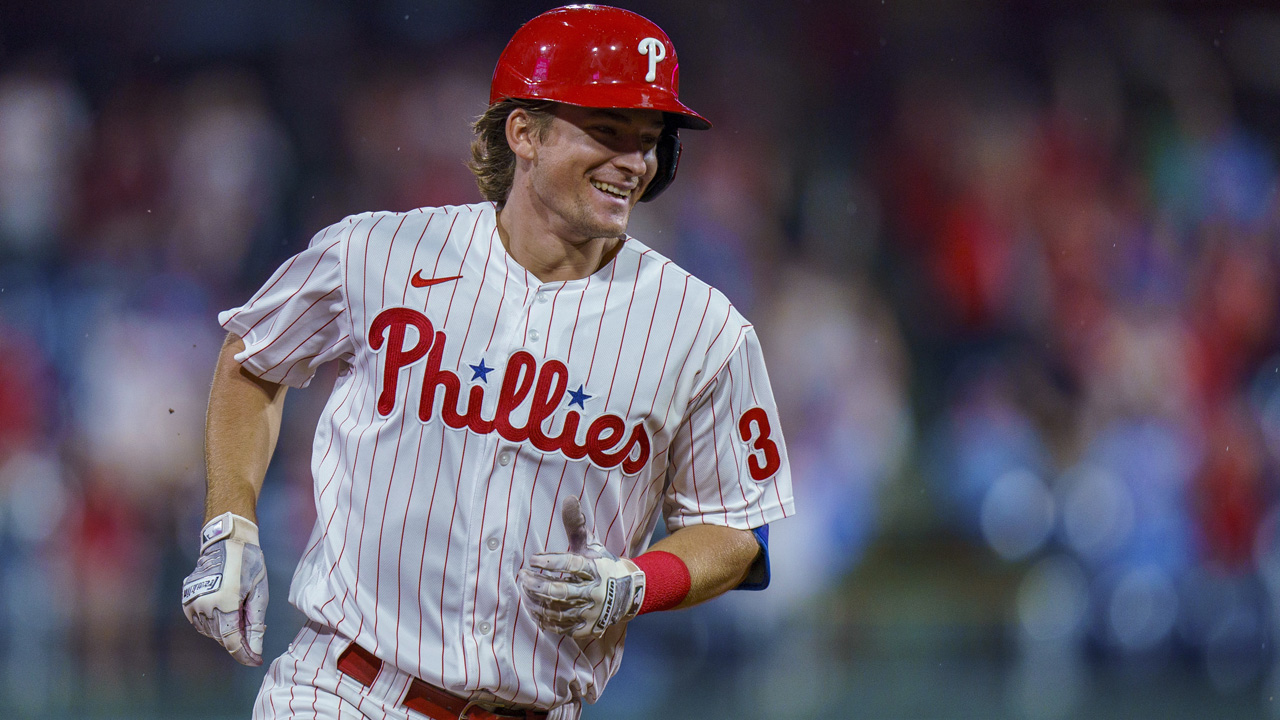 Williams' parents, Mark and Jeannine, and two of his three siblings were in attendance. His parents had flown from the Team USA tournament in Florida to their home state of California on Sunday before returning to the East Coast with an early-morning flight from Los Angeles on Tuesday. Also in Philadelphia were Williams' younger brother Ike, who flew in from Utah, and sister Samantha, who came from Iowa. Another brother, Jake, wasn't able to fly out of Mexico.

"It's pretty incredible to have them here and be able to witness it with me," Luke Williams said.

Hope it was as fun for you as it was for us, Phillies Twitter! ❤️

Phillies: SS Didi Gregorius (elbow) started at shortstop and led off in a rehab assignment for Lehigh Valley on Wednesday night. Gregorius has been out since May 12. He went 0-for-1 with a walk.