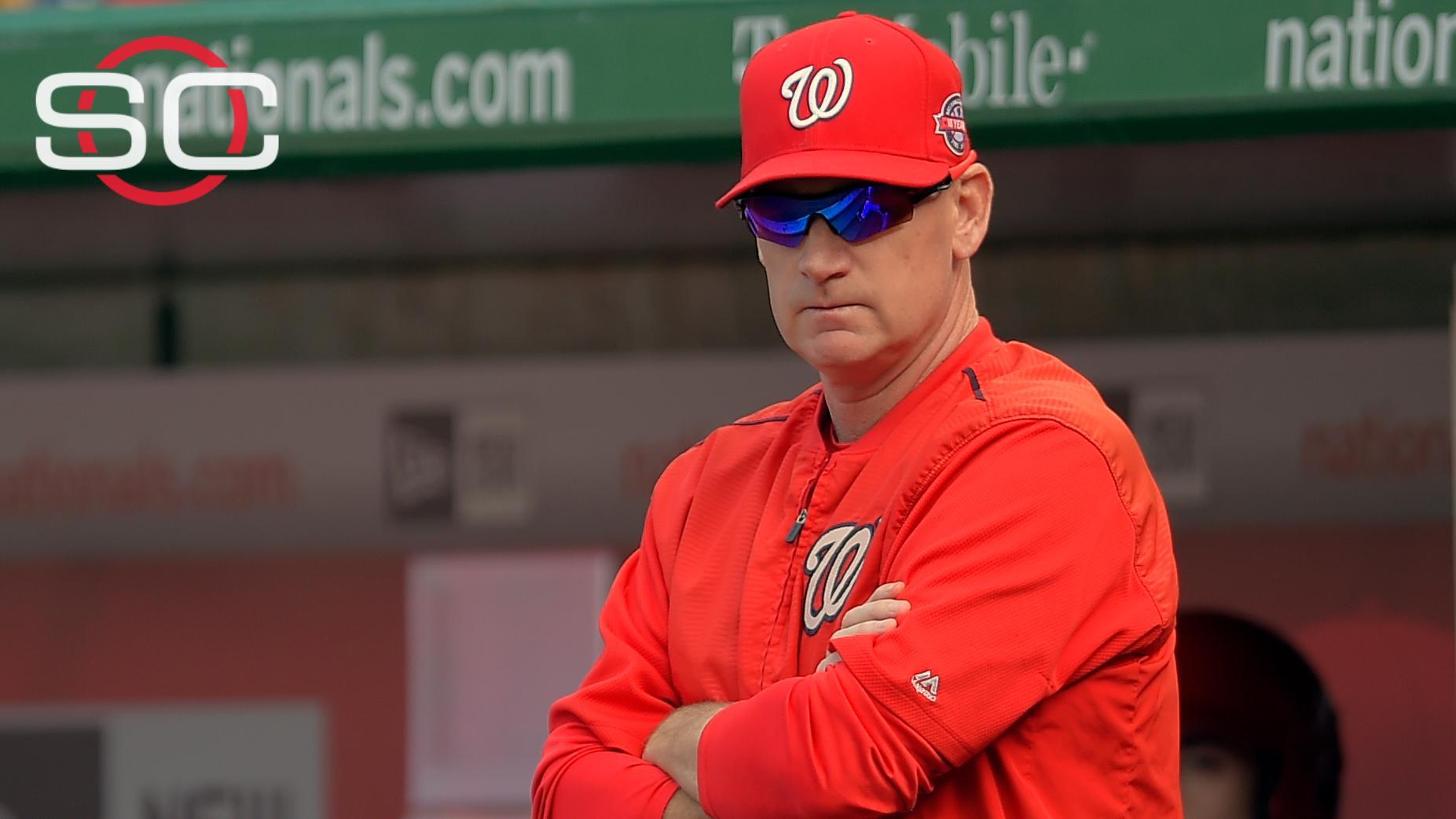 The Washington Nationalsfired manager Matt Williams and his coaching staff after a season in which the team went from World Series favorite to failing to make the playoffs, general manager Mike Rizzo announced Monday.

Williams, the 2014 National League Manager of the Year, guided the Nationals to a 83-79 mark and finished seven games back of the New York Mets in the NL East. The team won 13 fewer games this season than in 2014, which was the second-largest drop among National League teams (behind the Brewers, at 14).

According to ESPN Stats & Information, Williams is the first manager to be fired the season after winning the award, which was first presented in 1983.

"We had some things that went sideways and we had a whole bunch of injuries, and not much you can do about that except adjust and move on," Williams said Sunday after a season-ending 1-0 loss to the Mets. "We're all disappointed in the outcome. ... It all ends very abruptly."

Rizzo had said Sunday that the team was prepared to make a quick decision about Williams' future, saying it wasn't "going to let people twist in the wind."

"We're going to bring in a group of people with diverse backgrounds, diverse experiences and diverse skill sets. And I think that's something we did not do last time," Rizzo said Monday. "Last time we brought in managing candidates with little or no managerial experience."

Knorr, who was a candidate when Williams was hired, could be considered for that post again, Rizzo said.

Williams guided the Nationals to the East division title with an NL-best 96-66 record in 2014 -- his first season on the job. In February, the Nationals exercised the option on his contract for 2016. His deal also included a team option for 2017.

Washington was a World Series favorite in spring training -- the Westgate Las Vegas SuperBook had the Nationals at 5-1 to win it all -- but the 2015 season was filled with defeats and discord. There also was the embarrassing spectacle of a dugout dustup between NL MVP front-runner Bryce Harper and teammate Jonathan Papelbon during a game the day after the team was eliminated from playoff contention.

Williams said he had no idea of the extent of the skirmish until much later in the day. Even though he was in the dugout at the time, Williams said he hadn't been aware of exactly what happened -- including that Papelbon grabbed Harper by the throat. None of his players or coaches told him about it right away, and he said he hadn't asked to know more.

"Not one single incident was the tipping point of making a decision with Matt Williams," Rizzo said Monday. "Like I said during the season, [we were] going to take his whole body of work into consideration."

Before the season began, no one was shy about predicting big things for Washington -- not even the Nationals themselves, from Harper's "Where's my ring?" line in reference to the free-agent signing of pitcher Max Scherzer to Williams' clubhouse posting, "The road to the World Series begins today."

The team, however, fell apart in the second half.

Williams also had to deal with a long list of injuries, including to half of the everyday lineup for long stretches: Jayson Werth, Ryan Zimmerman, Anthony Rendon and Denard Span. The ideal lineup was available for only two games all season.

The departure of Williams and his staff begins an offseason of significant change for a team that won division titles in 2012 and 2014 but could not win a playoff series.

At least 20 percent of the roster is pretty much guaranteed to be gone. Two homegrown building blocks, right-hander Jordan Zimmermann and shortstop Ian Desmond, are expected to leave via free agency, along with leadoff hitter Span and right-hander Doug Fister. Drew Storen is expected to be traded after losing the closer's job to Papelbon, then faltering badly.

"It's got a chance to be drastically different next year," Werth said, "so that's tough." 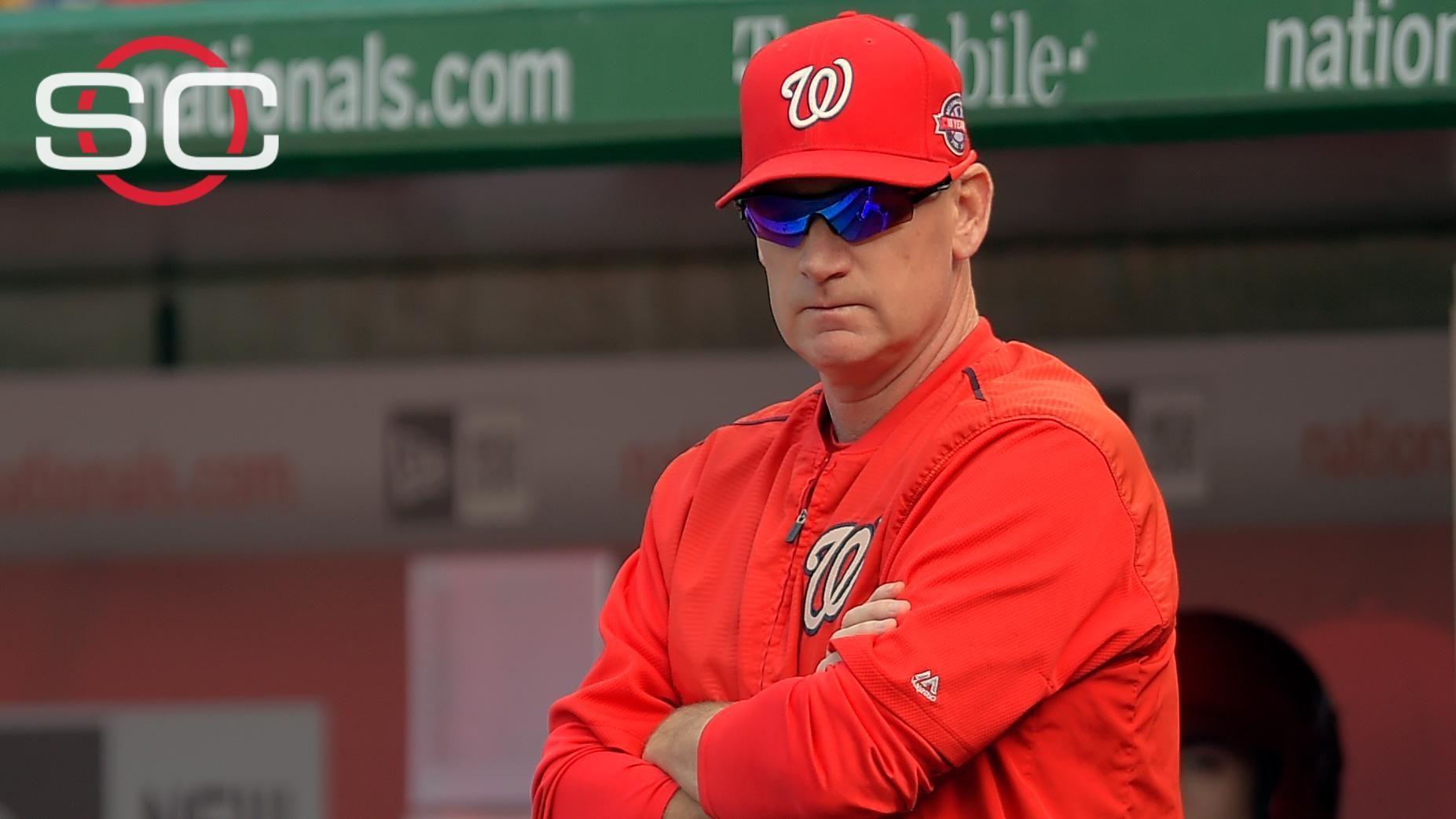