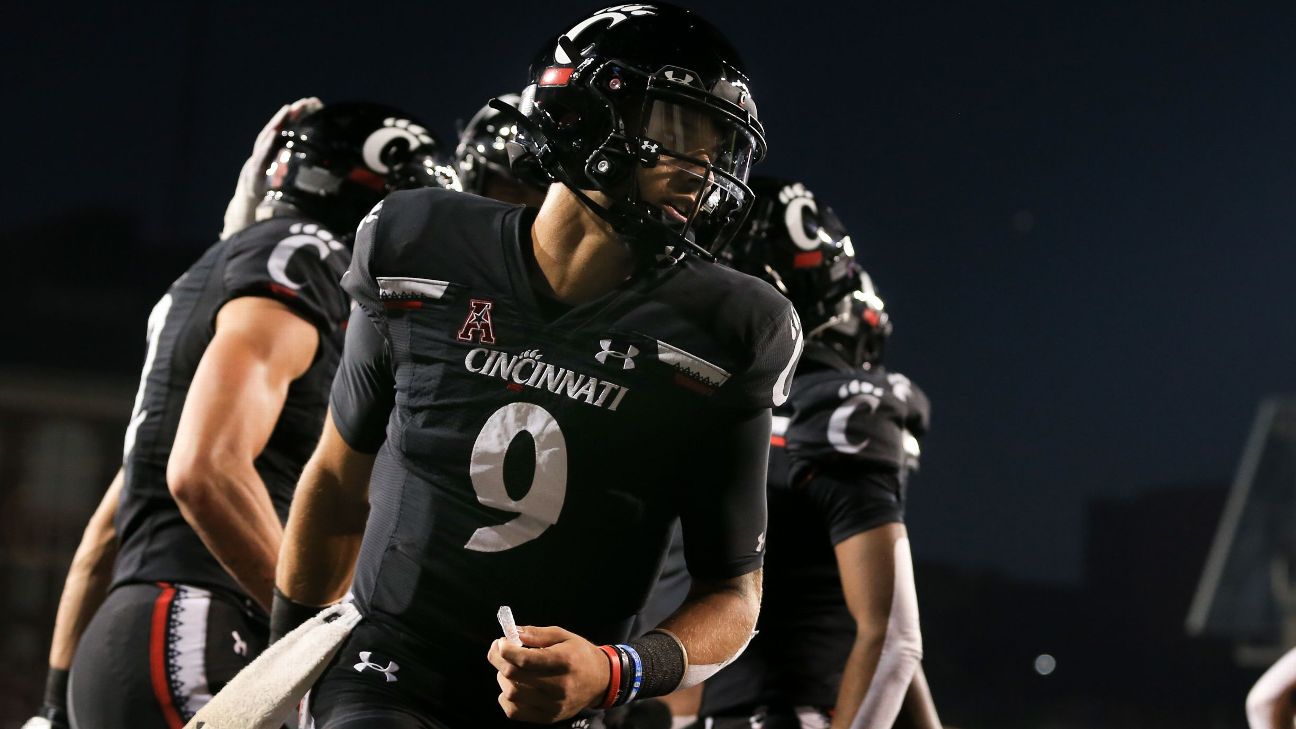 It might not be here yet, but an expanded playoff looms over college football.

We're checking in periodically with the Allstate Playoff Predictor's projections for the latest proposal for a 12-team playoff to find out what the playoff would look like in 2021 if we had that format.

A refresher on that CFP proposal: a 12-team playoff, with a guaranteed bid for the six highest-ranked conference champions plus six at-large bids, with the four-highest ranking conference champions receiving a bye. To make these projections, we're working under the assumption that the committee would rank teams using the same criteria it does today.

Let's break down some storylines.

Four of the five teams that would see the biggest increase in their chance to reach the playoff are from the Big Ten: Iowa, Michigan State, Michigan and Ohio State would all see bumps of 43 percentage points or more in terms of playoff chances.

While the current format means that the Big Ten's strength will end up cannibalizing itself to some degree, the larger field allows for that strength to be rewarded. All four of those teams individually would have a better than 50/50 shot at the playoff. And get this: there would be a 93% chance that the Big Ten would put three teams in the playoff in this format.


Ultimately the chance for the Big Ten to produce the national champion would only increase by a few percentage points -- from 19% to 22% -- because none of the super elite teams in college football are in the conference. But it would still help their chances because they'd effectively get more bites at the apple.

As we stand today in the real world, Georgia is the clear favorite to win the national championship with a 46% shot. But in 12-team world? The Bulldogs would be down 10 points, to 36%.

At first I assumed this had everything to with Alabama. It's the next-best team in college football, even after its loss to Texas A&M, FPI believes. But actually the Crimson Tide would have an 18% chance to win the national championship either way. The Crimson Tide have just a 54% chance to reach the playoff in the real world, they'd be a near-lock (96%) in a 12-team world. But the former sends Alabama right to the national semifinals, while they'd have to win four games most of the time in the 12-team format.

So who is taking Georgia's national championship chances? A bunch of teams, but most notably: Ohio State. The Buckeyes are currently the third-best in team in the country, per FPI, and there's almost a five-point drop before we get to Oklahoma at No. 4. But Ohio State has only a 38% chance to reach the playoff in the four-team format, and that means there's a good chance the Buckeyes can't pose a threat to Georgia. That number jumps to 81% in a 12-team format.

In addition: the 12-team format keeps a small hope alive for a slew of other teams, and that eats into Georgia's current edge. Teams like Texas and Clemson would have a 2% chance at a national title while they're under 1% now. Teams like Coastal Carolina and Oregon would have a 1% chance compared to almost zero now. Those add up.

Could the Group of 5 put two teams into 12-team playoff?

This year there's two pretty-clear cut Group of 5 candidates in a 12-team playoff: Cincinnati and Coastal Carolina. Neither have lost yet, and Cincinnati is the 10th-best team in the country, per FPI, so it might even have wiggle room to lose a game and still get in (Coastal Carolina is down at No. 24 and presumably has less of that leeway). The Bearcats and Chanticleers would have an 84% and 45% chance to get in, respectively. They also aren't the only teams in the Group of 5 with a playoff shot, though there's a big dropoff before we get to any others.

SMU (6-0) would have a 1-in-10 chance at the playoff as well, though the Mustangs are unlikely to win out with the toughest remaining schedule in the Group of 5 -- including a road game at Cincinnati.

Houston, Louisiana, UTSA, Appalachian State and San Diego State would all have at least a 3% shot to get in, too. 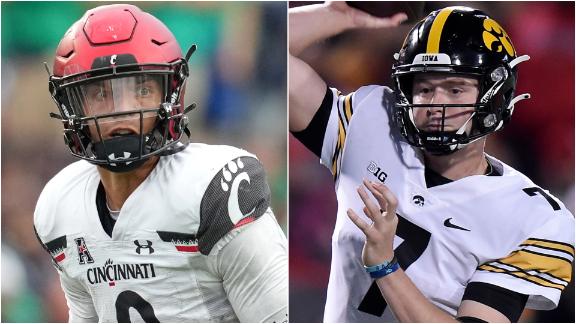