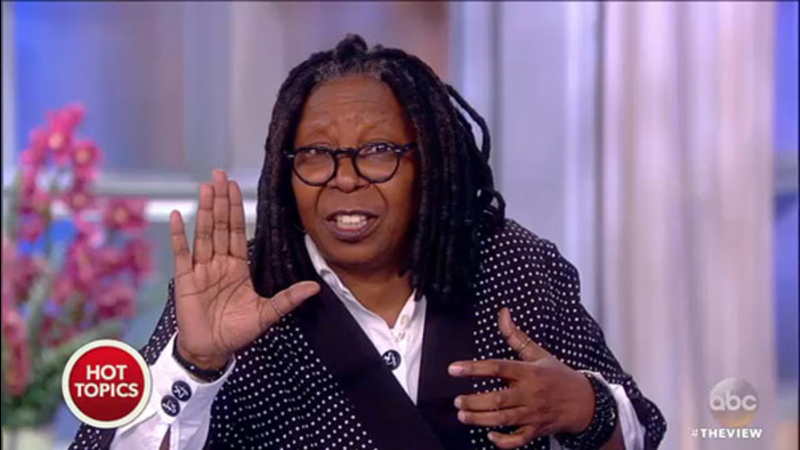 Whoopie to Brady: The Eagles beat you

PHILADELPHIA (WPVI) -- Whoopi Goldberg has a message for Tom Brady and the New England Patriots: They beat you.

On Wednesday's episode of 'The View,' Goldberg commented on the USA Today report that Brady's wife Gisele Bundchen consoled their daughter after the Super Bowl loss by saying, "Daddy won five times. They never won before. Their whole life, they never won a Super Bowl. You have to let someone else win sometimes.''

"I'm sorry. Didn't the Eagles bust their behinds and earned that?" Goldberg said. "It's not like Tom Brady said, 'Shhh. Let's let them win.' Na-ah. They beat you. And that happens. So little Tom Brady girl sometimes people lose because that's what helps to make you better."

Cohost Joy Behar replied, "I don't think she meant 'let them win' like that."

In fact, USA Today called the mother's words to her children a teaching moment.

Two of their three kids were seen crying after the Super Bowl, according to USA Today reporter Josh Peter.

Though, Gisele posted video of their daughter dancing earlier Sunday, after the final score, the 5-year-old was inconsolable.

"Gisele consoled her and said. 'You know what? The Eagles haven't won in a million years,'" Peter told ABC News.

She reportedly comforted her children with stats, her husband's multiple championships compared to the Eagles' first-ever Super Bowl title.

"She said this was their first Super Bowl and Daddy has won five Super Bowls, so maybe she thought that would take some of the sting out of it for the kids," Peter said.

Gisele modeled good sportsmanship by posting her congrats to the Birds on Instagram.

"Congratulations Eagles for winning the Super bowl, what a game that was! Congratulations Patriots for giving your best and to my love, we are incredibly proud of you because we are able to see every day all the commitment, sacrifice and hard work that you have devoted to become the best in what you do. We love you!" she wrote.

Back on 'The View,' cohost Sunny Hostin agreed that losing could be a teaching moment for children.

"I know there's been this movement that everybody's a winner. But everybody isn't a winner. There are winners and there are losers. You can gain so much perspective from the losses," Hostin said.

Earlier in the week, 'don't be afraid to fail' was the message Eagles quarterback Nick Foles had for those looking for meaning in his NFL journey.

"The big thing is don't be afraid to fail," Foles said sleepless hours after he guided the drive of a lifetime for the winning points in a 41-33 victory over league MVP Brady and the New England Patriots. "In our society, with (social media) it's a highlight reel. I think when you have a rough day, you're feeling you can't - failure is a part of your life. I wouldn't be up here if I hadn't failed a million times.

"You share that. I'm human, not superman. When you struggle in your life, it's an opportunity to grow. If there's something going on in your life, embrace it."

Meanwhile, Goldberg told the other cohosts, whatever way Giselle wanted her words to sound, 'The View' moderator was just talking about was being reported.

"I'm saying that this idea that other people don't work as hard your dad to achieve the same thing is not a good conversation to have with children. You have to tell children, yes, sometimes you win and sometimes you lose. And kids, let me put this out to you, because as one who has lost often at stuff, there's no shame in losing," Goldberg said.