Wilson vows to redeem himself 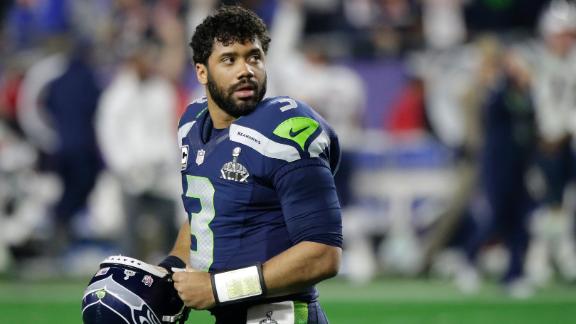 PHOENIX -- Seattle Seahawks quarterback Russell Wilson tweeted Monday morning that he will not be deterred by the late-game interception that enabled the New England Patriots to escape with a 28-24 victory in Super Bowl XLIX.

He also tweeted earlier Monday that he was already plotting his redemption.

The Seahawks had a second-and-goal at the New England 1 with 26 seconds to play when Wilson threw a slant-route pass intended for Ricardo Lockette that was intercepted by Malcolm Butler.

Wilson ran the play that was called by the Seattle coaches, a play call that has been heavily criticized.

"There was not a thought about running it, and then I changed the play,'' Carroll said Monday. "That did not happen."