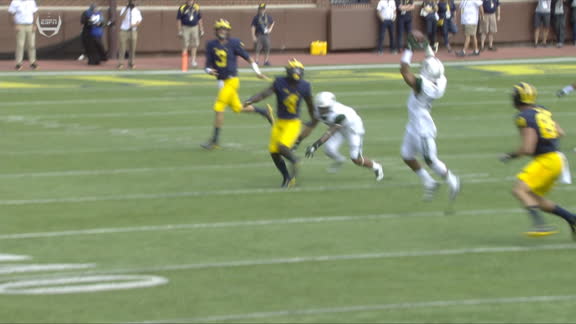 ANN ARBOR, Mich. -- No. 7 Michigan started Wilton Speight at quarterback in the Wolverines' season opener Saturday, and his first throw went to Hawaii defensive back Damien Packerfor an interception.

Not much else went wrong for Speight or the Wolverines the rest of the first half. The junior quarterback threw for 123 yards with three touchdowns as Michigan rolled up a 35-0 halftime lead.

Speight said he had a good feeling about the way the competition was shaping up a week before the game, but he didn't know for sure what direction coach Jim Harbaugh would go this weekend. Harbaugh said he and his team knew who the starting quarterback would be by the start of this week of practice, but the decision was "not for public consumption" prior to Saturday's first snap.

"You just kind of read body language and how practice is going and stuff like that," Speight said Aug. 26. "I think guys will have a certain mindset going into the game. You just kind of feel it out."

Speight played in six games as a backup last season, most notably leading a game-winning touchdown drive in the fourth quarter of a victory over Minnesota. He beat out senior Shane Morris and redshirt junior John O'Korn, who transferred from Houston two years ago, for the starting job.

Speight took the first reps with the first-team offense while warming up for Saturday's game.

Harbaugh also opted to keep his starting quarterback private for last season's opener, ultimately deciding to go with fifth-year senior Jake Rudock. He went on to throw for 3,017 yards and 20 touchdowns as Michigan won 10 games in Harbaugh's first season as coach of his alma mater. 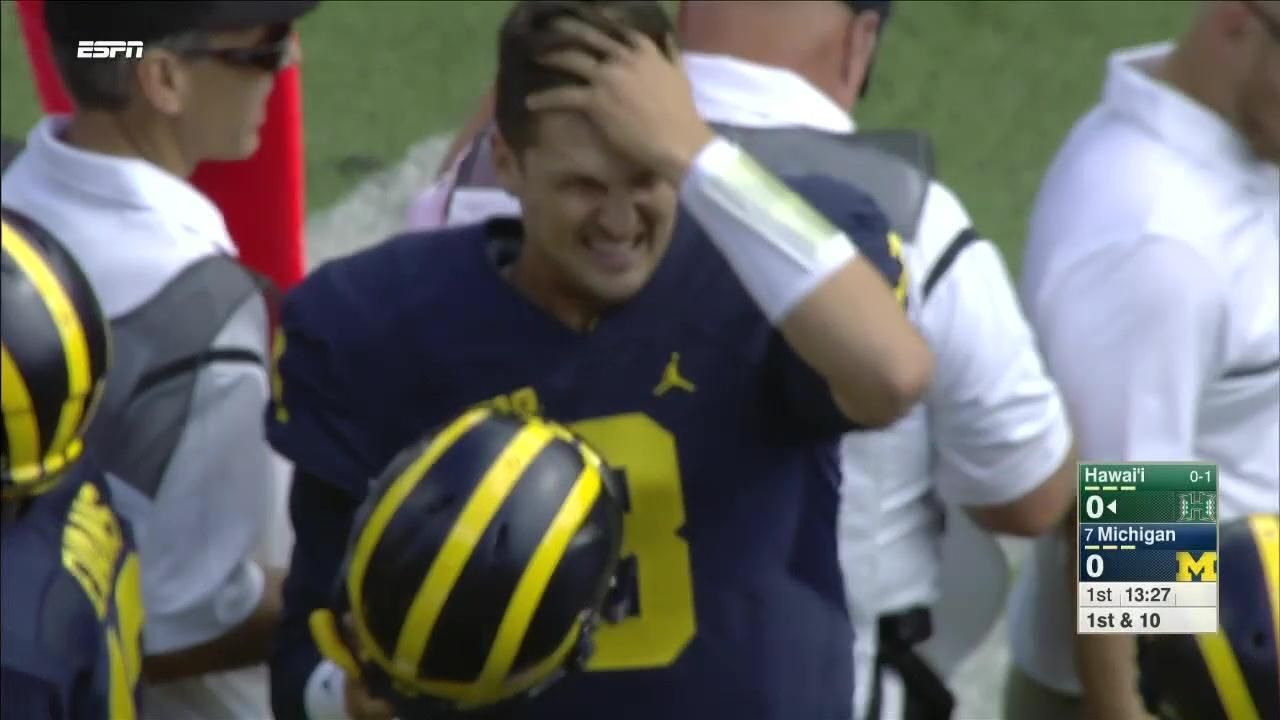