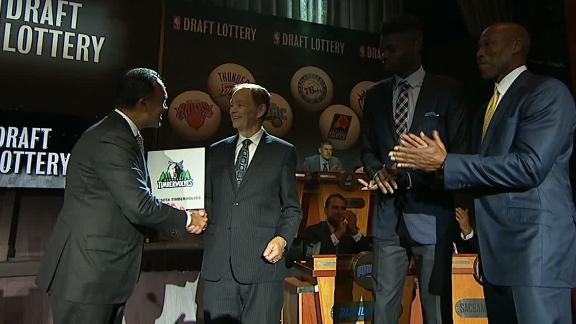 But they won big Tuesday night.

The Wolves landed the first pick of the 2015 NBA draft in the league's annual lottery. Minnesota had an NBA-high 25 percent chance of landing the top pick based on its last-place finish in the leaguewide standings.

The Los Angeles Lakers landed the second pick, with the Philadelphia 76ersdrawing the third choice, the New York Knicksthe fourth and the Orlando Magicthe fifth.

The NBA draft will be held at the Barclays Center, home of theBrooklyn Nets, on June 25.

Minnesota president and coach Flip Saunders said Tuesday's lottery was a "very emotional" day for the franchise and its fans. He said that the team will consider all of its options with the pick.

"Having the No. 1 pick gives us the opportunity to really evaluate everybody and really see what direction we want to go," Saunders said. "At this point, we're open. We'll pick the best player for us on June 25."

Added Timberwolves owner Glen Taylor: "I'm just really happy for the Minnesota fans because they've been so loyal and they've been so patient with us and this has been such a difficult year."

It is the first time Minnesota has ever had the No. 1 pick, though the team has Andrew Wiggins on its roster, who was the top pick in last year's draft. The Wolves acquired Wiggins along with 2013 No. 1 overall pick Anthony Bennett before the start of the season as part of a trade with the Cleveland Cavaliers.

If the Wolves keep the pick and do not trade the player, they would be the first team in league history to have three straight No. 1 picks on their roster, according to the Elias Sports Bureau.

Taylor said trading the pick is "highly unlikely" but "part of the discussion."

This marked the first time since 2004 the team with the best shot to win the lottery came away with the top selection. The Magic selected Dwight Howard with that pick in 2004.

The Lakers are picking in the lottery for just the fourth time ever, but the second time in two seasons. Last year they selected Julius Randle with the No. 7 overall pick. Randle suffered a broken leg in the first game of the regular season and did not return to the court.

Coach Byron Scott, who represented the team at the lottery, said earning the No. 2 pick was "a little bit of a reward" after a difficult season.

"Obviously this is a step in the right direction for our franchise and the process of being back where we should be in the next year or so," Scott said. "I can't say it's a way to announce that we're back. I think we're on the right track."

Philadelphia had the biggest chance to make a splash Tuesday night as they had the potential to walk away with the Nos. 1, 6 and 11 picks based on protected picks acquired in earlier trades involving the Lakers and Heat. Instead of that best-case scenario, the Sixers got the No. 3 pick they were in line for in having the league's third-worst record at 18-64.

The Knicks were the big loser among the top four teams, as they possessed the second-highest chance of getting the top pick at 19.9 percent, but they slid to the No. 4 spot.

New York has had bad luck overall when it comes to drafting out of the lottery. The Knicks have not had a lottery pick who turned into an All-Star since Patrick Ewing, who was taken with the top pick in the 1985 draft.

Knicks general manager Steve Mills said he was "disappointed" about falling to fourth but that it wasn't a setback "at all." He added the Knicks would consider all of their options, including trading the pick for a veteran or multiple first-round picks. 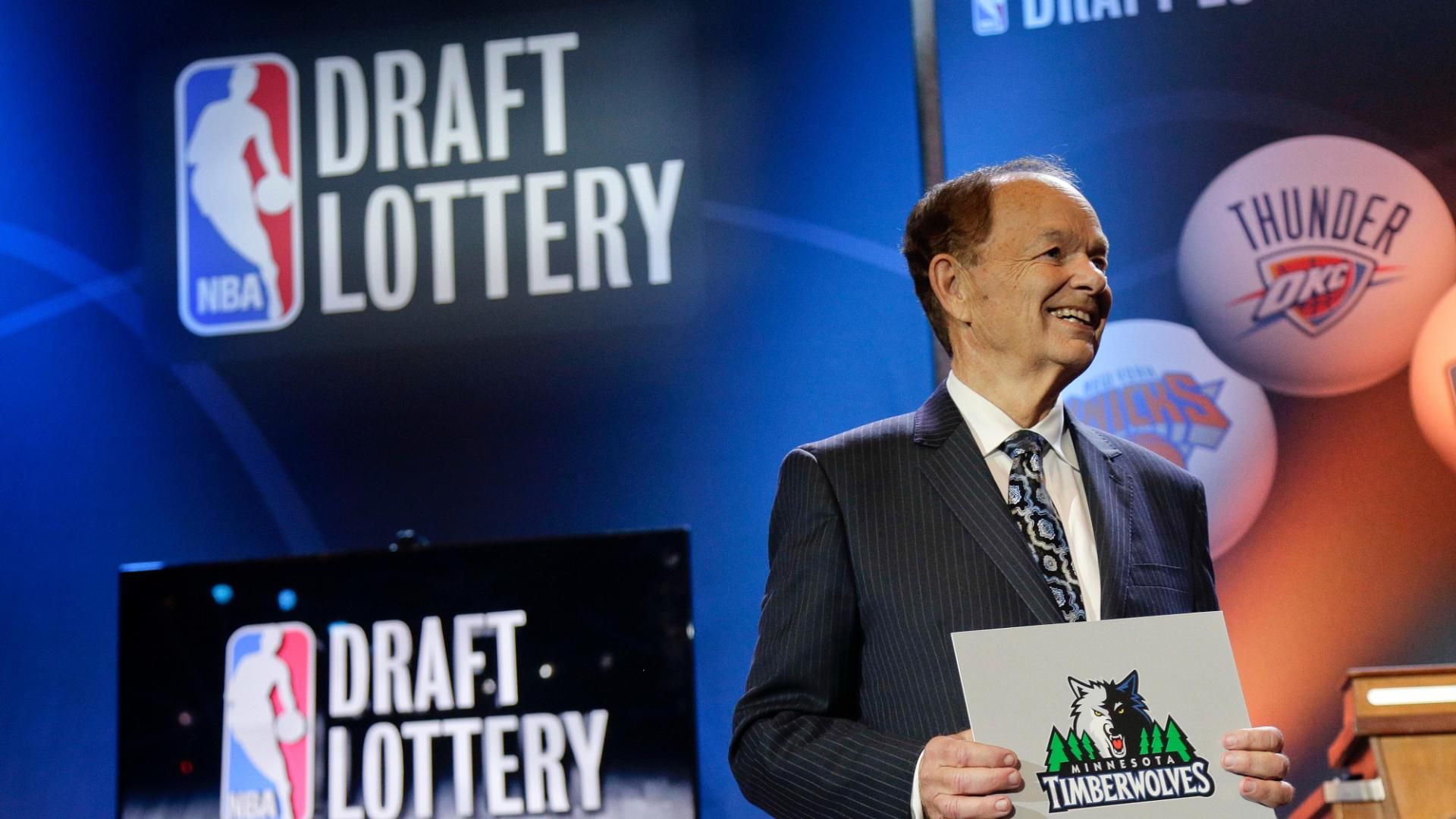 Wolves win 2015 NBA Draft Lottery
The Minnesota Timberwolves land the No. 1 pick in the NBA draft for the first time in team history.