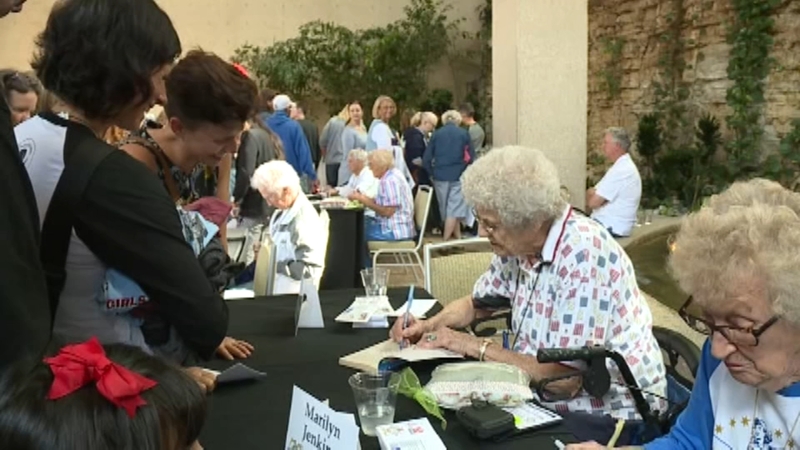 The women who inspired the movie "A League of Their Own" are still drawing a crowd 75 years after their first game.

Players with the All American Girls Professional Baseball League greeted fans in Kansas City, Missouri over the weekend.

More than 600 women filled in the national pastime gap, when men in the major leagues went to fight in World War II.

"We played 115 games a season, and we played every day with doubleheaders on Sundays and holidays. No days off," said Betsy Jochum.

The most successful team, the Rockford Peaches, won a league-best four championships.