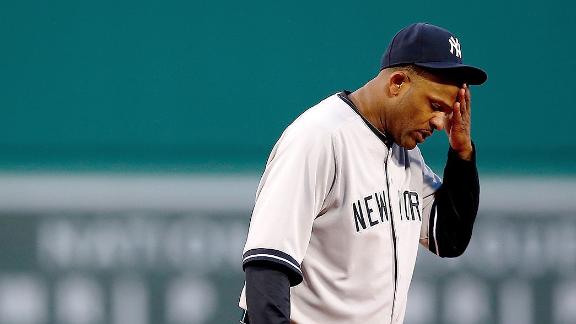 Sabathia will have arthroscopic debridement surgery next week, and the team hopes it will allow him to return to the mound by next spring training.

For now, Sabathia, who turns 34 on Monday, will avoid microfracture surgery on the knee, which could be career-ending. But if the initial surgery does not work, then a microfracture procedure could be in play.

"It doesn't mean that is off the table," Cashman said.

"He tried the rehab side of it, and obviously that didn't work," Cashman said. "If he had three different options, that was the least. Now, we are on the middle side of this thing, the cleanup of the knee, and hopefully that is good enough."

The Yankees have lost four-fifths of their Opening Day rotation. Ivan Nova is out for the year after Tommy John surgery. The Yankees are hopeful that Masahiro Tanaka, who has a slight tear in the UCL ligament of his right elbow, and Michael Pineda can return in August.

Tanaka, speaking to reporters for the first time since the injury, said he is hopeful to pitch again this season, but he does not yet know if that will happen. The Yankees estimated that Tanaka will be out another five weeks, if everything goes well. If it doesn't, Tanaka will need Tommy John surgery.

"At this point, I'm just going with what the doctors are telling me," Tanaka said. "Their decision was not to go with surgery so that's pretty much it."

Cashman reiterated that adding starting pitching is his biggest goal as the non-waiver trade deadline approaches at the end of the month.