MARPLE TWP., Pa. (WPVI) -- Nine-year-old Shaun Kemble was on second base. His teammate Brennan Gallagher was on first. Jack Bramhall was on third. Aidan Matthews was up to bat.

It was a tie game and bases were loaded.

Shaun, of Broomall, Delaware County, kept his eyes on the play. Because this game was important. 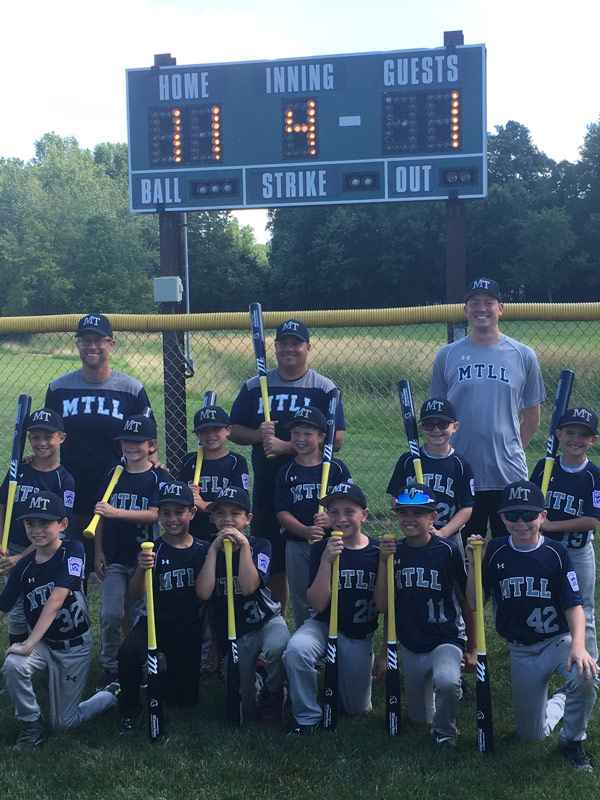 It was Marple Township Little League 9U Team's opportunity to move on in the tournament (9U meaning for kids 9 years old and under).

They just had to get past Brookline.

So why not do it with some style?

First, Aidan singled to center, driving in Jack for a run.

That's when Shaun rounded the bases and made his way to home. But waiting for him was Brookline's young catcher who was protecting home plate like an MLB professional.

There was no way Shaun could make it home.

Well, that's probably what most were thinking, but not Shaun.

"I knew I was going to be out if I slid...so I just decided to jump over him!" Shaun told his parents after the game.

Yes, young Shaun Kemble jumped over the catcher! He scored in what would end up being a victorious outing for Marple Township.

"I have always watched Top 10 and wondered if I could be on there someday. It was awesome to see myself and the team on TV!" Shaun said.

The Marple Township Little League 9U Team went on to win the tournament in North Wales.

Now there's another reason for Shaun to jump for joy!