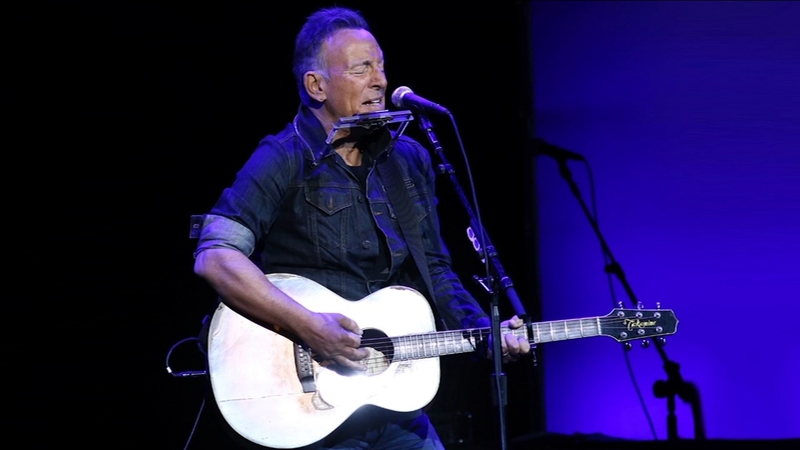 Bruce Springsteen arrested for DWI in NJ in November

He received three citations for DWI, reckless driving, and consuming alcohol in a closed area.

"Springsteen was cooperative throughout the process," a spokeswoman for Gateway National Recreation Area said.

Gateway National Recreation Area is federal land, governed by the US Park Service, and the summons was issued by National Park Service Rangers. Previous reporting that US Park Police made the arrest were incorrect.

The park is on a narrow, beach-ringed peninsula, with views across a bay to New York City. It is about 15 miles north of Asbury Park, New Jersey.

Springsteen would have to appear before a magistrate in federal court in Newark at some point, though it's possible the case will be settled out of court.

Springsteen did not drink until he was 22, influenced by his father, who struggled with alcoholism, he wrote in his 2016 autobiography "Born to Run."

"My experience with my father had been enough," he wrote.

The news of the arrest came on the heels of two high-profile appearances by Springsteen. On Jan. 20, Springsteen performed as part of President Joe Biden's inauguration, singing "Land of Hope and Dreams" in front of the Lincoln Memorial. While during Sunday's Super Bowl, he appeared in a Jeep ad filmed in Kansas that urged people to find common ground.

Jeep released a statement saying it "would be inappropriate for us to comment on the details of a matter we have only read about and we cannot substantiate." But the company said, "it's also right that we pause our Big Game commercial until the actual facts can be established."

The arrest was first reported by TMZ.com.