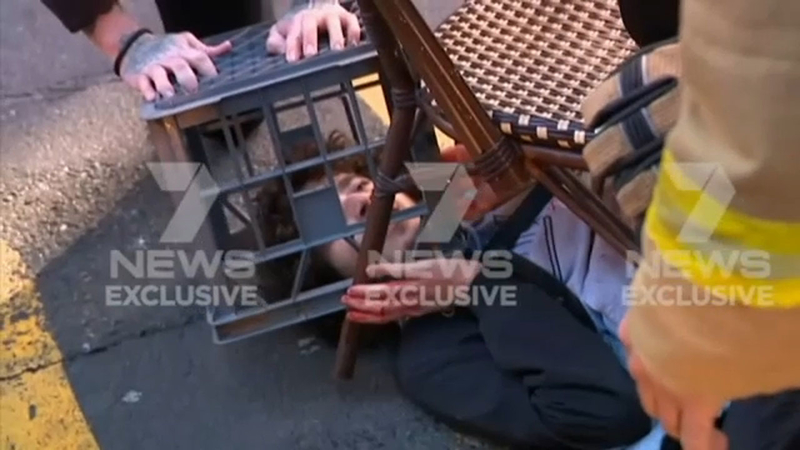 SYDNEY, Australia -- A man with a butcher's knife is accused of killing a woman and injuring another in a stabbing rampage in Sydney, Australia.

Witnesses at the scene Tuesday said the man was yelling as he ran into the street, holding a bloody knife and wearing a blood-stained shirt.

Video shows people chasing the 21-year-old suspect down the street as he tried to get away. At one point, he even jumped onto the hood of a car.

Good Samaritans ended up pinning him to the ground with a plastic milk crate and two chairs.

Police said that man is suspected of stabbing a 41-year-old woman in the back. She was taken to the hospital in stable condition.

The body of a 21-year-old woman was later discovered in a nearby apartment.

Police say the suspect has a history of mental illness. Investigators said he collected information on his computer about mass killings in North America and New Zealand, but they have not labeled the rampage an act of terrorism.