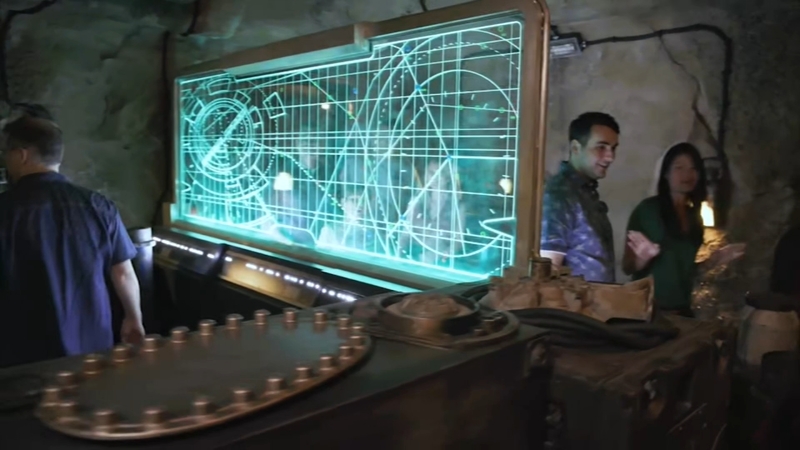 Guest arriving, instantly transported to a new planet in a galaxy far, far away.

On Thursday evening the ride was officially dedicated.

"Tonight we're welcoming the world to experience the Star Wars universe like never before," said the chairman of Disney Parks, Experiences and Products, Bob Chapek.

"Simply put, Star Wars: Rise of the Resistance sets a new standard for what a theme experience can be just like Galaxy's Edge itself," he added at the ceremony complete with a live performance and fireworks.

On Batuu, fans of all ages are given the opportunity to live out their own Star Wars experience.

6abc spoke with Lucasfilm Vice President and Executive Creative Director Doug Chiang about what it took to bring this immersive land to life.

"For me when I see the smiles of their faces, when they walk through the land, when they see the Millennium Falcon it just makes me really happy because it knows that we're doing our job right," said Chiang.

Soon guests and fans from all over will be able to find themselves right in the plot of their own Star Wars adventure with the opening of Star Wars: Rise of the Resistance.

"As a Star Wars fan I wanted to create a world that was authentic that I could have a lot of fun with, and hopefully the fans will feel the same way when they get to experience this," Chiang added.

FIRST LOOK: Rise of the Resistance lets guests live out own Star Wars adventure. George Solis gives us a first-hand look at the ride.

6abc was given a first-hand look at the ambitious, multi-faceted attraction that drops you right into the action.

The ride begins from the moment you enter the base of the Resistance.

After a quick introduction from characters from the last two Star Wars films, you're off on the roughly 18-minute long experience.

The trackless ride takes you through a remarkably realistic trek through a Star Destroyer as you escape the evil First Order.

With so much coming at you, it is impossible to see it all in one pass.

Certainly, no reason to "have a bad feeling about this."

The ride opens to the public on Thursday.