Mark Hamill receives his star on the Hollywood Walk of Fame 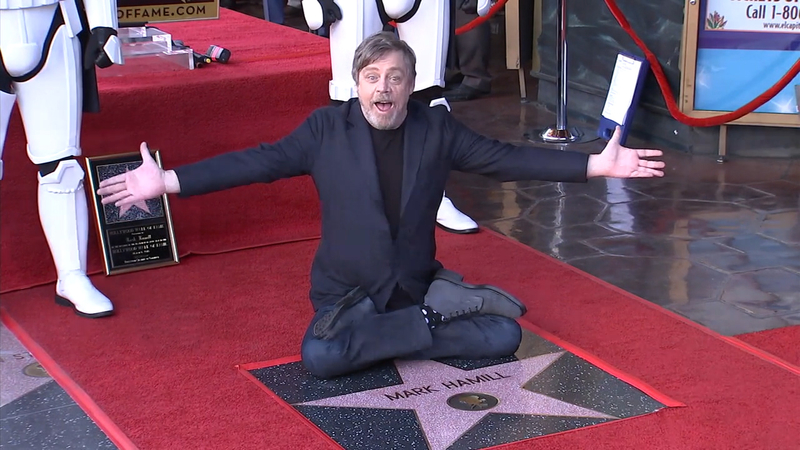 Mark Hamill receives his star on the Hollywood Walk of Fame

LOS ANGELES -- Mark Hamill became a household name for his role in the intergalactic movie series "Star Wars." On Thursday, the beloved actor, known for playing Luke Skywalker, received his star on the Hollywood Walk of Fame.

During the ceremony, Hamill spoke about living out his childhood dreams as an actor and the honor that comes with receiving a star. He thanked his family, "Star Wars" creator George Lucas and especially the fans for helping him achieve his dream. The day was dubbed "Jedi Day" in honor of Hamill's achievement.

"From Jedi to Joker and back again, it's been a fantastic ride, thank you so much," Hamill said during the ceremony. "And may the force be with each and every one of you."

Hamill got his start in television on the show "Headmaster" and went on to star in several television series, films, and Broadway shows.