'Star Wars: The Rise of Skywalker' premieres in Hollywood 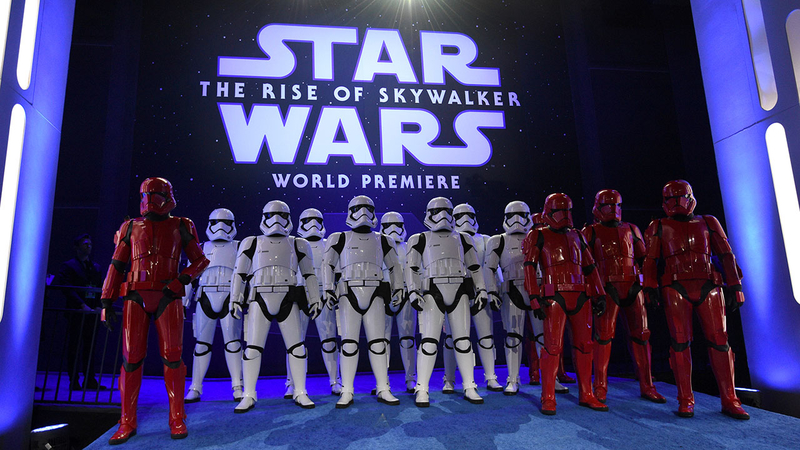 'The Rise of Skywalker' premieres in Hollywood

HOLLYWOOD, LOS ANGELES -- "Star Wars: The Rise of Skywalker" is the big conclusion of a space saga that began in 1977 and the stars of the film were in Hollywood for the world premiere on Monday.

The ninth film in this triple trilogy brings it all to a close.

It's a finale 42 years in the making.

"It was done with love for the series, and it was done with a kind of attention to detail and passion from the crew and a cast that I've never seen before," director, producer and co-writer J.J. Abrams said.

"First of all, there are moments that will cause you to cry," he said. "But I think when the lights go up and the curtain closes and you realize you've just seen the end, it's hard not to. Regardless of what happened on the screen, there's closure."

For co-star Naomi Ackie, who plays a new character named "Jannah" in "The Rise of Skywalker," she's enjoying it all.

"It's just a really beautifully made film and, yeah, there's so much in there, so much action, so much heart," she said.

That includes the late Carrie Fisher, who appears one last time as Leia.

"Now that she's up there kind of looking down, I hope she's really digging this as much, because we're going to like it, you'd know she'd get a good laugh out of it for sure!" her brother, Todd Fisher, said at the premiere.

Joonas Suotamo, who once again plays Chewbacca, was excited to see the movie for a second time.

"This film really is a roller coaster of emotions," he said. "So, we're in for a lot of emotions, which is just what we're looking for, I think."

And that includes those dark side moments.

They're coming! Ian McDiarmid returns as the villainous Emperor Palpatine.

"If you think he was evil before, this really, really tops it," he said about the character.

"I have a great plot-busting moment that I fear the Disney kneecap police will come and get me if I tell you what it is. But there is something I get to do in this movie that I really loved," he said.

"Star Wars: The Rise of Skywalker" hits our galaxy this weekend.