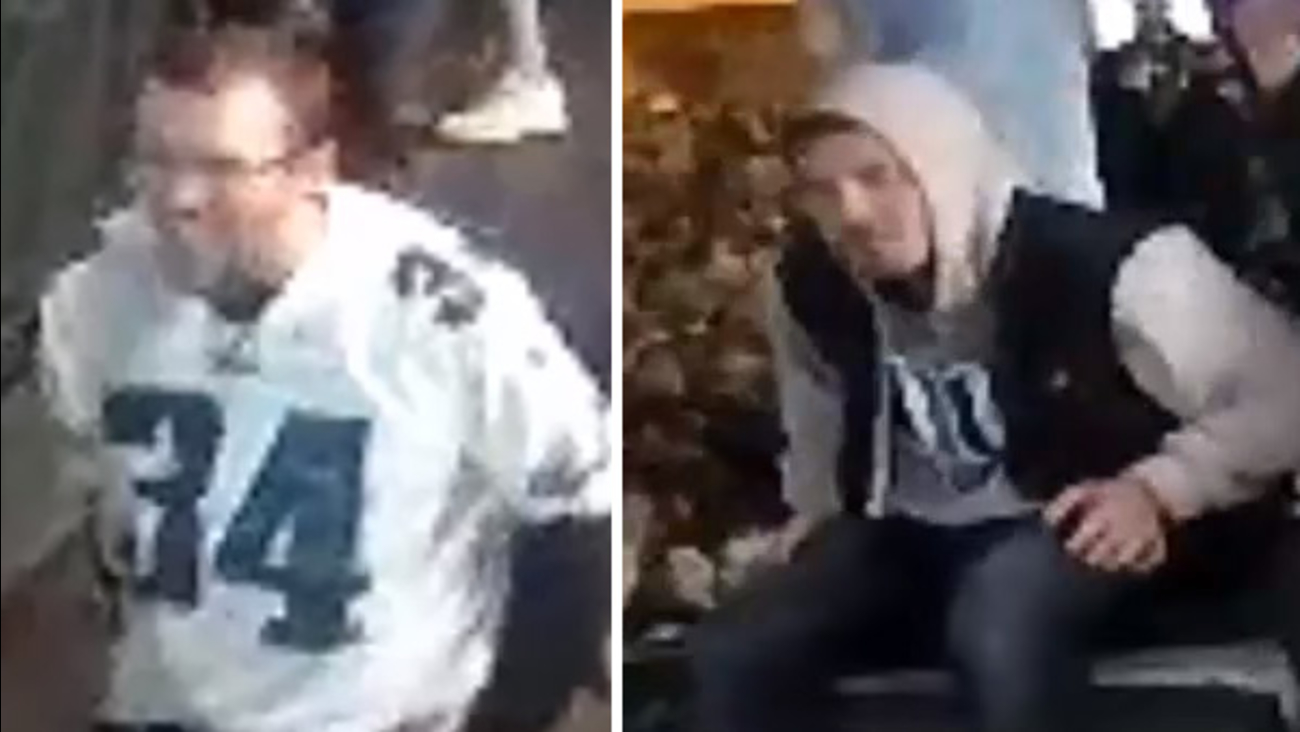 It happened during the Eagles Super Bowl celebration around 12:30 a.m. at the store located at 100 South Broad Street in Center City.

Police say the two male suspects used a metal pole to break one of the windows.

Suspect #1 is described as a white male, late 20 years-of-age, medium build, wearing glasses, #34 Eagles jersey with 'Turner" on the back, dark colored sweatpants, tan boots, and has a distinctive tattoo on the rear of his upper right arm.

Suspect #2 is described as a white male, mid 20 years-of-age, medium build wearing a black vest over a gray sweatshirt with blue and white letters blue jeans and dark shoes.

If you have any information about this crime or the suspects, please contact Central Detective Division at 215-686-3093/3094.