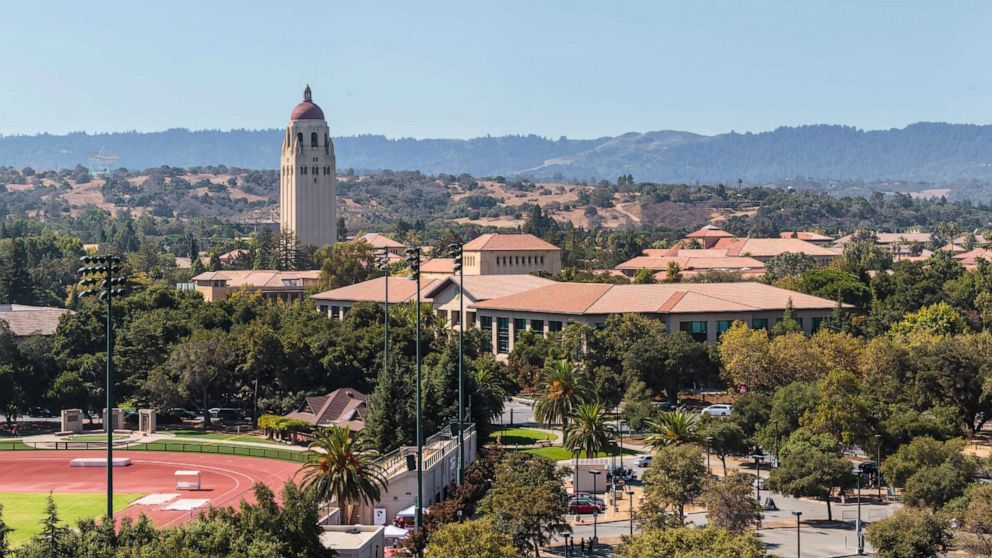 ABCNews
By BILL HUTCHINSON
An investigation is underway at Stanford University in Northern California to determine how a sophomore died inside an on-campus fraternity house, authorities said.

A preliminary investigation into the male student's death found no signs of foul play, the Santa Clara County Sheriff's Office said in a statement.

The student's name was not immediately released, pending notification of his relatives.

Sheriff's office officials said the cause of death is pending an autopsy by the Santa Clara County Medical Examiner.

The sophomore was found unresponsive about 10:21 a.m. on Friday inside the Theta Delta Chi fraternity house on the Palo Alto campus, according to The Stanford Daily, the school's newspaper.

Firefighters from the Palo Alto Fire Department attempted to revive the student, who was pronounced dead at the scene, according to the sheriff's department.

Susie Brubaker-Cole, Stanford's vice provost for student affairs broke the news of the death to the Stanford student body in a statement, saying she was "filled with sorrow to be writing to you with very sad and difficult news."

"We have been in touch with the student's family ... ," Brubaker-Cole wrote. "While we are working to understand the family's wishes, we are not in a position to share the student's name. This is very difficult news for any family to bear. Our university community grieves with them."