A Parade of a Lifetime 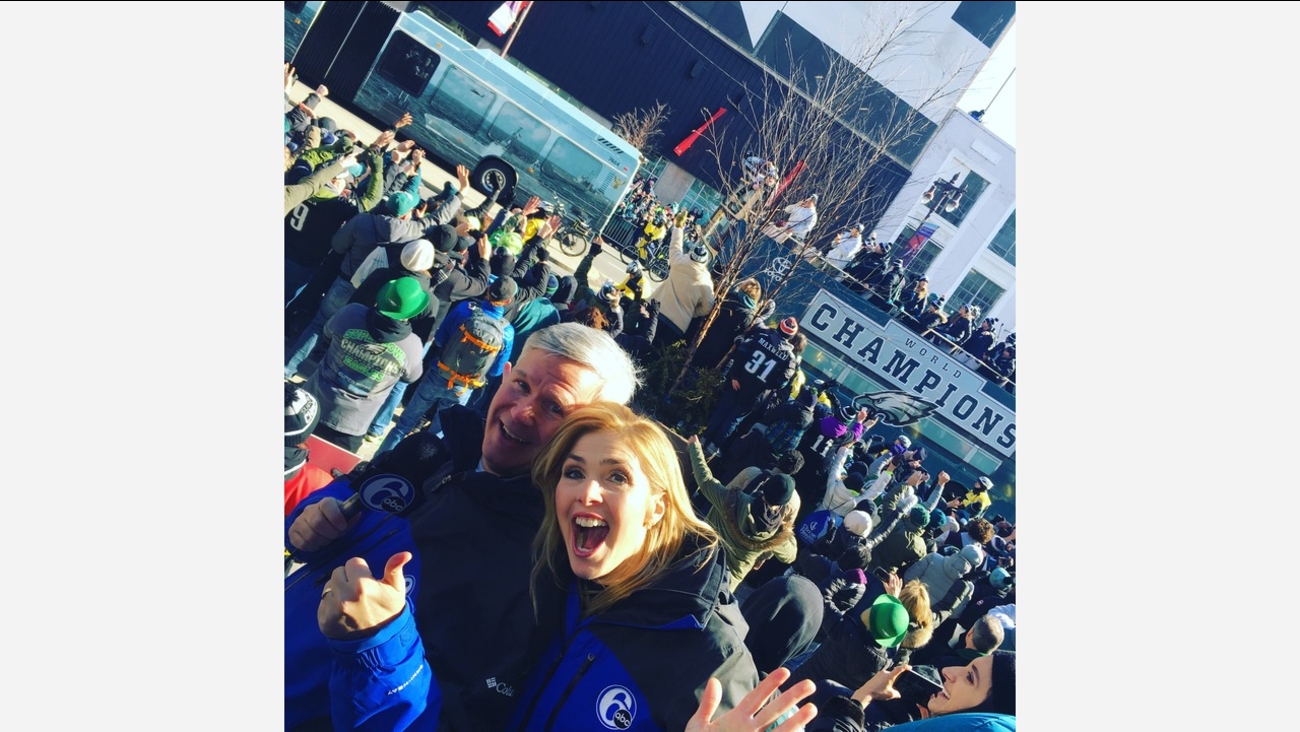 From the steps of the University of the Arts, we saw a sea of green on what was mostly a young and friendly crowd.

They were loud and enthusiastic, shouting fight songs and chants for the team we can call champions.

My favorite comment was from a man who puffed up his chest and said that people have been asking him his whole life "When's the last time the Eagles won the Super Bowl?" This time the answer is simply, "Sunday".

Many fans say they've hardly slept since. They woke up at the crack of down to navigate packed trains and closed roads, but say it was all worth it to cheer the bus-loads of players and former players as they took their victory lap down Broad Street.

The confetti cannons fired and several players got out to shake the hands of their faithful fans.

Several people told me their thoughts are with their loved ones who cheered on the Eagles but passed on before they ever saw their team win a Super Bowl.

This parade was a lifetime in the making, but so worth the wait.
Report a correction or typo
Related topics:
societysuper bowl 52eagles parade
Copyright © 2021 WPVI-TV. All Rights Reserved.
TOP STORIES
1 shot near 69th Street Transportation Center
Biden to make at-home rapid tests free in new COVID plan
Arrest made in murder of Temple University student
KOP man accused of beating officer with flag during Capitol riot
Off-duty Philly officer shot during altercation with another vehicle
MLB owners lock out players, 1st work stoppage since 1995
Dr. Oz is running for Senate in Pennsylvania, but does he live here?
Show More
Penn Medicine researchers working to detect omicron variant
$20K worth of items stolen from Ulta Beauty store in 40 seconds
Woman beaten on train in latest SEPTA violence
A really bad Eagles loss has us rethinking everything
2 arrested in connection with murder of teen at bus stop
More TOP STORIES News