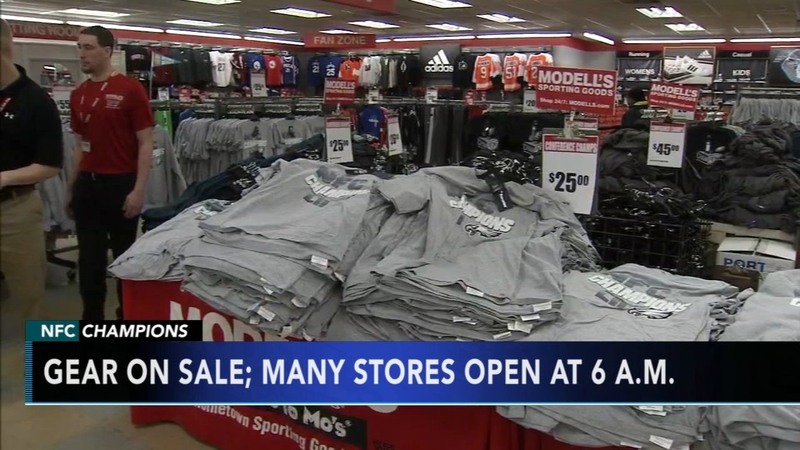 For those you were not able to make it out to the stores after the game, you'll get another chance Monday.

Congratulations, Philadelphia. Get your gear here https://t.co/6VSjEvmIl9 or at local Philadelphia stores. pic.twitter.com/fJEOJelG3O

They quickly placed the new inventory on the racks and shelves.

New caps, scarves, jerseys, t-shirts, pennants were being kept in the back until the clock ran out of the NFC Championship Game.

Dick's will open for business at 6 a.m.

It was the same scene in Modell's in South Philadelphia.

The sporting goods chain was also open late so fans could get the gear as soon as possible.

The Birds are moving on and @Modells is open late so you can get your official NFC Championship merchandise!! Stop by the store or shop online now: https://t.co/q62QKNwU4m pic.twitter.com/pU9OpfaATE

Of course, everything is available online if you don't want to go to the store.