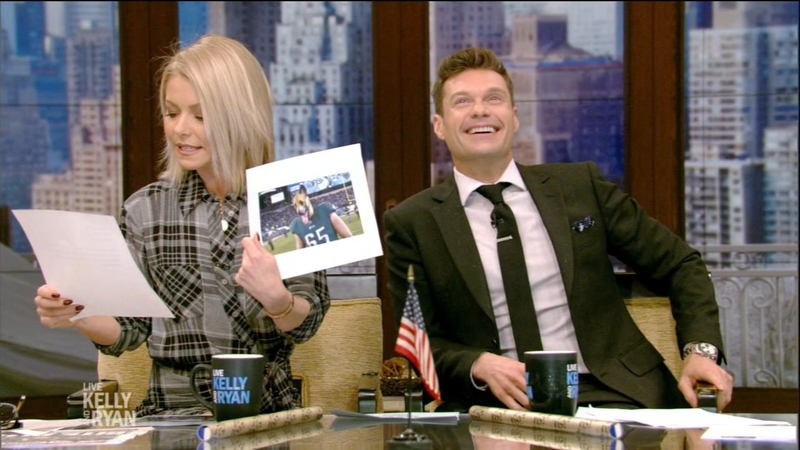 PHILADELPHIA (WPVI) -- So, it turns out, Kelly Ripa's father was not wearing a horse head mask after all. He was, in fact, wearing one of the most popular items during the Philadelphia Eagles' playoff run - an underdog mask!

Ripa told a story on Monday's 'Live With Kelly And Ryan' of her father tailgating the Eagles' NFC Championship Game while wearing what she thought was a horse head.

But she was mistaken.

"I didn't have my glasses on, I just looked at my phone. And I was like 'Pop Pop is wearing a horse's head. I don't get it,'" Ripa said.

On Tuesday's edition, Ripa, of Camden County, New Jersey, corrected the story, by showing a photo of her father wearing a German Shepherd mask.

"They are all wearing dog heads. Why would the Eagles be wearing the dog heads? Because they were the underdogs!" Ripa told the audience.

She said viewers from Philly and South Jersey straightened her out on social media.

Ripa apologized for "not getting it" at first.

"Forgive me. Forgive me," she said.

"It was an honest mistake," her cohost Ryan Seacrest said.