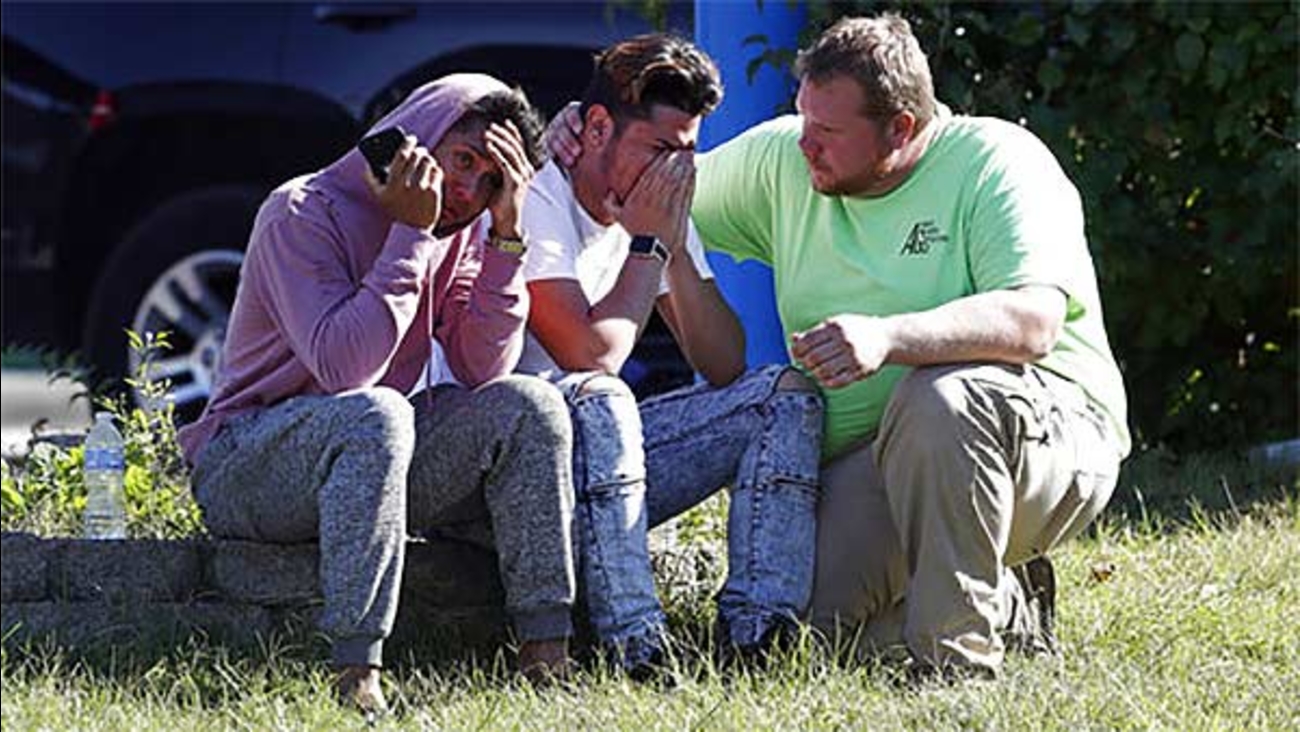 People gather across the street from the scene of a shooting at a business park in the Edgewood area of Harford County, Md., Wednesday, Oct. 18, 2017. (AP)

WILMINGTON, Del. -- Two people who survived an office shooting were still in critical condition Thursday morning, a day after a gunman opened fire on his co-workers at a Maryland kitchen countertop business, killing three and sending police on a 10-hour, multistate manhunt.

Radee Prince, 37, of Elkton, Maryland, shot five co-workers early Wednesday in Maryland, then drove to Wilmington, Delaware, and shot an acquaintance in the head at a used car lot, police in Maryland and Delaware said. 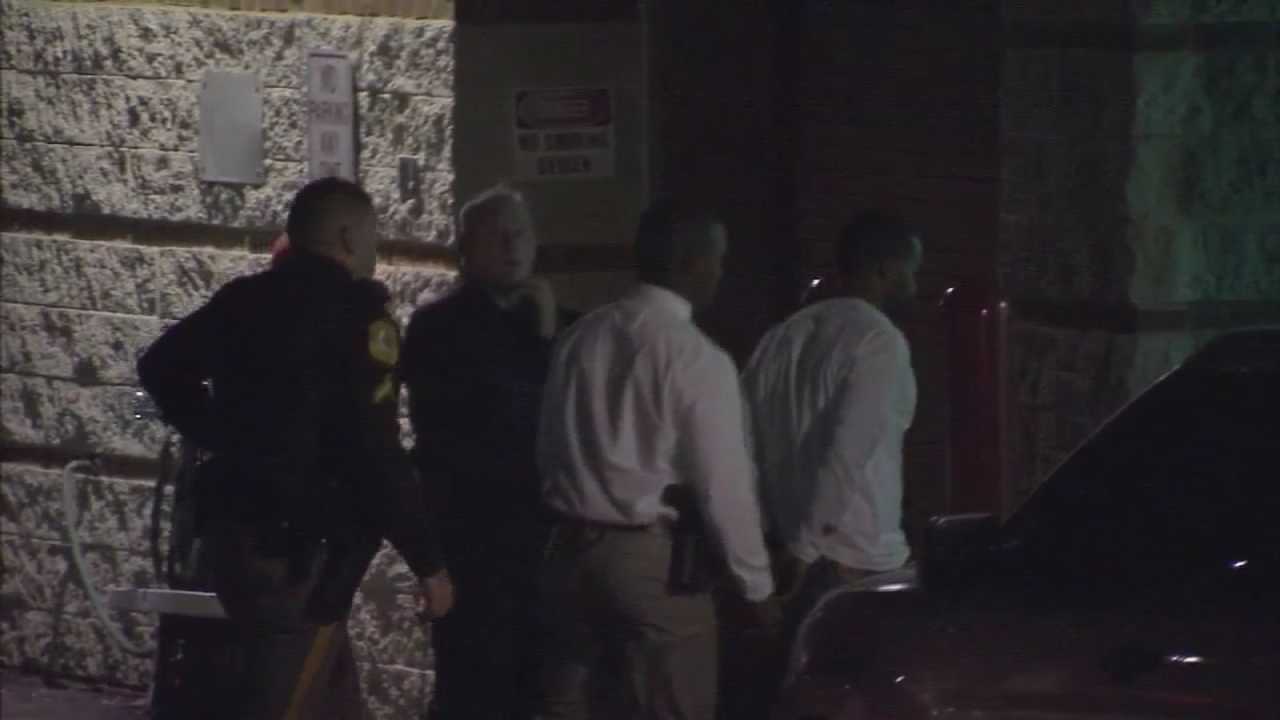 The two survivors of the office shooting remained in critical condition Thursday at the University of Maryland R Adams Cowley Shock Trauma Center, said spokeswoman Karen Lancaster. She declined to release additional details on their injuries.

Wilmington Police Chief Robert Tracy said at a news conference Wednesday night that police and federal agents arrested Prince after they spotted him in the Glasgow neighborhood. He'd left his SUV near a high school and a civilian notified authorities. Officers found him nearby, and he ran about 75 feet (23 meters), throwing away a gun, before being arrested. No one was hurt in the capture.

"I even get chills talking about it because I know what it's like when we do hunt individuals that are desperate," Tracy said.

Tracy said the attacks were targeted and Prince knew each of his victims.

"This is a person with no conscience," he said.

Police say Prince killed three colleagues at the start of the workday at Advanced Granite Solutions in Edgewood, Maryland, and seriously wounded two others. The Harford County Sheriff's Office identified the slain victims Wednesday night as Bayarsaikhan Tudev, 53, of Virginia; Jose Hidalgo Romero, 34, of Aberdeen, Maryland; and Enis Mrvoljak, 48, of Dundalk, Maryland. The wounded employees have not been publicly identified.

Less than two hours after his first attack, Prince drove to a used car lot about 55 miles (90 kilometers) away in Wilmington, and opened fire on a man with whom Tracy said Prince had "beefs" in the past. The man was wounded but survived and identified Prince to police.

The search for Prince clogged the Interstate 95 corridor from Maryland to Philadelphia with cruisers patrolling the highways. Officers were stationed at nearly every median cut-through between Edgewood and Wilmington. Overhead highway signs flashed Prince's Delaware license plate number and the make and model of his vehicle. Maryland Gov. Larry Hogan said helicopters were circling the airspace searching for any sign of the black 2008 GMC Acadia.

Although police have not disclosed a motive for Prince's shootings, his legal record painted a portrait of a man with an alleged history of workplace violence, gun charges, traffic violations and problems with his probation.

A felon with 42 arrests in Delaware, court records showed Prince had been fired from a Maryland job earlier this year after allegedly punching a co-worker. He also faced charges of being a felon in possession of a gun, was habitually late paying his rent, was repeatedly cited for traffic violations, and was ordered to undergo drug and alcohol counseling in recent years.

Earlier this year, Prince was fired from JPS Marble and Granite and scared his prior employer so badly that the man tried to get a restraining order.

At one point, his former boss Philip Siason told the court: "He came to see me, cursed and yelled at me about unemployment benefits. I felt very threatened because he is a big guy and very aggressive on me." Saison said he "didn't want to wait" until Prince became physically violent, and noted his prior gun charge as a reason for feeling particularly afraid of the man. A Harford County District Court judge denied the order, saying the case didn't meet the required burden of proof.

Prince had been a machine operator at Advanced Granite Solutions, which designs and installs granite countertops, for four months, owner Barak Caba told The Associated Press in a phone interview. He said Prince and the five people shot were all employees, but declined to offer any further details.